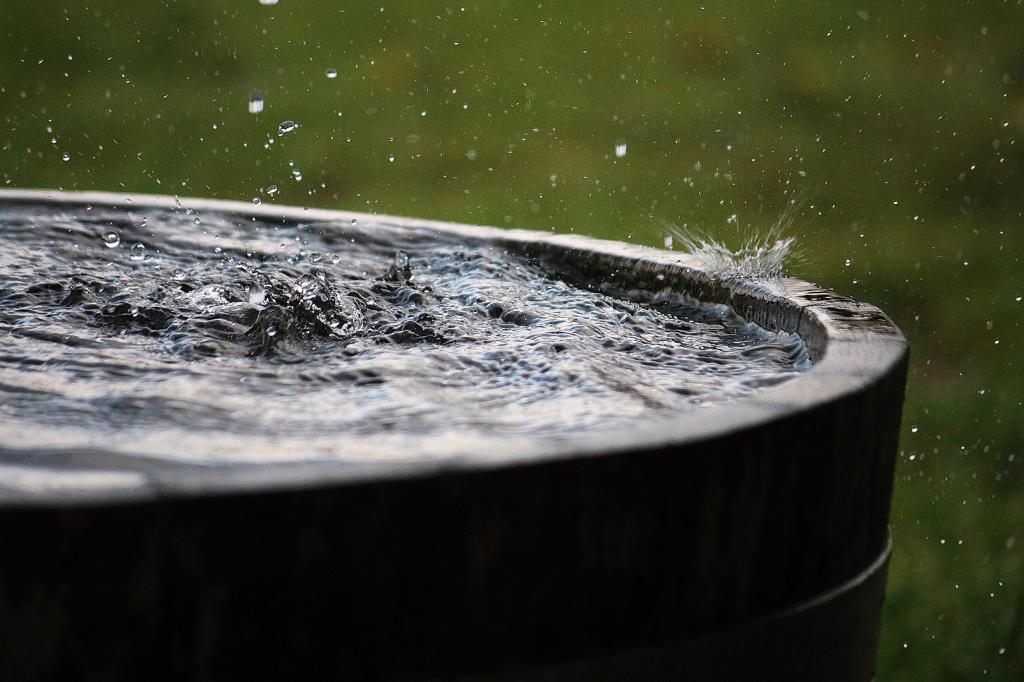 Water is one of the vital components of life. The rapid pace of irrigation growth, urbanisation and industrialisation has put enormous stress on the water resources.

Cumulative impact of the increase in usage of this precious natural resource has led to water scarcity in many regions of the country. Climate change has also resulted in change in the hydrologic cycle.

Across the world, water is becoming scarce. The needs are increasing and the resources are dwindling. Hence, it is necessary that this scarce resource is protected by effective and efficient management, based on sound scientific methodology for its sustainable development.

The need of the hour, therefore, is to adopt innovative practices of groundwater augmentation by rainwater harvesting and artificial recharge, promoting water use efficiency, recycling and re-using water and creating awareness through people's participation in the targeted areas resulting in the sustainability of groundwater resources development, adequate capacity building amongst the stakeholders, etc.

It is here that the responsibility of every citizen comes in, to make every effort locally to conserve, manage and augment our water resources.

A Resident Welfare association (RWA) is essentially a group-housing system in a layout, spread over an area or built into floors of apartments in a building. Whether the houses are laid vertically or horizontally, these neighbourhood communities are registered under cooperative laws or as civil associations.

RWAs are typically registered under the Societies Registration Act, 1860. They are entirely self-financed and self-managed. RWAs are the finest expression of civil society consensus; an answer to urban problems; a tool for community building and for self-management and direct democracy.

An urban resident is endowed with intensive communication skills, fast transport and uninhibited relations with other human beings. They can play a vital role in building up a knowledge-based society.

RWAs now exist in large number in different parts of the country and in some states like Delhi, Uttar Pradesh, Karnataka, Kerala, Tamil Nadu and Telangana, we have federation of RWAs. The confederation of RWAs (CoRWA), founded in 2012, is a pan India apex body of RWAs, located in Hyderabad, Telangana.

Jagannadharaju Nagar RWA in Visakhapatnam was formed in 1993 with a humble beginning with about four members. Today it is one of the most prominent RWAs spearheading the cause of RWA mission in the city.

It is a conglomeration of about 20 apartment complexes and about 50 individual houses, accommodating nearly 1,500 residents.

This RWA has won several awards and appreciations for its achievements in serving the residents at the micro level. It has its own website and has two WhatsApp groups for quick dissemination of any information about the colony’s activities.

It is affiliated to the Andhra Pradesh State Federation of RWAs (APFERWAS) and is associated with several activities both in the colony and in the city of Visakhapatnam on civic issues like solid waste management, rainwater harvesting, clean and green, solar energy, waste composting, women’s security, plastic pollution, etc.

Several members of this RWA have been handling key responsibilities at the Visakhapatnam chapter level and at APFERWAS as well as CoRWA. This authoris currently president of the colony and secretary general of CoRWA.

The colony had organised two national seminars so far on the “concept of model colony” and on “RWAs’ role in combating the degrading urban environment”.

JR Nagar RWA has made significant achievements in the area of rainwater harvesting (RWH) as well as water conservation by implementing a systematic plan of providing the RWH pits as well as by sensitising the residents through various awareness programs.

Since 2012, eight RWH pits have been constructed along the roadside, each of approximately 5’x3’x5’ feet, following the standard technical procedure.  The locations of these pits were chosen based on the topography and the general direction of the rainwater flow in the colony premises.

The RWA has also taken up several awareness programs to sensitise the residents. Residents were taught about the importance of water and the need to conserve it. A 10-point pamphlet in two languages, English and Telugu, was prepared on conservation of water in daily routines.

During the summers, these awareness pamphlets were displayed and distributed to the visitors at “Chalivendrams (Centres for free supply of water)” erected in the colony.

The JR Nagar RWA has thus followed a three pronged approach in water conservation and management to partly meet the alarming water crisis.

In essence, it was demonstrated how an RWA can act as an ambassador to conserve water as well as recharge the water resources in its neighbourhood, thereby protecting the residents from a water crisis.

If all RWAs follow this approach, the water crisis would automatically get reduced and it will be a big step towards environmental sustainability.

About 80 per cent of the domestic water from the apartments and houses (of nearly 1,500 residents) is redirected to the recharge pits within the individual premises and not much water is wasted by overflow.

Over the last nearly 20 years, the colony has not procured water from outside even once. The colony is self-sufficient in terms of its water requirements. Groundwater can be found at only 60-80 feet in this colony even in the present state of degrading water resources. It is hoped that the measures taken may help in sustainable water resource management in future.

The JR Nagar RWA received the “Third Best RWA Award in the country in water conservation and management” under RWAs category of the “National Water Awards-2018” by the Union Ministry of Water Resources on February 25, 2019. The award includes a memento, citation and a cash prize of Rs 1 lakh.