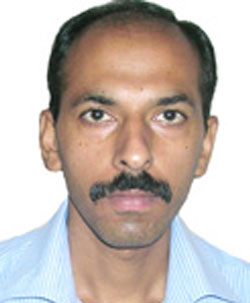 The Indian leopard is reclusive by nature. But of late it is increasingly venturing into the human habitation because of dwindling prey base, habitat loss and poaching. There it preys on dogs, sheep, goats and young ones of cattle. Occasionally, it attacks humans, particularly children and women.

Conflicts arising from leopards straying into human habitation are mounting in the states of Uttarakhand, Himachal Pradesh, Jammu and Kashmir, Karnataka, tea gardens of Assam, Western Ghats and in the suburbs of Bengaluru, Mumbai and Guwahati. The cat, Panthera pardus fusca, declared an endangered species under Schedule I of Indian Wildlife (Protection) Act, 1972, and also listed as “Near Threatened” in IUCN Red List of Threatened Species, usually ends up losing its life in this conflict. Besides, there is a huge demand for its pelt and bones in the international market and even as a substitute to tiger’s bones. Poaching, in fact, is emerging as a key threat to its existence. On an average, at least four leopards are being poached every week in India for the past one decade.

Though no survey of leopard population in India has been conducted, unofficial estimates put their number at about 10,000. About 200 leopards are killed by poachers every year, according to figures compiled by wildlife experts, activists and different government agencies.

In India, the maximum incidents arising from human-leopard conflict in recent years have been witnessed in Uttarakhand and Himachal Pradesh. Last year, with the permission of Himachal Pradesh wildlife department, two male leopards, supposedly man-eaters, were gunned down by a hired shooter from south India in Bharari-Thunag-Bunalidhar forest belt of Mandi district in Himachal Pradesh in violation of the guidelines issued by the Union environment ministry and standard operating procedure (SOP) laid down by the National Tiger Conservation Authority (NTCA).

The operating procedure specifies that only a special committee can decide whether a leopard or tiger is a man-eater. Wherever tigers and leopards are reported to have killed humans, a committee comprising a member from NTCA, state chief wildlife warden, concerned divisional forest officer, a veterinarian, representatives of NGOs working on wildlife conservation in the area and panchayat has to be constituted. The committee has to identify the man-eater by studying pug marks, images from installed camera traps and analysing the DNA of hair and scat. After ascertaining from the circumstantial evidence that the attack on humans was a deliberate act of the big cat, tranquilising and/or trapping should be the first option.

If these efforts fail to yield results, then a man-eater tiger or leopard can be shot dead as a last resort with written permission of the chief wildlife warden who has to give specific reasons for declaring a leopard or tiger as a man-eater. SOP also specifies who can shoot a declared man-eater—a wildlife or forest personnel with the requisite competence must be authorised with a firearm having least bore size of .375 magnum. In case, the state forest and wildlife department do not have a competent person, a shooter can be brought in from another state. Private shooters are barred from taking up the job, the SOP specifies. These processes were not followed in the case of killing of the two leopards in Himachal Pradesh in July and August last year. 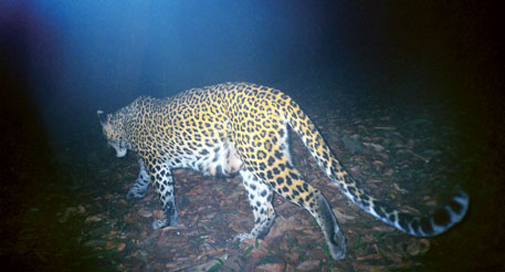 What’s more, the autopsies conducted on the two leopards failed to establish they were “man-eaters”; only dog body parts were recovered from their intestines. A third leopard, just a cub, was also killed in proximity to the area where the two leopards were killed, by irate locals.

More often than not, absence of competent and trained staff to deal with instances of leopards straying into human habitats results in the wild animal's death. Investigations are usually weak, and wildlife officials under pressure declare them man-eaters, and order their elimination.

In Uttarakhand, around 200 cases of leopard attacks on humans are reported annually. More than 60 people have lost their lives in such attacks since 2005, mostly in Pauri Garhwal, Almora and Chamoli districts. In 2008-09 alone, about 188 cases of leopard attacks on humans have been recorded in Himachal Pradesh with more than 26 people getting killed in such attacks since 2005, according to information obtained from state government records.

The entire state of Himachal Pradesh, with the exception of tribal areas of Lahaul & Spiti, Pangi, is witnessing a rise in the number of leopard attacks—the incidents are more in the districts of Kangra, Mandi, Hamirpur and Bilaspur.

In retaliation, a large number of leopards have been killed by bullets, poisoning and using snares. According to estimates, to which senior forest officials have admitted off record, more than 60 leopards are killed in these two hill states each year.

To avert such conflicts, state wildlife departments must launch awareness drives among local residents about the possible causes of such attacks and the preventive measures to be taken so that losses in terms of livestock, humans as well as leopards can be minimised. Residents should be paid ex-gratia in case of attacks/deaths of humans and loss of livestock at the earliest.

Tushar Rattan is a journalist who writes on conservation. He can be reached at tusharrattan@gmail.com