Why southern Africa's peace parks are sliding into war parks

There are very violent confrontations in southern Africa's peace parks. This is partly due to a violent history dating back to the apartheid era that has never been adequately addressed 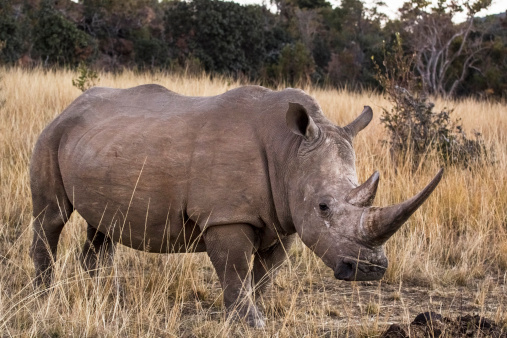 Many books have been written on peace and war. But proposals to promote peace among nations through nature conservation in the war-torn borderlands of India and Pakistan, North and South Korea and other regions have only recently become prominent. These proposals also gained momentum in post-apartheid southern Africa. It took place in the form of cross-border conservation areas popularly known as peace parks.

Peace parks are intended to conserve biodiversity, enable community development and promote a peaceful co-existence of nations. In southern Africa, they are backed by powerful people and companies, major conservation organisations and current and former presidents, like the late Nelson Mandela.

In a recent paper we account for why and how the current campaign against rampant rhino poaching has run counter to the ideals of peace parks. Our argument is that the concept and marketing of peace parks have failed to deal with, and given a proper place to, the region’s violent history.

This history relates to South Africa’s counterinsurgency military tactics that included mass killings and torture inside the country as well as in the region. The apartheid government, headquartered in Pretoria, also destroyed key infrastructure to enforce the region’s dependence on South Africa.

But the omission of this history has had far-reaching and tragically ironic consequences. Violent tactics, some of them with deep roots into the region’s traumatic past, are being used to defend peace parks and rhinos. This violence contradicts the very ideas of peace and harmony that peace parks were supposed to embody.

The history of the region shows that during the Cold War and also under apartheid, there was a great deal of politically inspired violence. South Africa was at the forefront of this violence but the atrocities it committed in neighbouring countries have never been addressed. There has been no politically inspired healing process in the region and it has never been suggested.

South Africa had an inward-looking Truth and Reconciliation Commission that sought to reconcile victims of apartheid-era violence and the perpetrators. A region-wide commission of inquiry was necessary to uncover apartheid-era atrocities in the region and to lay the ground for reparation. Peace parks stepped into this vacuum with a proposition for peace that had no explicit political and socio-economic redress.

Why parks are becoming militarised

In practice, peace parks have been sliding into war parks. We can see this clearly in the Kruger National Park. It is the hotbed of the current rhino poaching crisis.

The Kruger is also at the core of the Great Limpopo Transfrontier peace park between Mozambique, South Africa and Zimbabwe. The Great Limpopo has long been the flagship peace park in the southern African region. But the rhino poaching crisis poses a major threat to this flagship project and hence to the concept of peace parks more generally.

The Kruger has rapidly militarised under retired South African Defence Force major-general Johan Jooste, who leads anti-poaching operations in the park. An arms race between the army and the poachers has ensued and resulted in a brutal conflict. It is estimated that some 500 Mozambicans were killed in the Kruger between 2010 and 2015.

This militarisation, however, does not stand alone. Anti-poaching operations in the Kruger are viewed as part of a suite of violent tactics used by a range of actors.

Government agencies, conservation organisations, wealthy individuals, the general public and many others are involved in a broad range of material, social and discursive violent tactics. These are not only focused on saving the rhino but also as part of a broader campaign to save peace parks.

These peace parks have long been promoted as a magic bullet to all kinds of problems related to development, conservation, the economy and many others. One NGO even refers to them as the global solution. Advocates for peace parks, backed by powerful elites, present them as a dream of a modern, wild and capitalist Africa.

The rhino-poaching crisis presents a major rupture in the dream of peace parks. This rupture seems to have hit many actors hard. It has paradoxically led many of them to start calling for or supporting a violent crackdown on the rhino poaching.

Combine this crackdown with a region that still retains stark memories from recent, unacknowledged dispossessions and atrocities and the result is a highly explosive mix.

One particular worry is how communities living adjacent to the Kruger are affected by anti-poaching operations. Violence in the Great Limpopo has major implications for these communities. There is a belief that poverty drives these communities to work with poachers in order to earn a living. There is also an acknowledgement that local communities are an important ally in the fight against poaching.

As a result, members of communities around the Kruger and nearby private game reserves have been incorporated into anti-poaching efforts. The recruitment of members of the communities as informants may, however, bring mistrust and tensions rather than peace to their areas. And all the while, the war on rhino poaching is also depriving communities of hard-earned access to natural resources.

We have a staunch contradiction where the tactics to save rhinos and peace parks are emphasising war rather than peace. This is especially and tragically ironic for the local communities who have been victims of conservation and political violence in the past. Their brittle development opportunities are now further diminished by the war to save rhinos and peace parks.