'There is a need to introduce climate-smart agriculture in Africa'

In the southern African region, lack of sufficient rainfall led to failed harvests 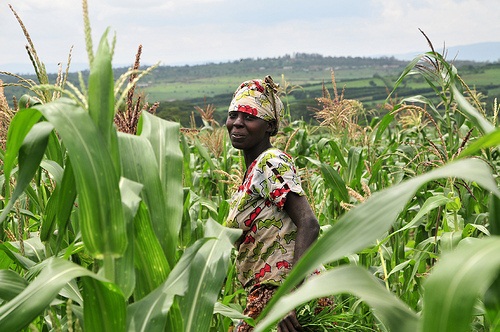 In view of the looming food security crisis across the southern African region, respective governments and humanitarian agencies are stepping up their efforts to ensure that people do not face a tough time in the coming months.

According to an assessment made by the World Food Programme (WFP), the food assistance wing of the United Nations, around 1.5 million people in Zimbabwe will face hunger in the lean season. The government and several agencies are trying to protect vulnerable people from food insecurity.

David Orr, the regional spokesman for WFP in southern Africa, speaks to Down To Earth about food shortage in Africa and what it needs to do to achieve self-sufficiency in crop production.

What is to be blamed for Africa’s food shortage—lack of self-sufficiency in production or a gap in the distribution system?

The food security situation is precarious in Africa. There is supply problem as well and the crisis is more pronounced in Malawi and Zimbabwe. The situation is worrisome in Angola, Mozambique and Madagascar too.

The situation is bad due to erratic weather patterns and dry spells. In the southern African region, rains arrived late last year and did not continue throughout January-February. Lack of sufficient rainfall led to failed harvests.

People do not have access to enough food. There is going to be difficulty in the lean period in Zimbabwe (beginning September this year) and will continue till the harvest is over.

How bad is the situation in Zimbabwe after the crash in maize production?

Zimbabwe has witnessed 50 per cent loss in harvest. Both Malawi and Zimbabwe need to import food as the domestic supply is not enough. There is a need for these countries to supplement the domestic food supply.

The good thing is that both these countries have national cereal stocks to be distributed by the government. The WFP will be working to aid in the distribution.

Prices have started to rise and it will become difficult for the poor to buy food.

Why is the sub-Saharan African region marked by unreliable food access and undernourishment?

Some of the factors affecting food security include population growth, conflicts, displacement, lack of infrastructure, transportation and difficulty of farmers in accessing fertilizers.

In the southern African region, stunting (reduced growth of children) is very high. Around 40 per cent of children suffer from stunting due to the lack of balanced diet.

Another big issue is HIV/AIDS in the southern African region which affects the nutritional state of the people. Treatments are possible only when there is enough nutrition.

Climate change is another big challenge. The most vulnerable are subsistence farmers who are prone to climate shocks. Extreme weather events are recurring and persistent. They are not isolated events and are increasing since the past 20 years.

There is 90 per cent indication of El Nino occurring in the next agricultural season, leading to reduced rainfall. The WFP is working with governments and other partners to increase the resilience of communities so that they can withstand climate shocks.

Does Africa need food security or self-sufficiency in food production?

Agriculture in Africa is mostly practiced by small-scale farmers. One of the main challenges is to empower them, give them the option to store their produce and market it.

Most people in Africa are subsistence farmers and operate on a low scale. The challenge for the local governments and the WFP is to increase their capacity.

Introducing assistance to farmers is something that the FAO and the local governments are working on. In most areas, agriculture is a challenge as it is dependent on rainfall.

There is a need to introduce climate-smart agriculture and water conservation system to make local communities resistant to droughts and floods. Governments should put in place early warning weather system and strategies. Various agencies are working with African governments to put these things in place.