‘The burning of the Amazon will not alter wind patterns’ 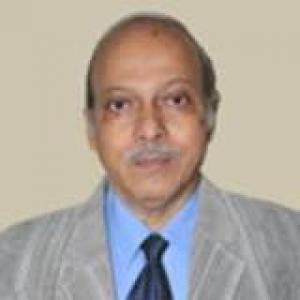 The Amazon has been burning for quite some time now, attracting global attention. How will it affect global warming and weather patterns? Down To Earth spoke to Uma Charan Mohanty, meteorologist and an emeritus professor at the School of Earth, Ocean and Climate Sciences of the Indian Institute of Technology, Bhubaneswar. Excerpts…

Do you think a valuable carbon sink is being lost in front of our very own eyes as we watch the Amazon burn?

Of course. The Amazon, as everybody knows, is a huge area. Its burning will release a huge amount of carbon dioxide and black carbon, both of which will exacerbate global warming.

Media reports have said that the Amazon is the ‘very lungs of the planet’ and that its loss would lead to loss of oxygen, which, in turn, has been denied by some other experts. What is your opinion?

Oxygen reserves will still be present because even though the Amazon is burning, there are still other patches of forest. But since the Amazon is a very large forest area, its contribution to oxygen production is significant. The loss of the Amazon cannot be compensated because there will be a lot of imbalance. Not only will a lot of carbon dioxide and black carbon be released, the reduction in forest area will also decrease the ability of the earth to absorb ozone.

Would the burning of the Amazon also lead to an irreversible change in wind patterns?

Wind patterns will not be much affected by the burning of the Amazon as they are determined by solar heating, which is not going to change so much due to the carbon dioxide released by the fires. Wind circulation is affected in large part by the relationship between the sun and the earth. Global warming only has a small role to play in that.

There are many other fires burning at the moment — in Siberia, in the Congo. Will they have a cumulative effect on global warming?