'If humans, robots work together productivity will be higher'

Naresh Kantoor, managing director of Gurugram-based Encon Systems International, a firm that assembles industrial robots, says these machines do not pose a threat to jobs 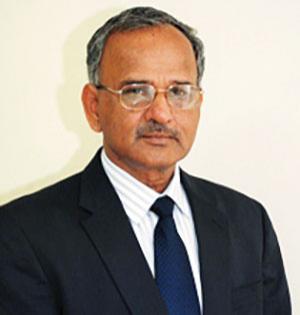 What all can industrial robots do?

These robots can perform a variety of functions such as pick-and- place, welding, palletising and machine tending.

What type of industries buy them?

Big industries have been buying them for quite some time. In the last two yers, smaller industries are buying them. Our smallest customer is a company with a turnover of only Rs 4 crore, which makes it a micro enterprise.

Is there a threshold for a company in terms of turnover, capital or type of work, to use industrial robots?

There is no relation between turnover and robots. Micro, small, medium and big industries are all buying them. The main reason industries buy robots is their consistency in quality and higher throughput.

Are industrial robots financially viable for all industries?

Only giving the price of robots isn't enough because each of them requires quite a few accessories, like platform, mounting arrangement, safety enclosure and other control systems. Typically, a robotic project costs between Rs 12 lakh and Rs 30 lakh, depending upon application. And the financial viability depends upon the application and the type of results that they give you in terms of benefits. Generally speaking, they start giving returns from six months to three years.

At the moment automotive and automotive components are the major sectors buying industrial robots. But now there is also increased scope in sectors such as food, pharmaceuticals, FMCG and electronics.

What kind of jobs are at risk?

Industrial robots are not a risk to jobs. They are only means to increase production. The only thing that needs to be done is up-skilling of workers. Today, people who are trained to handle conventional machines have to be taught to handle industrial robots and retained in industries. If humans and robots will work alongside, productivity will be higher.

Will industrial robots lead to new kind of jobs for humans?

The new jobs that'll be created are robot operators, robot programmers, robot maintenance engineer and technicians. We have trained conventional machine workers to work with robots in as less as a week. But some applications might take much longer.