By Emily B Wong, Alison Grant 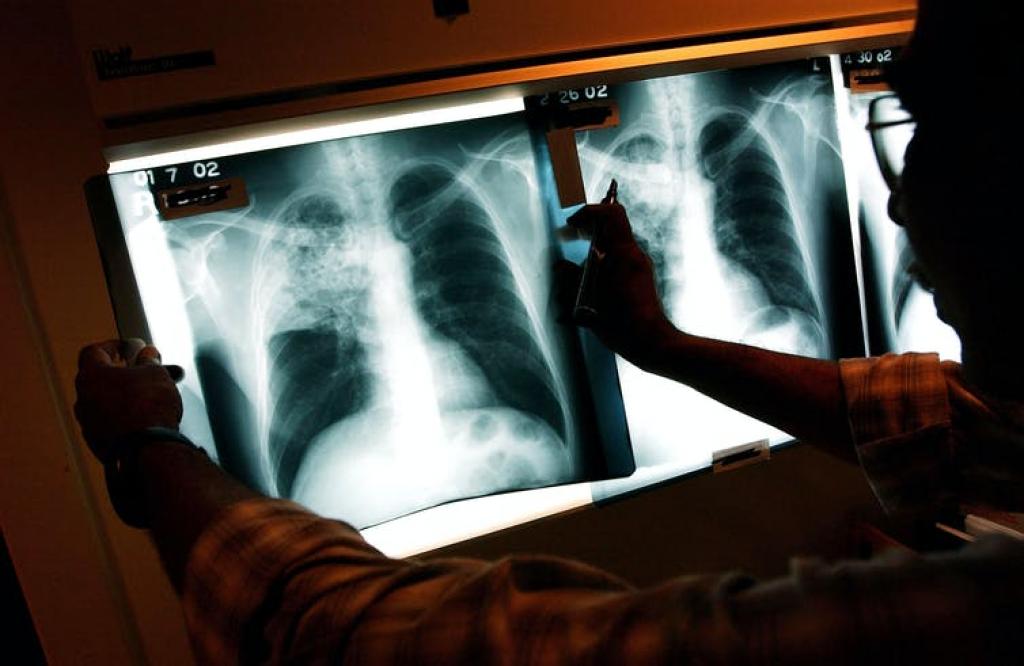 TB prevalence surveys are difficult and expensive to do, and so are not carried out routinely, but have been done in many high burden countries following a World Health Organisation (WHO) recommendation in 2007. In the absence of prevalence survey data, TB estimates are based on the reported numbers of people treated for TB, adjusted to take account of the estimated number of people who have TB but don’t access treatment.

The results show that South Africa has a far higher number of people with TB than previously thought. And many people are living with TB who have not been diagnosed or treated.

The survey was conducted between 2017 and 2019 by the South African Medical Research Council, Human Sciences Research Council and the National Institute for Communicable Diseases on behalf of the Department of Health. South Africa, along with other countries, routinely reports to the WHO the number of people who attend clinics and start TB treatment. But this regularly reported number misses many other people who have TB.

To be included in the TB statistics reported to the WHO, someone has to have visited the clinic for care, had their sputum tested, received a positive result and started TB treatment. People can be lost at any step in this process and their number may not be reflected in the national statistics.

People with TB who are missed or whose treatment is delayed may suffer prolonged ill-health. They may be unable to undertake normal daily activities, and be unable to work, resulting in economic hardship for themselves and their families. In addition, the longer a person has untreated TB, the more likely they are to pass the infection to other people and continue the cycle.

TB prevalence surveys like this one are important because they give a truer picture of the burden of disease. They are conducted in a random sample of people, selected from clusters that represent all provinces and socio-demographic groups in South Africa.

More than 35,000 people participated in this survey. This is a massive undertaking and the only way to get a more accurate picture of how many people in the country truly have TB.

This knowledge is critical because TB remains one of the leading causes of death in South Africa. It claims more lives annually than the COVID-19 pandemic has so far. This is despite TB being a curable disease.

Based on the new prevalence data, the WHO estimates that in 2019, 58,000 people died of TB in South Africa and 1.4 million people died from TB globally.

TB is airborne and highly infectious. It spreads when an infected person coughs, sneezes, or even speaks, and people nearby breathe in the bacteria. It is important to understand what the levels of infection are in the country, especially because some people live with TB for a long time before they start treatment.

This can be months or even years. Some people never get a diagnosis and never start treatment. They may be infectious and pass TB on to other people. They may also have damage to their lungs that is not picked up but may have long-term health consequences. By understanding the true rate of TB in South Africa, we can come up with better ways to find and treat all the people who have TB.

The prevalence survey also flags some important trends. Most of the people whose TB disease was “missed” are men and are HIV-negative. This is similar to findings from other countries in Africa. It is also backed by preliminary results from Vukuzazi, a large-scale community health screening survey we conducted in northern KwaZulu-Natal.

Our previous research has also shown that HIV-negative men are less likely than HIV-positive people or HIV-negative women to attend clinics for health checks. More effort needs to be put into finding and treating people with active TB. In particular, there is an urgent need for research to figure out how to reach HIV-negative men who rarely visit clinics.

An important finding of the national TB prevalence survey is that most of the people found to have TB in the survey did not report having the classic symptoms of TB. These include cough, fever, night sweats and weight loss. This means that we need new diagnostic tools for TB that can help screen large numbers of people, even those who don’t have symptoms.

The Department of Health has emphasised the use of chest X-rays for screening for TB. Because of the logistics involved, this will be challenging to implement, especially in under-served, rural areas of the country. Research into new, accurate and mobile diagnostics should be a priority.

COVID-19 has had a devastating impact on the number of people getting tested and treated for TB. According to new research, testing rates for TB have dropped by up to 50 per cent in the year since South Africa’s COVID-19 lockdown.

Unfortunately, this means that current rates of TB are likely to be even higher than those identified during the pre-COVID-19 era.

Even in light of the economic and health challenges presented by COVID-19, the South African health community must maintain a focus on finding and treating TB. The national TB prevalence survey provides very useful information to guide how to do this.