In Uttar Pradesh’s portion of the Bundelkhand region, farmers’ lands are being auctioned due to their inability to pay loans

Unending drought has turned a number of farmers in the Bundelkhand region, spread over Uttar Pradesh (UP) and Madhya Pradesh, defaulters, so much so that their lands are to be auctioned next week.

Due to their inability to repay loans, the land holdings of 58 farmers in Banda district, UP, are to be auctioned between June 10 and June 22. These farmers owe nearly Rs 50 lakh to a cooperative bank. There are apprehensions that this will defame them publicly.

GL Dwivedi, bank manager, says, “The farmers were given a stipulated period to repay their loans, but they have been unable.”

There are also reports which talk about the auctioning of land holdings of 56 farmers in Hamirpur district, also in Bundelkhand. Similar news about land auctions is also coming from the Mahoba district. 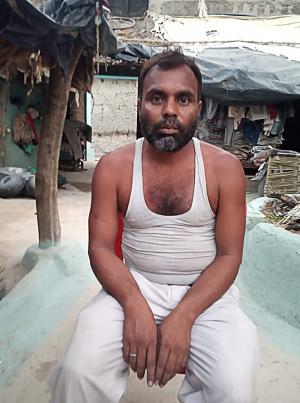 One such farmer in Shamshuddin. About four years ago, the resident of Basahari village in Banda took a loan of about Rs 70,000 to grow crops in his 0.46 hectare plot, but failed to repay it to the bank. As a result, the bank has decided to seize his land and auction it to recover the loan. He has to return Rs 1,01,120 to the bank along with interest.

Shamshuddin could not repay his loan due to the unending drought in the region. He told Down To Earth (DTE) that he had not done any farming activity in his field in the last three years because of the drought. On the other hand, the loan amount has been increasing at a steady pace.

The father of three daughters and one son, Shamshuddin has been working as a daily-wage labourer at a stone-crushing mill. Now, with the bank planning to auction his plot, Shamshuddin says he will knock the door of a private money-lender and borrow money to repay the loan.

There are five more farmers in Shamshuddin’s village whose lands are to be auctioned.

Bharatiya Kisan Union (BKU) leader Harendra Singh Lakhowal told DTE that Uttar Pradesh was not the only region suffering from this problem. Throughout India, attempts are being made to auction farmers’ lands. In Punjab, the country’s once-proud bread-basket, such activities have increased substantially.

In order to save farmers’ lands, BKU is trying to prevent people from arriving at auctions. Such activities are only bound to get bigger in the coming days.

Uttar Pradesh’s Bundelkhand districts have a long history of drought. Due to the unavailability of a secure irrigation system, sowing is undertaken only once a year. That too is completely dependent on the monsoon.

This year, farmers in the region are finding it difficult to earn profits in the absence of rain. Whatever is left from production is finished by stray cattle.

Those farmers who are able to fence their fields to keep the cattle out, have to stand guard throughout the night to protect their crops. Bundelkhand’s farmers are thus having a very difficult year. And now, the banks have come knocking at their doors.

(This story was originally written in Hindi. It was translated by Susmit Panzade)