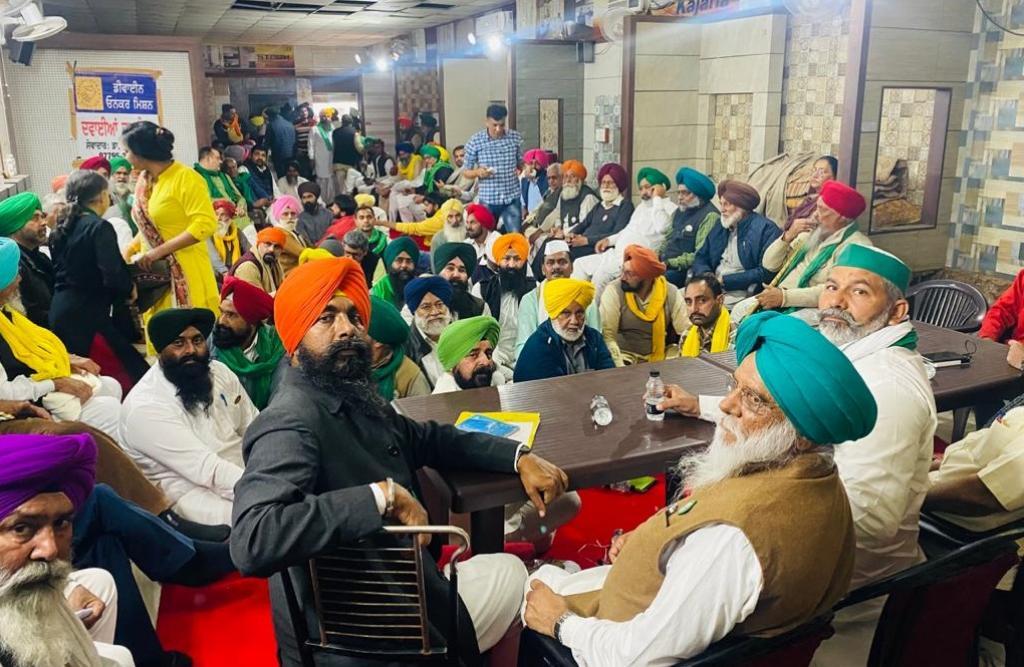 The Samyukta Kisan Morcha, an umbrella body of 40 farmers’ unions which was at the forefront of the year-long protests against the three contentious farm laws, rejected the committee formed by the Centre on minimum support price (MSP) and other issues.

It has decided not to nominate its representatives, claiming the notification does not mention anything on making a law on MSP and whether this question will be placed before it or not.

A legal guarantee to MSP was one of the core demands of the year-long farmers’ protests, which ended when the Narendra Modi government repealed the three contentious farm laws and promised to form a committee on the issue of MSP.

During negotiations between the government and the farmers on ending the protests, the government had sent a letter to farmers’ unions on December 9, 2021. It was signed by the then agriculture secretary Sanjay Agarwal. He has now been named the chairman of the committee. The letter had said that “one of the mandates of the committee will be to ascertain how farmers of the country can get MSP”.

The notification issued July 18 on the formation of the committee, talks about:

Suggestions to make available MSP to farmers of the country by making the system more effective and transparent, suggestions on practicality to give more autonomy to the Commission for Agricultural Costs and Prices (CACP) and measures to make it more scientific.

The announcement of the committee once again led to an exchange of words between the farmer unions and the government.

In Lok Sabha, Union agriculture minister Narendra Singh Tomar said that the government had not assured the SKM of constituting a committee for providing legal guarantee of MSP, but assured the formation of a committee to make MSP more effective.

Meanwhile, SKM issued a statement saying the committee is “anti-farmer and meaningless”. It read:

The Morcha had made public its doubts about any such committee ever since it was announced by the Prime Minister along with the repeal of the three black laws on November 19.

In response to the names for representatives for the committee, the SKM, in an email to the agriculture secretary March 24, 2022, had asked the government’s clarifications on the following questions:

It did not get a reply and on July 3, the national meeting of SKM decided that unless the government clarifies the jurisdiction and terms of reference of this committee, there is no point in nominating a representative to this committee.

“The government did not respond to these questions. Yet, the agriculture minister kept making statements that the formation of the committee was stalled due to non-receipt of the names of the representatives from the SKM,” the farmers’ body said.

“All the doubts of SKM about this committee have come true with the notification issued by the Government,” it added.

SKM went on to call the committee “irrelevant”. “The chairman of the committee is former Agriculture Secretary Sanjay Agarwal, who drafted all three anti-farmer laws. He is accompanied by Ramesh Chand, a member of NITI Aayog, who was the main advocate of these three laws. As experts, it is the economists who have been against giving legal status to MSP.”

Space has been left for three representatives of SKM in the committee, the body added. “But in other places, in the name of farmer leaders, the government has placed its five loyalists who openly advocated all three anti-farmer laws. All these people are either directly associated with the Bharatiya Janata Party-Rashtriya Swayamsevak Sangh or support their policy.”

The new committee will be chaired by former Union agriculture secretary Sanjay Agarwal and will include:

The notification by the government, however, does not give any rationale behind nominating representatives from just four states and on what basis were these selected.

The committee is also mandated to look into two other issues of zero-budget-based farming and “to change crop patterns, keeping in mind the changing needs of the country”, according to the notification.

It is also to suggest farmer-friendly alternative certification and marketing systems for natural farming processes and products. It will also map existing cropping patterns of agro-ecological zones of producer and consumer states.