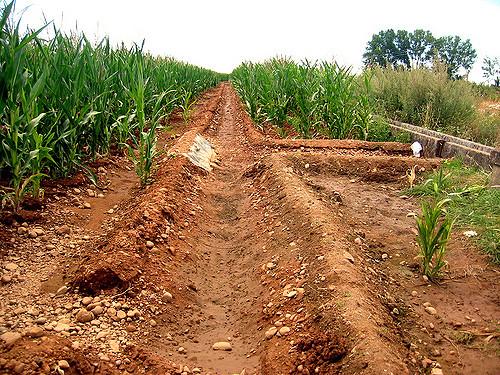 The scheme that was rolled out by Ministry of Agriculture two years ago, with the intention to provide irrigation facilities to every farmer. However, the control of the scheme will go back to the Ministry of Water Resources (MoWR), which was also assigned the scheme initially. A cabinet note is being prepared to facilitate the transfer.

The idea behind transferring the scheme to MoWR is to focus on big projects which have been pending from last two decades. There are more than 89 such irrigation projects.

“The way we have planned, rolled out and started working on the scheme is going to get diluted. The focus on big projects is not going to yield soon as these projects have been stuck in lots of legal issues,” said a government official close to the development.

The to and fro of the scheme may affect its implementation, the official added.

Initially, this pet project of Prime Minister Modi was awarded to water ministry. Soon, the ministry found the scheme to be too daunting as it could not be implemented without panchayat level data. The scheme was then handed-over to the agriculture ministry.

The total outlay for the project for next five year was estimated at about Rs 50,000 crore. Currently, the Union Ministry of Agriculture and Farmers’ Welfare is the nodal agency for the scheme. It coordinates with the Department of Land resources and MoWR for implementation of the scheme. In the past one year, 620,000 hectares (ha) of area has been irrigated through sprinkler and drip irrigation, especially in drought and desert prone areas, claims the agriculture ministry.

Based on the latest data available with the agriculture ministry, the country’s irrigation potential is of 139 million ha, out of which only 92 million ha is being irrigated under different government programmes. The remaining 47 million ha land has to be irrigated under PMKSY. “But no one knows exactly how much area is left to be covered under this scheme,” says S L Jain, former commissioner, Ministry of Water Resources, who was briefly supervising the scheme.