Apart from not factoring in increasing input costs, the renewed emphasis on revised MSP is taking away the focus from key interventions that Indian agriculture needs 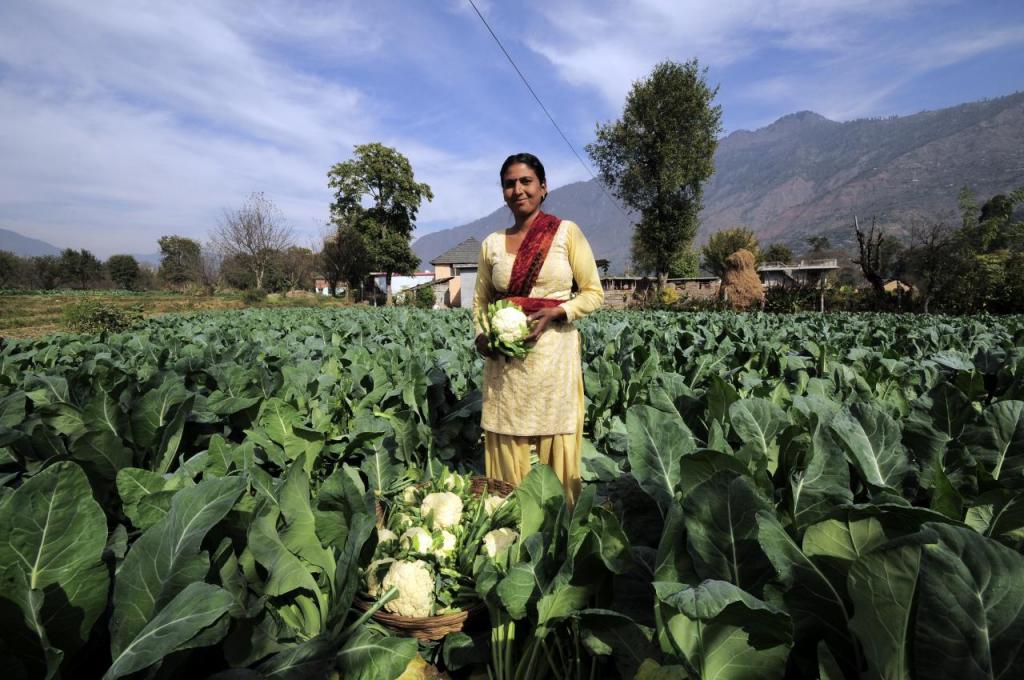 A farmer in her field of cauliflower in Himachal Pradesh's Kullu Credit: Flickr

The Union Cabinet will be approving the new Minimum Support Prices (MSPs) for the notified crops of Kharif season 2018-19 this week. The new MSPs would fetch farmers 150 per cent of the input costs.

Prime Minister Narendra Modi gave an assurance to this effect when he met with 140 farmers who had come to Delhi from Uttar Pradesh, Uttarakhand, Punjab, Maharashtra and Karnataka on June 29.

Farmers across India have been anxiously waiting for the increase in the MSPs, which was announced by Union Minister for Finance, Arun Jaitley during his Budget speech in February this year. The revised MSPs will give them an assurance of the price at which they sell their produce and help them decide which crop would be the most suitable for them to plant.

During the Kharif season, for which the MSPs would be revised, crops like paddy, oilseeds, pulses and cotton are planted by farmers after the onset of the monsoon. This year’s monsoon is forecast to be normal, which is expected to lead to higher planting.

Despite the fact that the revised MSP will cost the national exchequer around Rs 1,75,000 crore in a full year, if market prices are lower than the MSP by 20 per cent, will it really be the silver bullet? The Commission for Agricultural Costs and Prices (CACP), which formulates and recommends MSP, categorises three types of cost of production: A2, A2+FL and C2. “A2” represents the actual cost of farming including seeds, fertilisers and hired labourers. “A2+FL” represents family labourers in addition to A2. And “C2” represents the cost of land rentals or interest on invested capital in addition to A2+FL. As many as 16 agriculture universities and institutions based in 19 states collect data from 10 farms of different sizes every day to ascertain the data related to cost of production.

The profitability of a farmer varies depending on the formula CACP chooses to follow. In 2006, the Swaminathan Commission recommended that MSP be decided on C2+50 per cent as it gives the farmer maximum returns on the investment. In 2014, the National Democratic Alliance (NDA) came to power promising that it would implement the Commission’s recommendation. However, it turns out that the government has considered A2+FL, and not C2, as the cost of production for calculating MSP, which Down To Earth had calculated at the time of the Budget.

Moreover,  farmers will hardly see any gains of revised MSPs as they are already bearing the burden of increased input cost. The increasing fuel prices, rental cost of agricultural equipment and spike in fertliser prices will diminish the gains of MSP in the kharif season.

Where is the money?

So the big question, does the government have the kind of money needed to revise MSP? At the time of the release of the Budget, allocations for the massive volume of procurement that would be required if MSPs were to be guaranteed had not been announced. In February 2015, the Narendra Modi Government had given an affidavit to the Supreme Court of India that it would not be possible to increase the MSP to 50 per cent over input costs for farmers as this would distort the market. Three years down the line came Jaitley’s Budget announcement. And the cost question, if recent reports are to believed, still remains hanging in the air.

However, all this brings to the fore, the very question of where the agriculture sector in India is heading. In an earlier Down To Earth commentary, our Managaing Editor, Richard Mahapatra had sanguinely noted: “The current crisis is a culmination of decades of negligence. Increasing the production of food grains has always been the strategy to sustain farmers and indirectly, make the country self-sufficient in food. That is why whenever a drought strikes, the immediate focus is on bringing water to the farmers’ fields. Expansion of irrigation networks and regular drought relief in terms of temporary income generation activities, such as public wage programmes, become the most important agricultural interventions. While this strategy has helped mitigate farmers’ woes to some extent, it has failed to keep pace with the booming production of food grains. With more produce, the market has become the most important point of intervention. This is where the government has failed, and this is where the seeds of the current crisis have been sown. Farmers with bumper crops need markets to trade, that too at a price that at least earns return on their investments.”

He had also highlighted the futility of MSPs, which are after all, only a politically-correct move or a poll sop to say the least. “But what about the government’s commitment to enforce the minimum support price (MSP) for select farm produces? In fact, the government has now a plethora of schemes and strategies to ensure that farmers are protected from vagaries of the market. Starting from setting up a price stabilisation fund to maintaining prices of certain products and insuring crops against weather uncertainties, the Union government and state governments have implemented close to 200 schemes that cover the complete agriculture cycle of a farmer. But none of the schemes cover even 10 per cent of the country’s farmers. The MSP does not cover 94 per cent of the farmers and does not mean a profit to those who are covered under it,” wrote Mahapatra.

“That is the reason they now dread a normal monsoon. Be it a drought or a more-than-normal monsoon, if you can’t sell your produce with a profit, it is not a trade for sustenance,” he had concluded.