Here are the major policies framed, studies conducted and steps taken in the last year over air and its quality

It’s all in the air: pollution, health risks, wind patterns governing weather conditions and life expectancy. Indian cities are extremely polluted, so much that the country’s Capital is gasping for fresh air at the end of 2018.  National and global studies have confirmed that the state of the air in India poses severe health risks.

While the Centre, state governments, civil societies and the judiciary have come together to check air pollution, policies are being framed to promote and push electric vehicles.

World’s 14 most polluted cities are in India, says WHO

India is home to the world’s 14 most polluted cities, the WHO said, based on the amount of particulate matter under 2.5 micrograms found in every cubic metre of air. These are Kanpur, Faridabad, Varanasi, Gaya, Patna, Delhi, Lucknow, Agra, Muzaffarpur, Srinagar, Gurgaon, Jaipur, Patiala and Jodhpur.

Contrary to perception, it was not just North India that was breathing polluted air in the last week of October. An analysis of the Central Pollution Control Board (CPCB) data showed that almost all cities from north to south indicated deteriorating air quality.

Urban commuting has become one of the most energy- and pollution-intensive activities in India, contributing to increased greenhouse gas emissions, said a diagnostic analysis of key cities of India by the Centre for Science and Environment (CSE), a Delhi-based non-profit.

Fatal it is: Every 8th death in India is due to air pollution

One out of every eight deaths in India is attributable to air pollution and the average life expectancy in the country would have been 1.7 years higher if the air pollution level was less than the minimal level. India State-Level Disease Burden Initiative, published in The Lancet Planetary Health journal, found this data by studying the impact of air pollution on deaths, disease burden and life expectancy in all the Indian states.

In a move to curb air pollution, the Union Environment Ministry banned import of pet coke for purpose of trading in Delhi and its neighbouring states. It had also notified dos and don’ts for the sale and use in cement plan and other industries.

Push to clear pollution in Delhi

As part of its dedicated air pollution abatement programme for 100 polluting cities, the Centre formulated a National Clean Air Programme (NCAP) to fight the menace through a long-term strategy. It set a target to reduce 35 per cent of the pollution in three years and 50 per cent in the next 5 years for the 100 identified cities.

In July 2018, the Punjab Cabinet agreed to revise the terms and conditions of the Paddy Straw Challenge Fund to find a viable technological solution to combat the menace of paddy straw burning.

In September, the Haryana government informed a Supreme Court-appointed environmental panel that it has been able to meet nearly 80 per cent of the target the state had set to provide agricultural implements to farmers to control the practice of stubble burning.

The National Green Tribunal (NGT) on October 2, 2018 directed 23 states and Union territories, including Delhi and Chandigarh, to prepare action plans within two months to bring the air quality standard within the prescribed limit.

World’s cleanest petrol and diesel started being supplied in Delhi after state-owned oil firms advanced rollout of Euro-VI grade fuel by two years in a bid to combat alarming levels of air pollution.

In a decision aimed to rid Uttarakhand of vehicular pollution, the Cabinet approved the electric vehicle manufacturing and battery charging infrastructure promotion policy for the state.

Kerala’s electric vehicle draft policy, which is part of NITI Aayog, aims to reduce number of vehicles on the road with the introduction of modern shared transport system like air conditioned e-bus and e-autorickshaws. The policy was okayed by the state finance department. 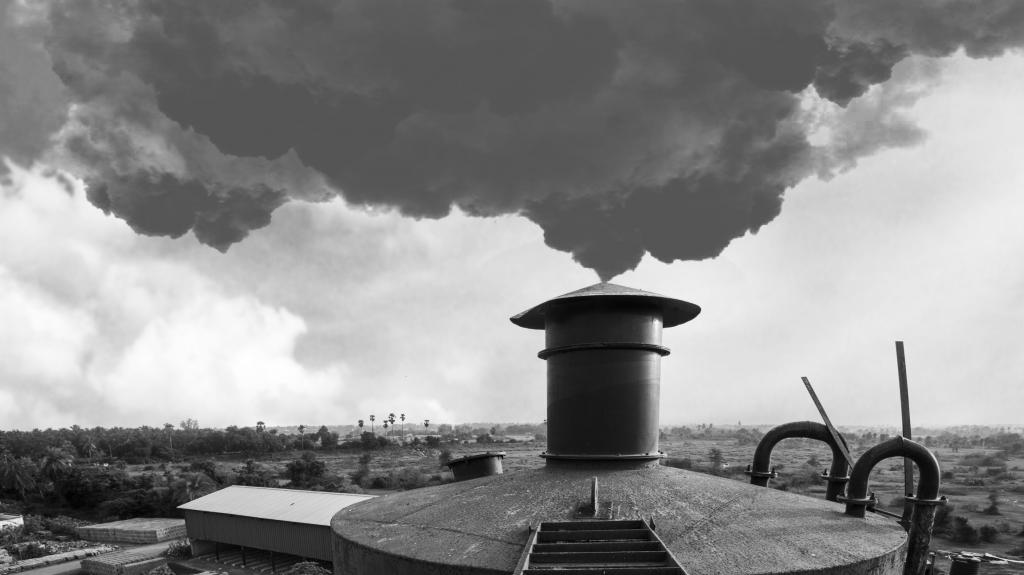 In October, The World Health organization (WHO) found that around 93 per cent of the world's children under 15 years of age breathe air that is so polluted it puts their health and development at serious risk. This accounts for 1.8 billion children.

In July, Niti Aayog proposed 15-point action plan to combat air pollution in 10 most polluted cities in the country, including Delhi, Kanpur and Varanasi

In November, a study conducted by Energy Policy Institute at the University of Chicago said Indians would have lived 4.3 years longer if the 2016 air quality met the WHO’s annual safe air quality guideline of 10 micrograms per cubic metre.

The goal of the National Clean Air Programme (NCAP) was launched in April 2018 with an aim to meet the prescribed annual average ambient air quality standards at all locations in the country.

A study conducted by Louisiana State University in May said that emission from thermal power plants is the largest single-point source of pollution in India.

According to an analysis done by Greenpeace India in January, 550 million people live in areas exceeding national standards for PM10. Also, 180 million reside in areas where air pollution levels are more than twice the stipulated limit of 60g/m3 which has been set by Central Pollution Control Board.

In a major move to fight air pollution, the Delhi government released Draft Delhi Electric Vehicle Policy 2018, which aims to ensure adoption of 25 per cent e-vehicles among new registrations by 2023.

The National Green Tribunal on November 11, expressed displeasure at the failure of West Bengal to take any effective measures to control the bad ambient air quality in Kolkata and directed the state to pay a sum of Rs 5 crore as interim environmental compensation which would be deposited with the Central Pollution Control Board.

Supreme Court on October 29, imposed a ban on all diesel vehicles that are more than 10 years old and petrol vehicles more than 15 years old from plying in Delhi-NCR.

The apex court asked thermal power plants to comply with emission standards for SOX and PM by December 31, 2021.