Why three toddlers were forced to seek SC ban on firecrackers

Citing fundamental right to life, parents make their children as litigants in a first-of-its-kind PIL against the use of firecrackers during festivals 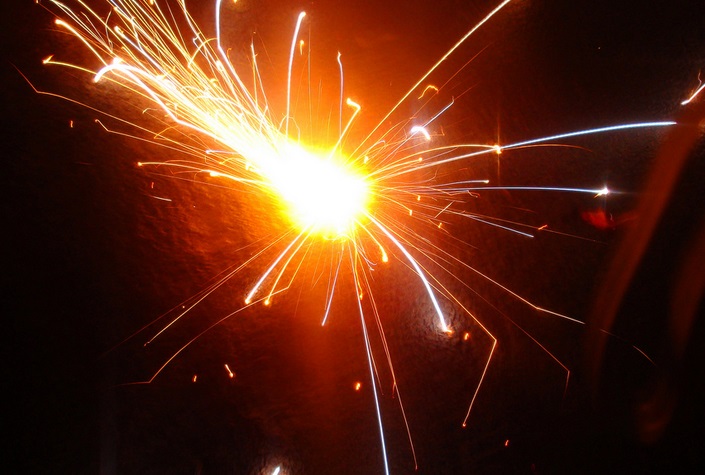 As the festival season arrives, fear of pollution reaching abysmal levels is on a rise.

In a first-of-its-kind case, parents of three toddlers, aged between six and 14 months have approached the Supreme Court seeking its intervention to stop the use of loud firecrackers during Dussehra and Diwali, asserting their children’s right to be brought up in a pollution-free environment.

According to news published by Hindustan Times, petitioners Arjun Goyal, Aarav Bhandari and Zoya Rao Bhasin – all between six to 14 months have sought the apex court’s intervention as authorities have failed to take adequate measures to curb air and noise pollution.

“They are foremost prone to lung disease, asthma, coughing, bronchitis, retarded nervous system development and cognitive impairment,” the petitioners submitted and urged the court to issue immediate orders restraining government agencies from issuing licences for sale of firecrackers in the Capital.


The widespread use of firecrackers in Delhi – declared the most polluted city in the world by the World Health Organization – during the festive season exposes vulnerable infants to severe diseases such as asthma and worsens their lung conditions, the petition said.

Asserting their fundamental right to a clean and healthy environment under Article 21, the toddlers said, “The right to breathe clean air is essential for a conducive environment for growth and development.”

Though the Supreme Court has declared the state as the protector of natural resources, the latter has failed to perform its job effectively, the petition alleged.

Authorities haven’t laid down any guidelines to ensure that manufacturers or sellers conform to environmental norms while distributing these crackers. A look at the licences will “show that environmental and pollution concerns are furthest from the minds of the Government representatives,” the petition said.

Several reports from health journals and research papers were given to the court in support of the petition to show how pollutants released from fireworks worsen the lung conditions of children.

“The imminent advent of festivals that involve widespread fireworks are a clear and present danger to the health of the Applicants and the other children who are residents of Delhi,” the petition said.

It cited a study in Bangalore that shows how a widespread awareness campaign and enforcement mechanisms led to a sharp 32 per cent decrease in pollution levels there during Diwali time in 2013 compared to a year ago. The petition said the ruling brought some respite to Delhi residents but studies thereafter revealed that cases of wheezing, respiratory diseases, exacerbation of bronchial asthma and bronchitis increase by 40 per cent during Diwali.

Meanwhile, the National Green Tribunal on Monday sought response from the Union Government on a lawyer's plea seeking designated time and place for use of firecrackers during festivals like Diwali.

A bench headed by Justice U D Salvi issued notice to Union Ministry of Environment Forests and Climate Change (MoEFCC), Ministry of Commerce and Industry, Petroleum and Explosives Safety Organisation and others while seeking their reply by October 12.

According to Economic Times, the plea moved by advocate Piyush Singh says there is severe impact of firecrackers on the environment and causes air and noise pollution. Singh had contended in his plea that the chemicals released into the environment due to bursting of crackers caused negative effects on the health and "every individual especially children, pregnant women and old people are at an increased risk of suffering health complications due to it".

The petition has also referred to a Supreme Court judgement that said, "In no religious text book it is written that Diwali has to be celebrated by bursting crackers. Diwali is considered as a festival of lights, not of noise."

Earlier in 2005, the Supreme Court had issued directions to restrict the use of fireworks and fixed 10 pm deadline for their use. It also changed the basis for evaluating fireworks from the noise level to its chemical composition.