Conditions to aid and trade 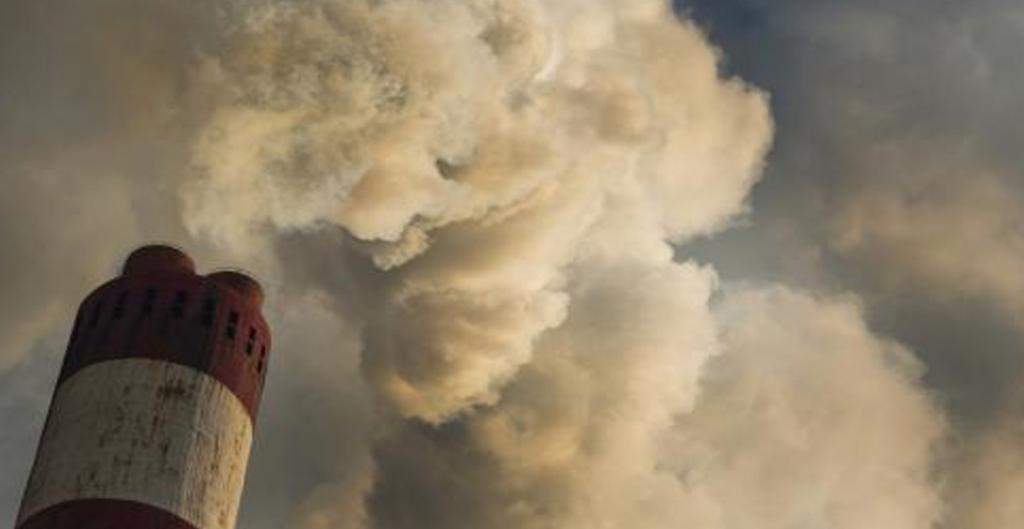 This is in response to the article ‘ngos in Glass Houses’ produced by the Centre for Science and Environment (CSE), and posted on Equity Watch October 25, 2000, which criticises a World Resources Institute (WRI) publication on export credit agencies and climate change. I understand it was also printed in Down To Earth of October 15, 2000 under the title ‘Whose Carbon Hypocrisy’.

We feel it is important for us all to be accountable for the content and the broader political implications of our work. Hence, we welcome critical comments on our work as well as the opportunity to correct misrepresentations of our analysis and conclusions.

Equity Watch charges WRI with urging the g8 to use aid conditionality as a back-door effort to force developing countries to reduce their greenhouse gas emissions, and as a way of ducking their own commitments to reduce greenhouse gas emissions. Specifically, we are charged with urging international financial institutions (IFI) to eliminate all funding for fossil fuel powered projects in developing countries. Allow us to respond.

Equity Watch quotes our press release calling on the G8 “not to undermine their commitments É by continuing to finance new projects that increase greenhouse gas emission.” The commitments we refer to, in this statement, are commitments made by the G8 to promote technology transfer made under the UN Framework Convention on Climate Change (UNFCCC), not the commitment to reduce emissions made under the Kyoto Protocol. This is an important distinction, as the technology transfer commitments is arguably the most important commitment for the south reached in the UNFCCC. A glance at the actual WRI report would have made this point clear. Indeed, in the report, we go on to argue that it is the “ultimate irony” that the US is urging developing countries to take on emission reduction commitments even while it funds environmentally unsound technologies in developing countries.

We feel it is important for the G8 to put their money where their mouth is. For this reason, we called on ECAs and their political masters to invest in renewable energy and clean energy technologies as part of a broader reassessment of their narrow mission of promoting first world business interests. Thus, this was not a call for ECAs to cease all fossil fuel funding (let alone for all aid agencies to do so).

In addition, we advocated broader reforms in the internal functioning of ECAs. We urged ECAs to reform their information disclosure and consultation practices to enable civil society and affected communities to draw their own judgements and voice their own interests with regard to ECA-backed projects.

We also called on ECAs to directly engage developing country governments in bilateral dialogues about the kinds of exports and projects that best meet the host countries’ own development priorities. Thus, we recognise that developing countries can and should represent their own interests.

These positions are in line with those of a broad-based network of northern and southern civil society groups working on ECA reform. The recent ‘Jakarta Declaration’ of this network called for ECAs to “conduct full, transparent accounting for climate change impacts and move to increase investments in sustainable renewable energy.”

Thus, WRI’s position was not reached “without any effort to understand what constitutes democracy and fairness” as Equity Watch charges. Quite the opposite; our call echoes the demands of progressive civil society worldwide. Indeed, it would be interesting to hear Equity Watch’s argument for business-as-usual by ECAs.

Global civil society is stirring today to address the broader and deeper forces that really shape patterns of natural resource use and equity. This is the task that WRI’s International Financial Flows and the Environment project, which supported the work on ECAs, has undertaken and seeks to support. It is ironic that a publication from CSE entitled Equity Watch would criticise WRI for venturing outside the safe confines of narrow environmental advocacy. We welcome continued discussion of this research directly with CSE staff.

Let us not forget that if the suggestion made by some Northern groups is carried out and IFIs start laying conditions of the kind you suggest, developing countries will have to bear additional costs, without having any commitments under the Kyoto Protocol.

The incremental cost of more efficient or renewable technology can vary from US $0.2 million per megawatt (mw), up to US $2.5 million/mw. The companies you say are currently pampered by ECAs will benefit even more, as they will have a legitimate reason to make developing countries buy more expensive technology. India, for instance, plans to add about 8000 mw annually. The additional cost it will have to bear if forced to buy cleaner or renewable technology could therefore range from US $1.6 billion to US $20 billion annually.

There may be some benefit in terms of lower interest rates offered for renewable technology by some Organisation for Economic Cooperation and Development (OECD) countries through ECAs, development agencies or banks, but this will be outweighed as the total interest burden and loan will be higher due to the substantially higher capital cost. Do you think developing countries would have agreed to a clause in the fccc that allows industrialised countries to dictate further conditions to them through bilateral or multilateral financial agencies, and forces them to take on extra costs? Such a suggestion could only come from, and be enforced by, a liberal Northern reading of the article on technology transfer.

‘Broader political implications’ are precisely what we have in mind when we object to the use of financial levers by rich countries to force changes on poor countries. As a global civil society, we have to be aware at all times that international negotiations such as those on climate change will add up to a constitution for an increasingly globalised world. Therefore, the tools that we accept to enforce this global constitution have to be equally available to both the rich and the poor. Anything else amounts to the more powerful bullying the weak.

Your proposal that ECAs’ guidelines should incorporate climate change criteria (or for that matter proposals by other Northern ngos that bilateral or multilateral finance institutions should stop fossil fuel funding) fails on that count. Even though industrialised countries are the bigger defaulters when it comes to greenhouse gas emissions, developing countries cannot retaliate in kind. That makes it an unfair tool.

We object to industrialised countries using not just aid, but also trade sanctions and conditions tied to concessional loans from multilateral and bilateral lending agencies to change policies in the developing world. In the past, such measures have been used both within and outside the ambit of environmental agreements. The US has, for instance, used trade sanctions against Taiwan for not taking action to save the tiger, and banned shrimp trade from several countries in South Asia (including India) because they did not use turtle excluder devices.

You ask for our ‘argument for business-as-usual by ECAs’. You misunderstand us completely, or focus too narrowly on ECAs, if you think we propose business as usual by ECAs. The opposite of saying don’t use unfair means to force developing countries to change their pattern of development is not saying don’t expect change at all. It is saying use fair and democratic systems to bring about that change.

What we need first is a basic framework that recognises the rights of rich and poor, clearly spells out responsibility, and has an in-built set of incentives and disincentives to move away from fossil fuels. Then we would not need the back door to move the world’s energy systems to renewable technologies.

The only way this can happen is if the climate regime clearly spells out per capita rights to the atmosphere, and allows renewables-only trading of excess emissions entitlements. The moment this happens, the maximum pressure will be on the major emitters like the US to want to get out of the carbon economy and the restrictions it places on their development. They will start investing in non-carbon renewable technology. Meanwhile, there will also be a strong incentive for developing countries to keep their emissions well below their entitlement, and profit from selling the excess. You can then be sure that they themselves will demand only clean and renewable technology from ECAs. (Details of this approach are described in our publication, Green Politics: Global Environmental Negotiations -1, and also in past issues of our online newsletter Equity Watch).

You are right that global civil society should ‘address the broader and deeper forces that really shape patterns and flows of natural resource use and equity’. But remember that one of the strongest forces that are detrimental to both sustainable natural resource use and equity, is a top-down approach where the rich tell the poor what they must do. It is this top-down decision-making that you are supporting through your International Financial Flows and Environment project.

We are sorry to say that civil society in the US, in particular, has always encouraged its government to invoke such unfair sanctions, and supported the use of such undemocratic tools. Many of the protestors in Seattle, while opposing globalisation, were at the same time demanding that their governments use trade levers to force action by developing countries on a series of issues, ranging from human rights, labour and Tibet to the environment. Issues that had little or nothing to do with the WTO, and are already being addressed by democratic bodies under the UN (which, by the way, are constantly undermined by the US).

Finally, we are not criticising ‘WRI for venturing outside the safe confines of narrow environmental advocacy’ — we are criticising WRI for working too much within those narrow confines. A broader approach would take into consideration not just concerns for the environment through emissions reduction, but also broader concerns for global democracy. To us, the ‘ultimate irony’ will be if the US, the world’s biggest emitter, can force us to reduce our emissions even as it does next to nothing itself.