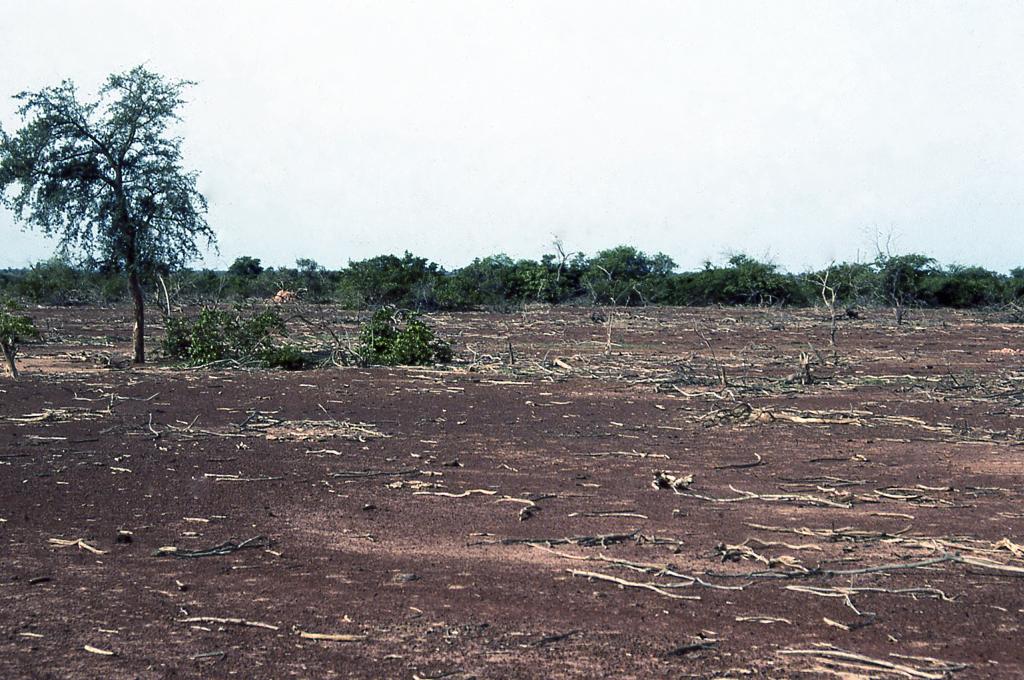 The frequency of thunderstorms in some fast-growing African coastal cities has doubled over the past 30 years, many of which are related to the impact of deforestation on the region’s climate, according to a new study.

The study led by the United Kingdom Centre for Ecology and Hydrology (UKCEH) revealed that more frequent storm activity in coastal areas is a second, previously unrecognised, way in which deforestation can increase flooding.

This study examined southern West Africa, a coastal region where deforestation has been ongoing since 1900 within a 300-km coastal belt.

It analysed three decades of satellite data from southern West Africa to see how meteorological patterns changed as a result of deforestation through changes in heating and humidity of the atmosphere.

The removal of vegetation increases rainwater runoff and landslides, which happened in Sierra Leone’s capital, Freetown, in August 2017 when 1,100 people died.

The little dry season coincides with the peak of the west African monsoon, which brings heavy rain further north in West Africa.

The researchers found that the removal of large areas of woodland greatly exacerbated the effects of global warming in the coastal areas of the region, which includes Guinea, Sierra Leone, Liberia, Ivory Coast, Ghana and Nigeria.

In deforested areas, the frequency of storms has doubled since 1991, but the increase in forested areas has been around 40 per cent.

Deforestation is not the only driver of land surface temperature (LST) trends. At small scales, urbanisation strongly increases LST, affecting parts of Southern Nigeria in particular.

The deforested land had been turned over to use for agriculture and fuel for cooking to support nearby growing populations but the storms and rainfall affect urban as well as rural areas.

The study was published in the journal Proceedings of the National Academy of Sciences (PNAS).

“The extent of increase in coastal storm activity is likely to vary in different regions, depending on the local climate, but we would expect deforestation to have a similar effect in other coastal deforested areas.”

In Africa and South-East Asia, large areas of coastal tropical forest are being destroyed, global climate change has had an impact on communities and drainage and other infrastructures are often ill-equipped to cope with major flooding.

In Sierra Leone’s capital Freetown in particular, the residents are already suffering from multiple, damaging effects of climate change, including extreme temperatures and flash flooding from storms.

Large numbers of people live close to the sea because of the food and economic benefits that it provides.

Previous research has linked deforestation with reduced regional rainfall in Amazonia. In some places, like the Amazon rainforest, different studies have found that deforestation actually causes the area to dry out.

Trees help add moisture to the atmosphere, while deforestation has the opposite effect.

But in coastal West Africa, warmer temperatures over land strengthen the sea breeze blowing in from the water. The breeze helps trigger the formation of thunderstorms.

This study is the first investigation into the impact of deforestation on storm activity in coastal areas.

The study findings provide a warning to fast-growing coastal cities across the world.

Speaking at an event hosted during the most recent United Nations climate conference in November, Yvonne Aki-Sawyerr, the mayor of Freetown, highlighted the growing risks climate change is posing to her city.