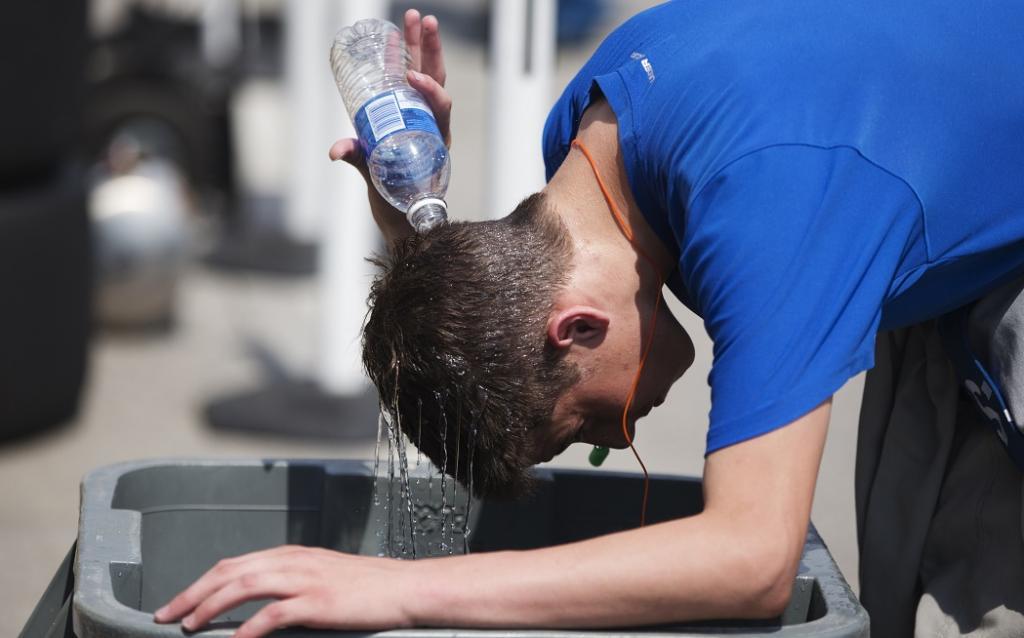 The heatwave on the Pacific coast of North America was cited by the WMO in its report.

The world seems to be on a fast track towards climate catastrophe as four major climate indicators broke records in 2021, according to a new report released by the World Meteorological Organization (WMO) May 18, 2022.

Greenhouse gas (GHG) concentrations, sea-level rise, ocean heat and ocean acidification were the highest since record keeping for these indicators began in the latter half of the 19th century.

The WMO’s State of the Global Climate in 2021 attributed the breaking of records to human-induced GHG emissions.

“This is yet another clear sign that human activities are causing planetary scale changes on land, in the ocean and in the atmosphere, with harmful and long-lasting ramifications for sustainable development and ecosystems,” WMO said in a press release.

The warming happened despite a La Nina phenomenon being active at the beginning and end of the year. La Nina is the cooler-than-normal phase of the El Nino Southern Oscillation in the equatorial Pacific Ocean, which generally leads to a temporary decrease in global temperatures.

About 90 per cent of the excess heat resulting from global warming is absorbed by the oceans. The upper 2,000 metres of the global oceans, where most of the marine species thrive, continued to increase in 2021 and ocean heat in general was at an all-time high.

There was at least one strong marine heat wave in much of the world’s oceans in 2021, according to WMO. The WMO also stated in its report that the global oceans will continue to warm in the future, a change that would be irreversible for hundreds or even thousands of years.

Ocean acidification, which happens due to the direct absorption of CO2 by the oceans, changes the chemical composition of oceanic water. As the acidification increases, the ability of oceans to absorb CO2 also decreases.

The WMO quoted the Intergovernmental Panel on Climate Change as saying that “there is very high confidence that open ocean surface pH (a measure of acidity) is now the lowest it has been for at least 26,000 years and current rates of pH change are unprecedented since at least that time.”

Both, ocean heat and ocean acidification, have a major impact on marine biodiversity, disrupting their feeding, breeding and migrating behaviour.

The WMO said that the main cause for this was the accelerated melting of ice sheets. It added that this could be a major concern for the 200 million people living along coastlines that are less than five metres above sea level. The vulnerability of people to tropical cyclones also increases due to increase in sea levels.

The WMO also highlighted various extreme weather events that occurred in 2021, calling them the “day-to-day face of climate change.”

“Extreme weather has the most immediate impact on our daily lives. Years of investment in disaster preparedness means that we are better at saving lives, though economic losses are soaring,” Petteri Taalas, WMO secretary general, said.

“But much more needs to be done, as we are seeing with the drought emergency unfolding in the Horn of Africa, the recent deadly flooding in South Africa and the extreme heat in India and Pakistan,” he added.

Early warning systems are critically required for climate adaptation and yet these are only available in less than half of WMO’s Members. We are committed to making early warnings reach everyone in the next five years, as requested by the United Nations Secretary-General Antonio Guterres.

The extreme weather events, compounded by the COVID-19 pandemic, have impacted food security in large regions of the world, especially in Asia and Africa, the report said.

They have also caused displacement of people internally. “The countries with the highest numbers of displacements recorded as of October 2021 were China (more than 1.4 million), the Philippines (more than 386,000) and Vietnam (more than 664,000),” according to the report.

António Guterres, secretary-general of the United Nations (UN), called for urgent action to grab the “low-hanging fruit” of transforming energy systems away from the “dead end” of fossil fuels.

“They include greater access to renewable energy technology and supplies, a tripling of private and public investments in renewables and an end to subsidies on fossil fuels, which amount to roughly $11 million per minute,” according to a WMO press release.

The WMO report also forms the basis for the UN climate change negotiations at the UN Framework Convention on Climate Change (UNFCCC) Conference of Parties 27 to be held in Egypt in November 2022.