Have cyclones in monsoon become the new ‘normal’? 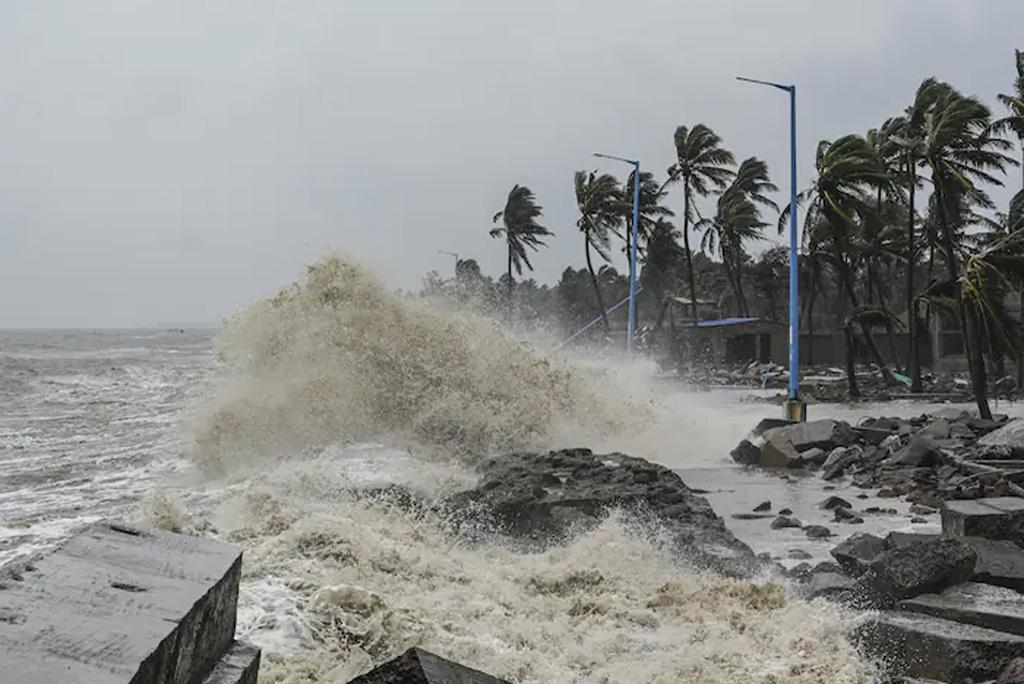 The United States’ Joint Typhoon Warning Center (JTWC) August 18 declared the deep depression formed over Odisha as a tropical cyclone 4B for a short duration.

The weather system threatened the population and crops after heavy rains on August 17 affected 0.46 million people across 12 districts in Odisha.

The tropical cyclones of category 4 have wind speeds between 157 and 200 kilometres per hour. The phenomenon is rare and weather experts warn that such events could become normal monsoon phenomena in coming years.

Cyclones are known to occur during pre-monsoon months of April, May, June and later in October, November and December. But, a full fledged cyclone could have formed last week which is a rare formation, thanks to the climate change that is increasing sea surface temperatures.

The international agency declared it a cyclone for a short duration, but the possibility of its occurrence cannot be denied, Palawat said.

“We are aware that cyclones are increasing in Arabian Sea and now the frequency may increase in Bay of Bengal too. If the cyclones stretch from April until December, its impact and devastation could be a lot,” he said.

However, we will need to wait at least four years more and observe the changes. Given the climate change scenario, it is likely that cyclones in monsoon could become a new normal, he added.

However, K Sathi Devi, a scientist at the India Meteorological Department (IMD), said cyclones during monsoon are rare and the recent event was an exception.

“The event was purely a deep depression and did not develop into a cyclone as the wind speed reduced. Such events can occur when remnants of two or more low pressure systems merge,” she said.

The deep depression moved along the coast and then towards the land, which cut off the moisture supply and put the weather system off, she added.

“Monsoon does not behave same every season. In June there was only some activity in the North East, but as July progressed, rainfall also occurred in other parts of the country,” she explained.

Low-pressure weather systems along with monsoon conditions are required to provide the much-needed rain. August received poor rainfall, but the activity picked up during September.

“Such frequent and continuous low pressure systems help receive rains across the country. The deep depression formed last week has now transformed into a low pressure system and moved to central India and eventually to Rajasthan, providing rains,” she explained.

They provide rains throughout the monsoon season, she added.

Ocean warming is definitely increasing the chances of cyclone formation in the Indian seas, close to the monsoon onset and withdrawal periods, said Roxy Mathew Koll, a climate scientist at the Indian Institute of Tropical Meteorology, Pune.

However, data from a longer period will have to be observed to see if the cyclone occurrences in monsoon become a new phenomenon.”