The IPO’s pattern is similar to El Nino, which has led climate scientists to think that the two are strongly linked 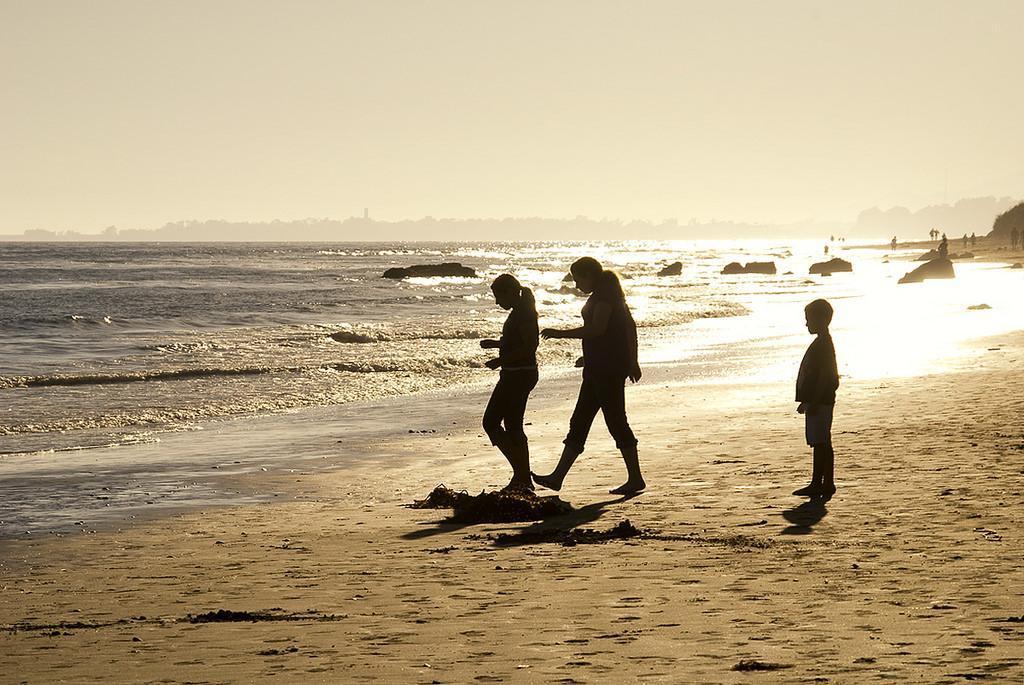 Several recent studies have shown that the IPO phases, El Tío and La Tía, have a temporary warming and cooling influence on the planet

You’ve probably heard about El Niño, the climate system that brings dry and often hotter weather to Australia over summer.

You might also know that climate change is likely to intensify drought conditions, which is one of the reasons climate scientists keep talking about the desperate need to reduce greenhouse gas emissions, and the damaging consequences if we don’t.

El Niño is driven by changes in the Pacific Ocean, and shifts around with its opposite, La Niña, every 2-7 years, in a cycle known as the El Niño Southern Oscillation or ENSO.

But that’s only part of the story. There’s another important piece of nature’s puzzle in the Pacific Ocean that isn’t often discussed.

It’s called the Interdecadal Pacific Oscillation, or IPO, a name coined by a study which examined how Australia’s rainfall, temperature, river flow and crop yields changed over decades.

Since El Niño means “the boy” in Spanish, and La Niña “the girl”, we could call the warm phase of the IPO “El Tío” (the uncle) and the negative phase “La Tía” (the auntie).

These erratic relatives are hard to predict. El Tío and La Tía phases have been compared to a stumbling drunk. And honestly, can anyone predict what a drunk uncle will say at a family gathering?

What is El Tío?

Like ENSO, the IPO is related to the movement of warm water around the Pacific Ocean. Begrudgingly, it shifts its enormous backside around the great Pacific bathtub every 10-30 years, much longer than the 2-7 years of ENSO.

The IPO’s pattern is similar to ENSO, which has led climate scientists to think that the two are strongly linked. But the IPO operates on much longer timescales.

We don’t yet have conclusive knowledge of whether the IPO is a specific climate mechanism, and there is a strong school of thought which proposes that it is a combination of several different mechanisms in the ocean and the atmosphere.

Despite these mysteries, we know that the IPO had an influence on the global warming “hiatus” - the apparent slowdown in global temperature increases over the early 2000s.

Global temperatures are on the up, but the IPO affects the rate of warming. Author provided, data from NOAA, adapted from England et al. (2014) Nat. Clim. Change

When it comes to global temperatures we know that our greenhouse gas emissions since the industrial revolution are the primary driver of the strong warming of the planet. But how do El Tío and La Tía affect our weather and climate from year to year and decade to decade?

Superimposed on top of the familiar long-term rise in global temperatures are some natural bumps in the road. When you’re hiking up a massive mountain, there are a few dips and hills along the way.

Several recent studies have shown that the IPO phases, El Tío and La Tía, have a temporary warming and cooling influence on the planet.

Rainfall around the world is also affected by El Tío and La Tía, including impacts such as floods and drought in the United States, China, Australia and New Zealand.

In the negative phase of the IPO (La Tía) the surface temperatures of the Pacific Ocean are cooler than usual near the equator and warmer than usual away from the equator.

Since about the year 2000, some of the excess heat trapped by greenhouse gases has been getting buried in the deep Pacific Ocean, leading to a slowdown in global warming over about the last 15 years. It appears as though we have a kind auntie, La Tía perhaps, who has been cushioning the blow of global warming. For the time being, anyway.

The flip side of our kind auntie is our bad-tempered uncle, El Tío. He is partly responsible for periods of accelerated warming, like the period from the late 1970s to the late 1990s.

The IPO has been in its “kind auntie” phase for well over a decade now. But the IPO could be about to flip over to El Tío. If that happens, it is not good news for global temperatures – they will accelerate upwards.

One of the challenges to climate science is to understand how the next decade, and the next couple of decades, will unravel. The people who look after our water and our environment want to know things like how fast our planet will warm in the next 10 years, and whether we will have major droughts and floods.

To do this we can use computer models of Earth’s climate. In our recently published paper in Environmental Research Letters, we evaluated how well a large number of models from around the world simulate the IPO. We found that the models do surprisingly well on some points, but don’t quite simulate the same degree of slow movement (the stubborn behaviour) of El Tío and La Tía that we observe in the real world.

But some climate models are better at simulating El Tío and La Tía. This is useful because it points the way to better models that could be used to understand the next few decades of El Tío, La Tía and climate change.

However, more work needs to be done to predict the next shift in the IPO and climate change. This is the topic of a new set of experiments that are going to be part the next round of climate model comparisons.

With further model development and new observations of the deep ocean available since 2005, scientists will be able to more easily answer some of these important questions.

Whatever the case, cranky old El Tío is waiting just around the corner. His big stick is poised, ready to give us a massive hiding: a swift rise in global temperatures over the coming decades.

And like a big smack, that would be no laughing matter.