Although the progress on adapting agriculture to climate change has been slow, the latest climate conference saw discussions on major initiatives in the sector 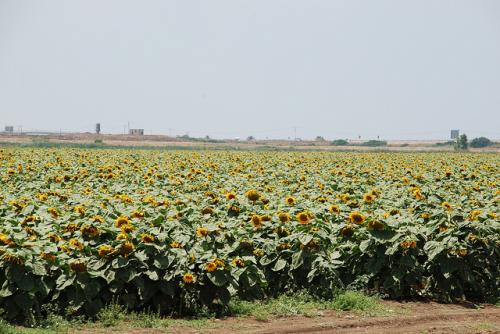 Agriculture is part of the solution in the fight against climate change—this was the sentiment echoed by various stakeholders gathered at COP 22 in Marrakech.

This is established by their respective climate action plans or Intended Nationally Determined Contributions. Almost 95 per cent of countries covered agriculture, and 89 per cent discussed water management in their plans. Most of the countries have considered agriculture among their adaptation or mitigation priorities to help limit global temperature rise, in line with the Paris Climate Change Agreement.

Working towards sustainable agriculture also addresses other global challenges: fighting hunger and malnutrition and sustainable management of natural resources and ecosystems. However, the progress made at COP 22 related on agriculture was very slow and the issues related to agriculture will now be discussed in May 2017.

These initiatives are designed to assist small scale farmers in building their adaptive capacity, to help urban citizens in dealing with the impacts of climate change and to support countries in fulfilling their climate commitments. These action events are part of global climate action agenda, led by France and Morocco.

The African continent is responsible for 4% of global greenhouse gas emissions. However, agriculture in the continent has been impacted adversely by climate change.

Six of the 10 most affected countries by climate change are from Africa. Two-third of Africa’s arable land will be lost due to desertification by 2025. A decrease in agriculture yields could reach to 20 per cent by 2050, even if global warming is limited to 2°C.

According to a 2014 report by the European Commission, climate change is reducing Africa’s GDP by 1.4 per cent. This GDP value loss is largely attributed to the degradation of the agricultural sector under the effects of climate change (temperature rise, droughts and floods)

AAA already has the active support of 28 African countries, several national and private sector entities as well as of the FAO.

“In many countries, adapting to climate change and finding ways to ensure food security and nutrition are part of the same challenge,” said FAO director general, José Graziano da Silva, noting that the widespread adoption of climate resilient practices would boost productivity and farmers’ incomes and lower food prices.

The Global Framework on Water Scarcity supports countries in integrating climate action and sustainable water use into policies for their agricultural sectors and cross-sectoral dialogue, implement their national climate action plans, enhance the development of capacity in the climate-water-food-energy nexus, and shares knowledge and experiences with other countries.

“Higher temperatures, increasing variability of rainfall, more frequent droughts and floods, and sea level rise are all disrupting the amount of water available for crops, livestock, forests and fisheries, seriously affecting livelihoods,” said Maria Helena Semedo, FAO deputy director-general.  She emphasised that agriculture accounts for 70 per cent of global water withdrawals, and more water will be needed to produce nutritious and sufficient food for a growing population.

Several governments and knowledge and investment-related organizations have recently joined this rapidly growing multi-stakeholder platform. The Global Framework on Water Scarcity will support the implementation of the agricultural water management component of the AAA initiative.

In October 2015, 132 mayors from across the world committed to the Milan Urban Food Policy Pact (MUFPP), calling for sustainable food systems in cities and adapting urban food systems against climate change. About one third of the food produced in the world for human consumption every year—approximately 1.3 billion tonnes—gets lost or wasted. Food losses and waste amounts to roughly $ 680 billion in industrialised countries and $310 billion in developing countries. FAO estimates that, without accounting for greenhouse gas emissions from land-use change, this is equivalent to an estimated carbon footprint of 3.3 gigatonnes of carbon dioxide.

This international pact is for sustainable food systems that foster the accessibility of healthy food to urban citizens, biodiversity protection and food waste reduction.

The MUFPP is building a monitoring framework process to assess the progress made by cities in achieving more sustainable food systems, and therefore in the implementation of the Pact.

The initiative explores measures that would facilitate the transition to and invest in sustainable, climate-resilient and more productive agriculture.