The latest CoP26 decision draft urges and urges; and then deeply regrets 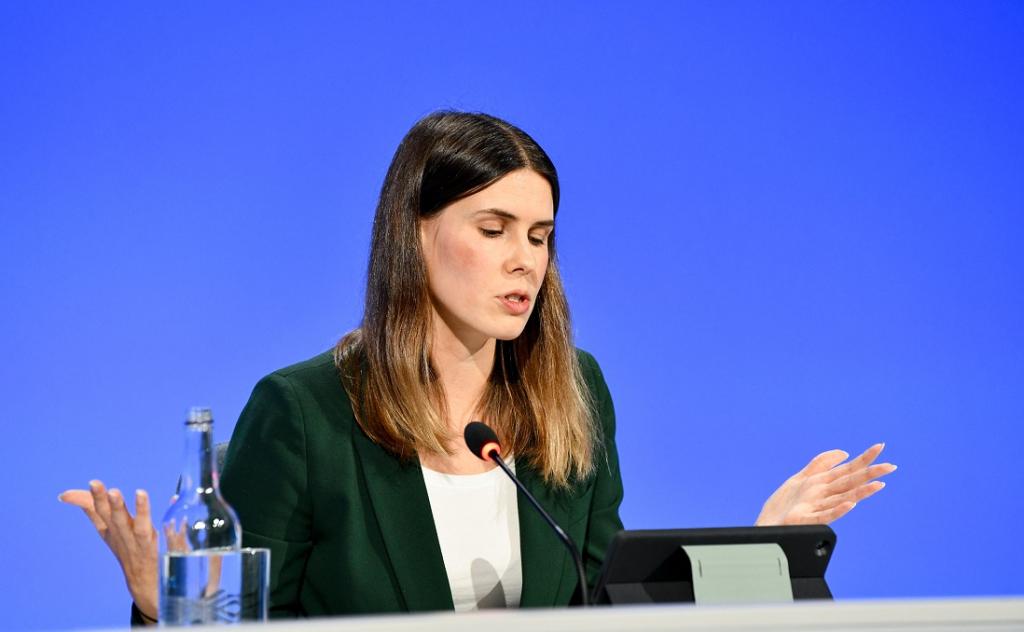 The Presidency of the 26th Conference of Parties (CoP26) to the United Nations Framework Convention on Climate Change released the ‘draft CoP decision proposed by the President’ at 7:10 am local time in Glasgow November 12, 2021 after a night-long parley.

The decision is an improved and strengthened version over the earlier text. But it still falls short of what the world needs according to various scientific reports published leading to and during the summit — particularly the report of the World Meteorological Organization that has also been referred to in the latest agreement.

“I expect more texts to come up and at least a day more will be more required to complete the negotiations,” an expert from the World Resources Institute told this reporter.

A negotiations tracker has expressed satisfaction that loss and damage, which was almost pushed to oblivion in earlier summits, has made a comeback of sorts at Glasgow, with renewed emphasis and hopes to build upon in the next CoP meeting at Sharm el-Sheikh, Egypt in 2022.

The seven-page document with 74 pointers has replaced the subhead ‘science’ in earlier versions with ‘science and urgency’.

It has thus acknowledged the public concern and outcry about the state of climate in the world and predictions made by the Intergovernmental Panel on Climate Change (IPCC) in recent times.

The document has expressed “alarm and utmost concern that human activities have caused around 1.1°C of global warming to date.” It has stated: “Impacts are already being felt in every region.”

The subhead also “stresses the urgency of enhancing ambition and action in relation to mitigation, adaptation and finance in this critical decade to address gaps between current efforts and pathways in pursuit of the ultimate objective of the Convention and its long-term global goal.”

That is a position held by developing countries and supported by a wide spectrum of non-government voices at the summit.

The draft acknowledges the findings of the IPCC AR 6, Working Group I report under the subhead ‘adaptation’.

It “emphasises the urgency of scaling up action and support, including finance, capacity building and technology transfer.” It has urged “Parties to further integrate adaptation into local, national and regional planning.”

The draft has also invited the IPCC “to present to the Conference of the Parties at its 27th session, the findings from the contribution of Working Group II to its Sixth Assessment Report, including those relevant to assessing adaptation needs”.

The draft has urged “developed country Parties to urgently and significantly scale up their provision of climate finance, technology transfer and capacity-building for adaptation so as to respond to the needs of developing country Parties as part of a global effort, including for the formulation and implementation of national adaptation plans.”

It has, at the same time, appreciated the “significant progress compared with previous efforts” in context to the fact that many developed countries have recently increased funding in Adaptation Fund and Least Developed Countries Fund.

The draft has also called upon “multilateral development banks, other financial institutions and the private sector to enhance finance mobilisation in order to deliver the scale of resources needed to achieve climate plans, particularly for adaptation.”

This is a statement that many feel will actually dilute the public funding responsibility of developed countries.

India on the back foot

The draft has also called upon parties “to transition towards low-emission energy systems, including by rapidly scaling up clean power generation and accelerating the phase out of unabated coal power and of inefficient subsidies for fossil fuels,” a key demand of experts.

“Attaining net zero by mid-century as well as acceleration in the phase out of coal power is difficult for India as it still depends a lot on coal power for its development purposes,” an analyst said.

A senior Indian negotiator however indicated earlier to this reporter that neither has been a strict red line:

We can reach net zero by 2050, if developed countries reach theirs by 2030 and China by 2040. As far as coal power is concerned, we are already going for solar in a big way and even the market is catalysing the transition.

The negotiator pointed out that coal power would remain the fulcrum of India’s power generation. “There is nothing new. We have already spelt it out in our nationally determined contributions (NDC) submitted at Paris in 2015,” the negotiator added.

Finance has no real teeth

The draft has also broached upon ‘Finance, technology transfer and capacity-building for mitigation and adaptation,’ the most debated and critical component to implement the Paris Agreement.

It has limited itself to urging developed countries “to provide enhanced support, including through financial resources, technology transfer and capacity-building, to assist developing country Parties with respect to both mitigation and adaptation.”

It has also noted with concern “the growing needs of developing country Parties, in particular due to the increasing impacts of climate change and increased indebtedness as a consequence of the coronavirus disease 2019 (and) pandemic.”

However, the actual ground reality of funding was laid bare when the draft did not make a formal commitment on developed countries providing $100 billion to developing countries by 2020.

It instead just emphasised “the need to mobilise climate finance from all sources to reach the level needed to achieve the goals of the Paris Agreement, including significantly increasing support for developing country Parties, beyond $100 billion per year.”

It admitted “with deep regret that the goal of developed country Parties to mobilise jointly $100 billion per year by 2020 in the context of meaningful mitigation actions and transparency on implementation has not yet been met.”

The draft urged “entities of the Financial Mechanism, multilateral development banks and other financial institutions to further scale up investments in climate action.”

It called for “a continued increase in the scale and effectiveness of climate finance from all sources globally, including grants and other highly concessional forms of finance.”

The draft also spoke about encouraging “relevant multilateral institutions to consider how climate vulnerabilities should be reflected in the provision and mobilisation of concessional financial resources and other forms of support, including Special Drawing Rights”, in an effort to placate highly vulnerable countries.

The ‘loss and damage’ subhead has been strengthened over the last draft. The latest draft acknowledged “that climate change has already caused and will increasingly cause loss and damage.”

It reiterated “the urgency of scaling up action and support, including finance, technology transfer and capacity-building, for implementing approaches for averting, minimising and addressing loss and damage associated with the adverse effects of climate change in developing country Parties that are particularly vulnerable to these effects.”

It further urged “developed country Parties, the operating entities of the Financial Mechanism, United Nations entities and intergovernmental organisations and other bilateral and multilateral institutions, including non-governmental organisations and private sources, to provide enhanced and additional support for activities addressing loss and damage associated with the adverse effects of climate change.”

The draft decided “that the Santiago network will be supported by a technical assistance facility to provide financial support for technical assistance for the implementation of relevant approaches to avert, minimise and address loss and damage associated with the adverse effects of climate change in developing countries.”

It urged “developed country Parties to provide funds for the technical facility and for the operation of the Santiago Network.”

The Santiago Network is expected to connect vulnerable developing countries with providers of technical assistance, knowledge and resources they need to address climate risks comprehensively.

“In this CoP, we just hope that the door on loss and damage will be further opened so that we can take it forward to the next CoP which is deemed to be a vulnerable countries CoP, earlier,”  Saleemul Huq, a loss and damage expert and advisor of least developed countries, said.

“With loss and damage finally being considered independent of adaptation and at least a technical facility being created, the loss and damage issue seems to have made some sort of comeback,” an expert said.

Harjeet Singh, a senior advisor of Climate Action Network International, has put things in perspective and pointed out how developed countries are still averse to offer real help to save millions from loss and damage.

“The current text on addressing loss and damage fails to provide financial support to vulnerable communities experiencing droughts, floods and cyclones that are ruining their homes and incomes,” Singh said.

A good outcome, not a diplomatic one

In the ‘implementation’ sub section, the draft outlines a wish list that seems to have all the right words but hardly reflects the reality on the ground.

It “recognises the need to ensure just transitions that promote sustainable development and eradication of poverty and the creation of decent work and quality jobs, including through making financial flows consistent with a pathway towards low greenhouse gas emission and climate-resilient development, including through deployment and transfer of technology and provision of support to developing country Parties.”

“Loss and damage presumably will be part of discussions for the new finance proposal for 2025,” Aarti Khosla, a negotiations tracker, said.

She further said the “text seems to retain all the elements”.

“The question is how much they mean in reality and what they will mean in simple terms. We do need a good outcome and not just a diplomatic outcome,” Khosla, who is in Glasgow, added.

Ministers and senior country representatives are expected to meet around mid-day Glasgow time (evening in India), to further work on the draft and reach a consensus, which may be called a ‘Glasgow breakthrough’.

But many feel, more drama and hence more negotiations, are likely to be in store.