Time for degrowth: to save the planet, we must shrink the economy

Increased development is always unsustainable, so let's stop kidding ourselves 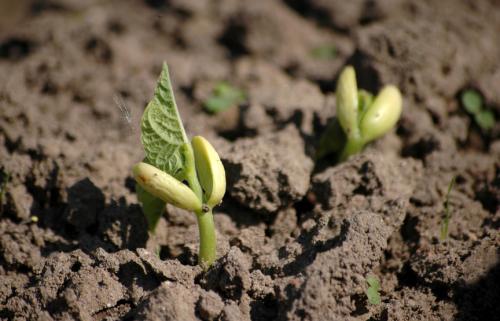 What is so refreshing about the UN’s Sustainable Development Goals is that they recognise the inherent tension between economic development and the ecology of our planet. Or so it seems. The preamble affirms that “planet Earth and its ecosystems are our home” and underscores the necessity of achieving “harmony with nature”. It commits to holding global warming below 2℃, and calls for “sustainable patterns of production and consumption”.

This language signals awareness that something about our economic system has gone terribly awry – that we cannot continue chewing through the living planet without gravely endangering our security and prosperity, and indeed the future viability of our species.

But if you look more closely, a glaring contradiction emerges. The core of the SDG programme relies on the old model of indefinite economic growth that caused our ecological crisis in the first place: ever-increasing levels of extraction, production and consumption. SDG 8 calls for “at least 7% GDP growth per annum in the least developed countries” and “higher levels of economic productivity” across the board. In other words, there is a profound contradiction at the heart of these supposedly sustainable goals. They call for both less and more at the same time.

This call for more growth comes at an odd moment, just as we are learning that it is not physically possible. Currently, global production and consumption levels are overshooting our planet’s biocapacity by nearly 60% each year. In other words, growth isn’t an option any more – we’ve already grown too much. Scientists tell us that we are blowing past planetary boundaries at breakneck speed and witnessing the greatest mass extinction of species in more than 66m years.

The hard truth is that our ecological overshoot is due almost entirely to over-consumption in rich countries, particularly the West.

SDG 8 calls for improving “global resource efficiency” and “decoupling economic growth from environmental degradation”. Unfortunately, there are no signs that this is possible at anything near the necessary pace. Global material extraction and consumption grew by 94% between 1980 and 2010, accelerating in the last decade to reach as high as 70 billion tonnes per year. And it’s still going up: by 2030, we’re projected to breach 100 billion tonnes of stuff per year. Current projections show that by 2040 we will more than double the world’s shipping, trucking, and air miles – along with all the things those vehicles transport. By 2100 we will be producing three times more solid waste than we do today.

Efficiency improvements are not going to cut it. Yes, some GDP growth may still be necessary in poorer countries; but for the world as a whole, the only option is intentional de-growth and a rapid shift to what legendary ecological economist Herman Daly calls a “steady-state” that maintains economic activity at ecological equilibrium.

De-growth does not mean poverty. On the contrary, de-growth is perfectly compatible with high levels of human development. It is entirely possible for us to shrink our resource consumption while increasing things that really matter such as human happiness, well-being, education, health and longevity. Consider the fact that Europe has higher human development indicators than the US in most categories, despite 40% less GDP per capita and 60% less emissions per capita.

This is the end toward which we must focus our full attention. Indeed, the surer route to poverty is to continue on our present trajectory, for, as top economist Joseph Stigltiz points out, in a world of ecological overshoot, GDP growth is diminishing living standards rather than improving them.

We need to replace GDP with a saner measure of human progress, such as the Genuine Progress Indicator, and abandon the notion of exponential economic growth without end. Sadly, the SDGs pass this urgent challenge down to the next generation – at the bottom of SDG 17 it states: “By 2030 build on existing initiatives to develop measurements of progress on sustainable development that complement GDP.” In other words, they shelve the problem until 2029.

But what of employment? Whenever I lecture about de-growth, this is always the first question I get - and we have to take it seriously. Yes, de-growth will require eliminating unnecessary production and work. But this presents us with a beautiful opportunity to shorten the working week and give some thought to that other big idea that has captured the public’s imagination over the past couple of years: a universal basic income. How to fund it? There are many options, including progressive taxes on commercial land use, financial transactions, foreign currency transactions and capital gains.

Let’s face it – in an age of rapid automation, full employment on a global scale is a pipe dream anyhow. It’s time we think of ways to facilitate reliable livelihoods in the absence of formal employment. Not only will this assist us toward necessary de-growth, it will also allow people to escape exploitative labour arrangements and incentivise employers to improve working conditions – two goals that the SDGs set out to achieve. What’s more, it will allow people to invest more of their time and effort into things that matter: caring for their loved ones, growing their own food, nourishing communities, and rebuilding degraded environments.