Is there a legal way to hold the world's second largest emitter accountable for withdrawing from the Paris Agreement? 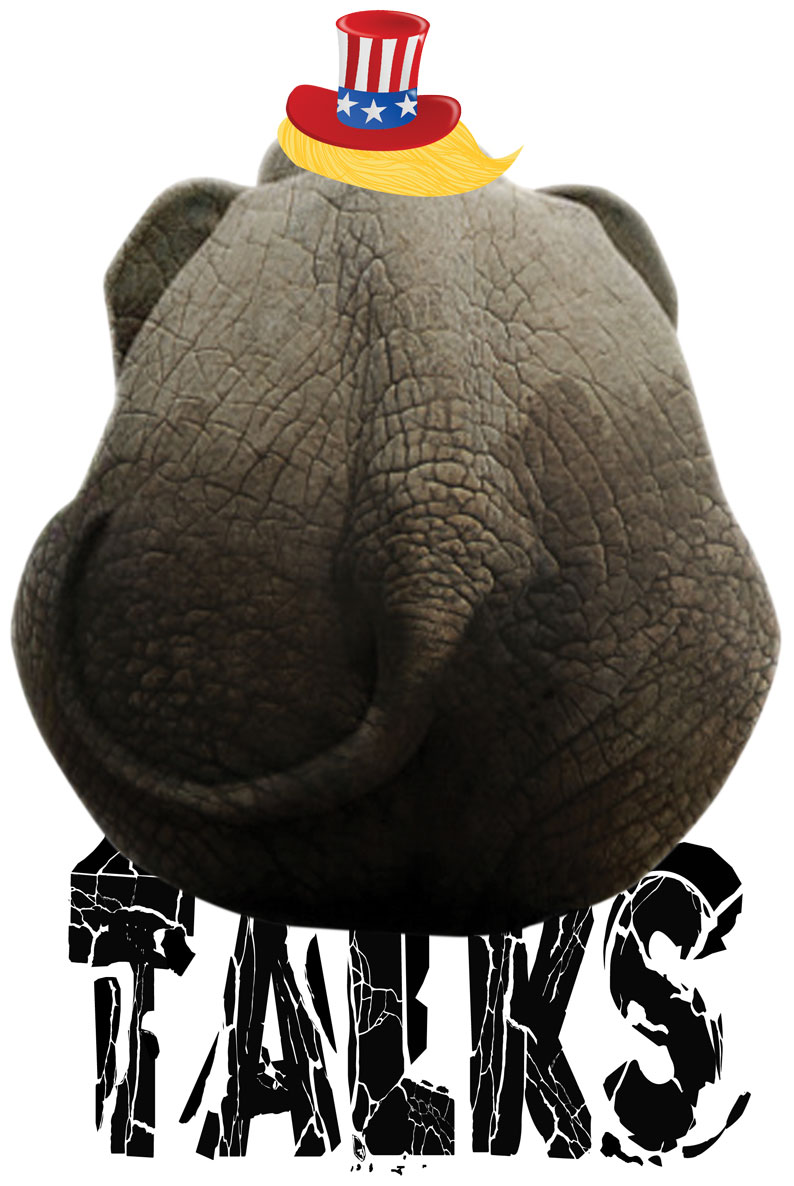 Drama is not the first word that comes to mind when one thinks about global climate policy negotiations and yet dramatic would be an apt word to describe the fate of the Paris Agreement on climate change. On June 1, Donald Trump, president of United States of America (US), which is by far the heaviest polluter historically, pulled America out of the landmark Agreement on climate change to limit global warming by 2 degrees Celsius.

In his typical style, Trump brandished half-truths and full lies with equal flair as he dumped the Agreement for being “unfair to Americans.” During his presidential campaign last year, Trump had infamously called climate change a hoax. Since his election, several personalities have tried to school the President on the issue. But his address from the White House Rose Garden about the Agreement skirted climate change altogether. Instead, Trump delivered a 25-minute tirade against the perceived global conspiracy to hurt the US economy. While his lack of competency in climate science is well known, Trump’s speech betrayed a lack of comprehension of both the economy and the Paris Agreement itself.

Trump believes fossil fuels can help the US achieve 3-4 per cent growth. So in March, he signed a sweeping Executive Order on “Promoting Energy Independence and Economic Growth”, which pushes coal mining on federal land, revokes carbon pollution standards from the power sector and halts the implementation of the clean power plan that aims at reducing carbon dioxide emissions from US power plants. The only problem: coal is long past its date of competitiveness with renewable sources of energy. Solar energy systems are becoming cheaper by the day. As per a report by the US department of energy’s Lawrence Berkeley National Laboratory (Berkeley Lab), cost of solar photovoltaic (PV) systems is declining by 5 per cent year-over-year for residential systems, and by 7 per cent for smaller non-residential systems. Galen Barbose, the author of the report, says that 2015 marked the sixth consecutive year of significant price reductions for distributed PV systems in the US.

Even the previous US administration pushed for renewables. In 2016, the country added 27 gigawatts (GW) of electricity generating capacity in the county, of which over 60 per cent is from renewables. The capacity of renewables installed in the US in 2016 is equal to the total amount of coal power capacity augmented over the last 15 years. Studies also point towards growing popularity of electric vehicles in the country.

The US president’s grasp of the Paris Agreement is also non-existent. He believes that the Agreement imposes “draconian financial and economic burdens” on the US, while the truth is that its terms were custom-made to fit America. For example, the Agreement was made non-punitive and voluntary to allow the former US President Barack Obama to bypass the US Senate in ratifying it. This is the reason Trump could unilaterally pull the US out of the deal.

The US is also the reason all the 194 countries in the Agreement have pledged to reduce their greenhouse gases emissions, even though many are not even responsible for the current situation. And the US, in return, pledged to a reduction of just 26-28 per cent, considering 2005 as a baseline. This amounts to a mere 13-15 per cent reduction by 2025, considering a 1990 base-line. In comparison, the European Union has committed to reduce emissions by 40 per cent below 1990 levels by 2030.

But Trump’s world view is one where competition is eternal and cooperation is farce. “It seems like Donald Trump doesn’t understand how this agreement works. This is an agreement that is built on collaboration, not competition,” says Navroz Dubash of non-profit Centre for Policy Research. “The agreement only works with the momentum created by countries doing more than what they indicated and both China and India are good examples of countries that are overshooting their nationally determined contributions (NDCs),” he adds. Current investment trends show that both India and China comfortably overshoot their targets of reductions in emission intensities of 33-35 per cent and 60-65 per cent respectively.

While the inconsistencies in Trump’s stance are glaring, the withdrawal of the US, for many, is simply history repeating itself. By far the heaviest polluter historically, the US had dealt a similar blow to international efforts on climate change by withdrawing from the Kyoto Protocol in 2001. After the withdrawal, the Protocol ceased to be an effective instrument to bring about cohesive climate action as it ended with just 55 per cent ratification. Fears are that the Paris Agreement may end up with a similar fate.

The US walkout can potentially shake the faith of other nations in the agreement. While there is no possibility under international law for the Paris Agreement to be rolled back and “exited out of force”, other countries could conceivably claim a right to back out of the agreement terming the US withdrawal as a “fundamental change of circumstances”.

The US pull out has also left a deep void in terms of who should take leadership in the climate change issue. During its predecessor Kyoto Protocol’s period, the European Union (EU) was the undisputed leader in climate change negotiations. By taking a slew of positive domestic measures internally and pushing others for eventual ratification of the Kyoto Protocol when the US pulled out of it, proved EU’s diplomatic capabilities as a soft power in dealing with a subject that it considered critical apart from an issue of high-politics. But the EU has its hands full dealing with a variety of energy needs and preferences within the group, internal financial instability and BREXIT. China, in recent months, has demonstrated on several global forums that it isn’t averse to taking leadership issue and is rapidly expanding its renewable energy potential. However, China has no proven track record on climate action. As a pragmatic solution to this problem, an EU-China coalition is expected to materialise soon.

An immediate test of such a coalition would be the line of action to be taken against the US in order to dissuade other nations from joining its ranks. They can undertake counter-measures, according to the international law under the Vienna Convention on the Law of Treaties (VCLT). The US is not a member of VCLT, but the provisions are regarded to reflect customary international law. Counter-measures backed by the majority of the world could have disastrous ramifications for the US as several sectors depend on sensitive global supply chains. While it is still too early to speculate on what such instruments could be, carbon taxes on US imports and re-negotiation of bilateral and multilateral trade pacts have been floated as suggestions.

The Paris Agreement also has a lock-in period of three years for participants, applicable after the Agreement enters into force, during which they cannot exit the Agreement. Following this, a one-year notification of the withdrawal must be submitted to the UN Secretary-General. So the earliest date of a US withdrawal is November 4, 2020, which incidentally will coincide with the next US presidential elections. Until this time, the US is legally required to fulfil obligations to maintain and regularly update their NDC (Article 4.2), to pursue domestic implementation measures (Article 4.2), and to report on its emissions and its progress in implementing and achieving its NDC (Article 13.7). This can go either way. Since the US would still be part of the negotiations, it might play the role of obstructionist or hamper the progress in negotiations. Countries there-fore, have a crucial role to play to deal with US henceforth in negotiations. Currently, 148 of the 197 parties to the United Nations Framework Convention on Climate Change have ratified the agreement and it entered into force on November 4 last year.

Another big difference this time round, as compared to the Kyoto experience, is the extent of domestic support. In contrast to 2001, a majority of the US population, which includes business leaders, are in support of sticking with the climate accord. Interestingly, the stiffest challenge to the Trump administration is likely to come from the American people rather than international diplomacy. Trump’s decision is apparently so unpopular in the US that governors of 12 states and Puerto Rico formed a bipartisan climate alliance to pressure the government to act on climate change in the immediate aftermath of the announcement.

Despite the current administration’s disdain towards the Paris Agreement, domestic action could yet force the US to undertake regulatory steps that go above and beyond their NDCs, while remaining outside the Paris Agreement. The US government is already facing a landmark lawsuit filed by a group of 21 youth (aged 9-20 years) for failing to adequately protect the earth from climate change. The group claims that the promotion of fossil fuels and neglect of issues caused by emissions of greenhouse gases have culminated in “a dangerous destabilizing climate system” that poses a risk to future generations.

The lawsuit aims to force the government to create a recovery plan to reduce carbon concentration in the atmosphere to 350 parts per million (PPM), which stabilises the climate, from the current level of 400 PPM by 2100. Last November, Oregon district judge Ann Aiken rejected motions from the US government and fossil fuel industries to dismiss the lawsuit. In a 54-page written opinion, the judge sided with the youth and stated “Although the United States has made international commitments regarding climate change, granting the relief requested here would be fully consistent with those commitments. There is no contradiction between promising other nations the United States will reduce CO2 emissions and a judicial order directing the United States to go beyond its international commitments to more aggressively reduce CO2 emissions.”

Incidentally, weeks before announcing his decision, the Trump administration unsuccessfully attempted to file an early appeal and delay the trial likely to begin later this year. Such actions of domestic push back could in fact be the critical “x-factor” in circumventing the American government’s influence and ensuring that America—the people and businesses, not the country—stays in line with the objectives of the Paris Agreement.”

This story was first published in the June 16-30, 2017 issue of Down To Earth magazine.