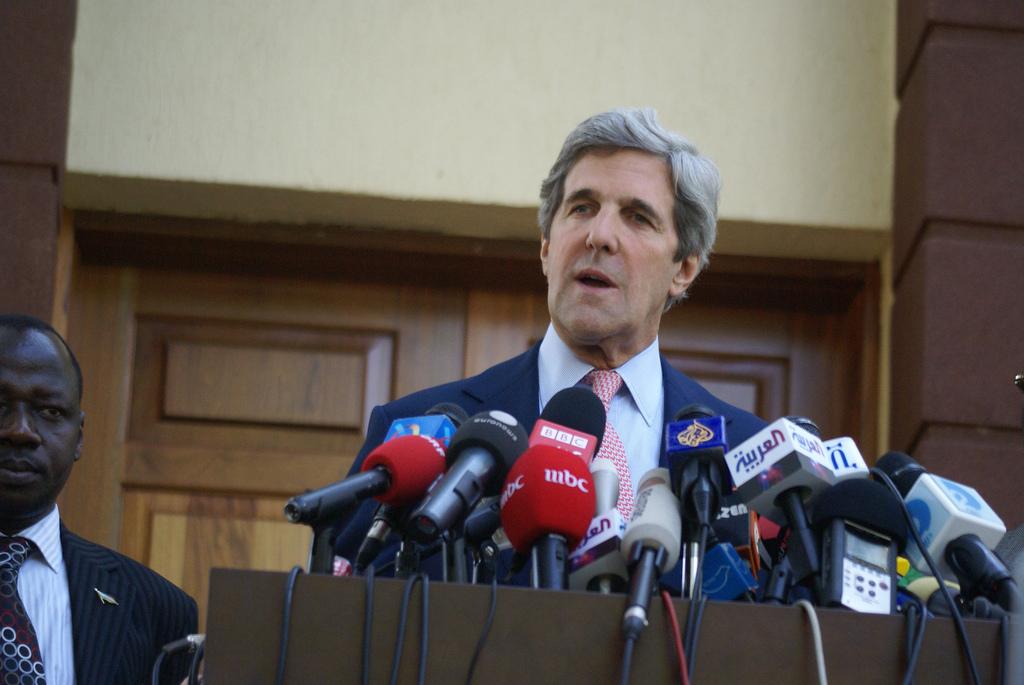 Kerry harped on the fact that the US itself suffers from heavy climate-related disasters. Credit: Al Jazeera/ Flicker

While speaking at the COP 22 summit in Marrakech, the US Secretary of State John Kerry said that the country would not backtrack on its climate commitments. Besides highlighting that the US itself suffers from heavy climate-related disasters, he urged the global community to do “what is required” and not just “what can be done”.

Kerry congratulated the international community and the French Presidency for successfully gavelling Paris Agreement crafted after more than a decade of negotiations and which reflects the shared understanding of 196 Parties. He remarked that the global community is more responsible than ever in confronting the issue of climate change and the Americans are no exception. “Do not question the commitment of American citizens. We will stick to actions,” he said to thundering applause by the audience against the backdrop of election of Donald Trump and his anti-climate statements and plans. Elaborating on his statement, Kerry further said that business decisions rested on US climate plans and they cannot be reversed.

Speaking of recent developments at Kigali on phasedown of HFCs and international aviation treaty, he said that “progress has gone beyond Paris and such developments combine to move the needle where we need to move it to”.

Highlighting the elements of the Paris Agreement, he spoke of Intended Nationally Determined Actions as foundations for domestic actions based on country’s capabilities and circumstances which best reflects equity. He aso appreciated that the agreement supports most vulnerable countries in their efforts towards adaptation. Another significant element of the Paris Agreement, according to him, was that “it enables us to ratchet our ambitions over time.” He hailed the Paris Agreement “as a framework that has never before existed.”

He urged the importance of speedily moving to clean energy future. Stressing on the role of market forces and businesses as important tool to bring about sustainable changes, he said that “investing in clean energy makes good economic sense and markets are responding” to transformed climate related domestic action plans.

Talking of global renewable energy surge, he said that developing countries were making more investments in renewable energy, especially China, which invested US$100 billion in 2016. This only shows that nations cannot grow by sidestepping the enormous business opportunities that rest in switching to clean energy fuels. Investing in coal is expensive from here to the future and therefore, “energy curve is bending towards sustainability and this trend will become more pronounced in the near future.”

According to him, “the big question is not whether we would transition to clean energy economy but whether we do this in time.” He urged the global community to step up their efforts and do what is required as the consequences of failure would be irreversible. He further spoke of the importance of private sector and businesses as the most important player in addressing climate change while emphasising the role of government leadership.

He also highlighted that even though the progress is there, the current efforts are not sufficient to curb climate change, and therefore “the question is about making right choices” as we are not on a pre-ordained way to disaster.

Talking of the impacts of climate change, he spoke of how the US has suffered losses worth $27 billion this year so far. He also spoke of the importance of civil society for consolidated efforts to addressing climate change.