What to expect from the Vienna meeting of Montreal Protocol parties

As talks resume to phase out HFCs, safety standards, finance and intellectual property rights will be the hot topics 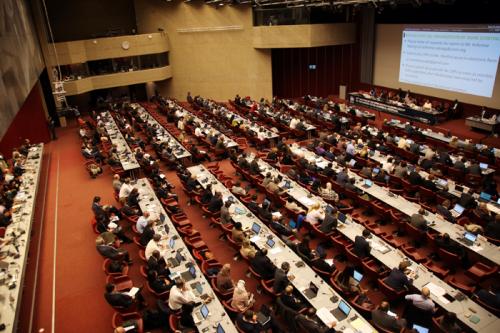 Parties to the Montreal Protocol will resume negotiations on phasing out hydroflorocarbons (HFCs) in their Vienna meeting from July 15 to July 23. Major compromises and outcomes can be expected at this meet as the dialogue is set to conclude by October 2016.

HFCs are used as coolants in air-conditioners and refrigerators. The chemicals were introduced to replace the ozone-depleting chlorofluorocarbons and hydrochlorocarbons on a large scale. While HFCs do not deplete the ozone layer, most of them are potent greenhouse gases. At present, they emit about 0.5 gigatonnes of carbon dioxide every year, and these emissions are growing at a rate of about 7 per cent annually. HFCs can contribute significantly to climate change in the coming decades, if emissions are not curbed.

Delhi-based non-profit Centre for Science and Environment has released a proposal to phase out HFCs. It suggests an equitable division of HFCs as a way out of the deadlock over recent proposals. The non-profit will host two side events at the Vienna talks to discuss the framework for phase down and prioritise natural refrigerants.

Safety standards, finance and intellectual property rights over refrigerant gases will be the hot topics. The negotiations in Vienna will address the challenges faced by developing countries in managing HFCs. Four amendment proposals to the Montreal Protocol made by various countries, including India, are also expected to be deliberated in detail.

Most of the 196 parties to the Montreal Protocol would try to come to an understanding on major challenges to avoid rushed negotiations in the next meeting, to be held in Rwanda. The Vienna meet is expected to start on a celebratory note, with NASA confirming reduction in the ozone hole, a result of previous negotiations.