The trade agreement is being negotiated in secrecy, but it is likely to favour big companies and threaten India’s agriculture, industry and e-commerce sectors 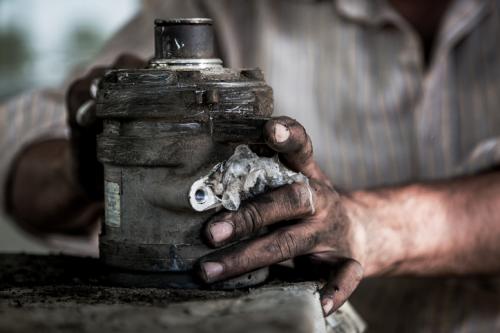 Negotiations over a proposed free trade agreement, Regional Comprehensive Economic Partnership (RCEP), will have severe impacts on the state of agriculture and manufacturing industries in India, and may allow for exploitation of workers and natural resources in India, civil society representatives say.

The 18th round of negotiations on RCEP is being held in Manila, Philippines among 16 countries that account for 50 per cent of the global population and 29 per cent of the world’s GDP. These include 10 members of the Association of Southeast Asian Nations (ASEAN)—Brunei, Cambodia, Indonesia, Laos, Malaysia, Myanmar, the Philippines, Singapore, Thailand and Vietnam—and six other countries having existing free trade agreements with ASEAN: Australia, China, India, Japan, South Korea and New Zealand.

Civil society representatives say that the agreement in being discussed secretively. “In the past four years and to this day, no text has been made available to members of the public, parliamentarians, civil society or media,” says Dharmendra Kumar, director of India FDI watch, a Delhi-based non-profit.

The agreement will considerably reduce import duties for a range of goods in agriculture, manufacturing and service industries, allowing foreign companies to compete with domestic counterparts. According to India FDI Watch, RCEP mandates import duties in the range of 0-3% for member countries. India’s current duty on industrial goods is 10 per cent at an average, and 32.5 per cent for agricultural products.

“Global value chains thrive by exploiting workers who are paid low wages, tied to informal jobs with extreme job volatility, and offered no or declining social protection measures, all of which are necessary to ensure profits for the rich companies. RCEP undermines technological development in developing countries and hence does not work either for creating sustainable employment or for local value addition in developing countries” he adds.

Local agriculture, which is dominated by small and marginal farmers in India, will also feel the impact of the free trade agreement. K T Gangadhar, president of Karnataka Rajya Raitha Sangha (KRRS), a farmers’ organisation, says, “The ASEAN has already devastated our plantation workers. The RCEP will have even stronger impacts on agricultural jobs. Not only will RCEP extract further access in plantation products for ASEAN, it will threaten livelihoods in sectors like dairy, meat and other agricultural products by allowing duty free imports of subsidised products from Japan, New Zealand and Australia,” says Gangadhar.

Reduction of duty is likely to put India at disadvantage in its trade ties with China. “India has a large trade deficit (Rs 3.45 lakh crores in 2015-16) with China, which will increase after RCEP. Companies producing steel and heavy machinery have already raised the concern that this would lead to displacing of local manufacturing by Chinese imports,” Dharmendra Kumar says. Garment, ceramics and electronics sectors will also feel the pressure due to cheaper Chinese imports.

Governments of developing countries will be restricted from making policies that regulate foreign investors, favour domestic industry, or change labour laws and wage policies, under the agreement.

He explains the implication of the agreement, with example,“There are numerous cases, for example, between Veolia (French company) and Egypt, that show how foreign companies can challenge any change in labour laws (such as the Minimum Wages Act or maternity benefit provisions in India) as it increases in their cost of operation. In addition to the compensation demanded by companies, the litigation itself is financially devastating. In one case, Philippines had to pay US$ 58 million, which it could have used for the vaccination of 3.8 million children,” says Shariff.

The e-commerce chapter in RCEP will impose binding rules that will force developing nations  like India to give away data, a highly prized industrial resource, for free to big companies in Japan, New Zealand, Australia and China.

“This will seriously affect millions of small independent offline retailers and street vendors in India, as well as SME manufacturing sector workers as digitised products will compete with physical goods made in India”, says Dharmendra Kumar, who works with small retailers in India.

“The wholesale duty-free import of goods by e-commerce giants like Alibaba in China will threaten local products developed by SMEs and domestic job creation in those segments,” he adds.