‘There is more global investment in renewable energy than in fossil fuel’: UNFCCC

The current level of carbon pricing is unfair, where the polluter is not paying but is being rewarded 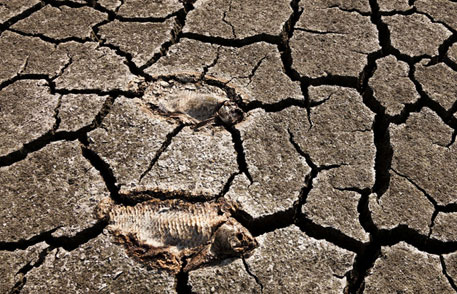 The Business and Climate Summit, starting tomorrow (May 23) in the UNESCO headquarters in Paris, will provide a forum for business and government leaders to discuss strategies and actions in the run-up to the UN Climate Change Conference in Paris, 200 days from now.

In an interview to German broadcaster Deutsche Welle (DW), United Nations Framework Convention on Climate Change (UNFCCC) spokesperson Nick Nuttall said that restoring the balance of the planet, in terms of reducing carbon emissions, is a goal that cannot be achieved overnight. He emphasised that governments alone cannot fight climate change. “We need our cities and our urban areas and we need companies. We also need citizens, but we need the private sector, whether it be large corporations, medium-sized corporations, the investment community, or the banks and pension funds,” he told DW.

Nuttall is optimistic of a comprehensive climate deal in Paris later this year. “To date we have just under 40 nations that have put forward their climate action plans for Paris. Many, many more will join during the summer months in the run-up to December,” he said.

He underlines the urgency to have a price on carbon. “At the moment we have a very uneven playing field. We have a situation where the polluter is not paying, but where the polluter is being rewarded. Over the past few days, we have seen a report by the International Monetary Fund saying that something like $5 trillion worth of subsidies are being given to the fossil fuel industry. That is astonishing. A price on carbon, whatever that price is, needs to be there,” he added.

On the role of the Business and Climate Summit towards a climate deal, Nuttall says it is a chance for the industry to rally round the Paris agreement and build the confidence of governments and businesses behind what they are doing. “I think it is part of a general landscape we have seen emerging since the UN Secretary General’s climate summit last year in New York, where many businesses—from big consumer goods companies like Unilever to the insurance industry—are committing to all kinds of targets with governments and with each other to ramp up a climate-friendly world,” he said.

According to him, the investment in new renewable energy is more than in fossil fuels. “I think we have some major oil and gas companies who recognise that the future cannot be about just burning whatever you can dig up or suck out of the ground. I think many realise that these assets will be stranded assets if we get the right kind of agreement in Paris.”