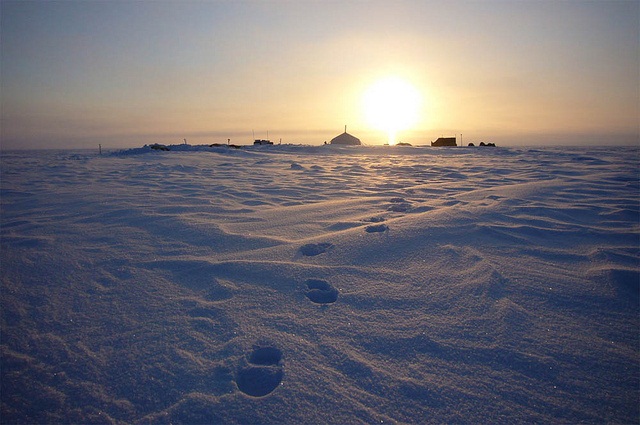 Global energy giant Royal Dutch Shell has abandoned its drilling operations in the Alaskan shore off the Arctic, according to news reports.

“Shell will now cease further exploration activity in offshore Alaska for the foreseeable future. This decision reflects the high costs associated with the project and the challenging and unpredictable federal regulatory environment in offshore Alaska,” Marvin Odum, the director of Shell Upstream Americas, said.

The Anglo-Dutch company claimed that it had made only a marginal discovery of oil and gas in the Chukchi Sea, a minor stretch in the Arctic Ocean off the coast of Alaska after it got the green signal from the Obama administration in August this year.

The company has, till now, spent over US $7 billion on the hunt for oil in the region. The termination of operations spells a hit of around $4.1 billion on its future earnings.

It appears that Shell’s chief executive, Ben van Beurden, is also worried that the row over the Arctic has undermined his attempts to tackle climate change by using gas as a “transitional” fuel and pave the way towards a lower carbon future, The Guardian was reported as saying.

Environmentalists have, for long, argued that the hunt for oil off the Alaskan coast endangered one of the last pristine environments to produce expensive hydrocarbons that were no longer needed.

“Big oil has sustained an unmitigated defeat. They had a budget of billions, we had a movement of millions,” Greenpeace UK Executive Director John Sauven was quoted by The Guardian as saying.

An Environmental Impact Assessment released by the US Interior Department in February this year had stated that there was a 75 per cent chance of at least one oil spill in the Chukchi Sea in the long term, releasing more than 1,000 barrels of oil, news reports say.

In fact, on June 20, 2015, a London court had ruled that Shell be finally held accountable for the devastating oil spills in the Niger Delta.

The two oil spills, one in 2008 and the other in 2009, from the trans-Niger pipeline near the fishing village of Bodo had flooded swamps and creeks, contaminated fishing grounds, destroyed livelihoods and jeopardised the health of thousands of people.

Later, in January 2015, the company had announced a US $83 million compensation package for the Bodo community affected by the spills in 2008.