World to get half of its electricity from wind and solar by 2050: report

Coal’s contribution to global electricity generation will shrink from 38 per cent to just 11 per cent by 2050 as comparative costs shift in favour of wind, solar and batteries 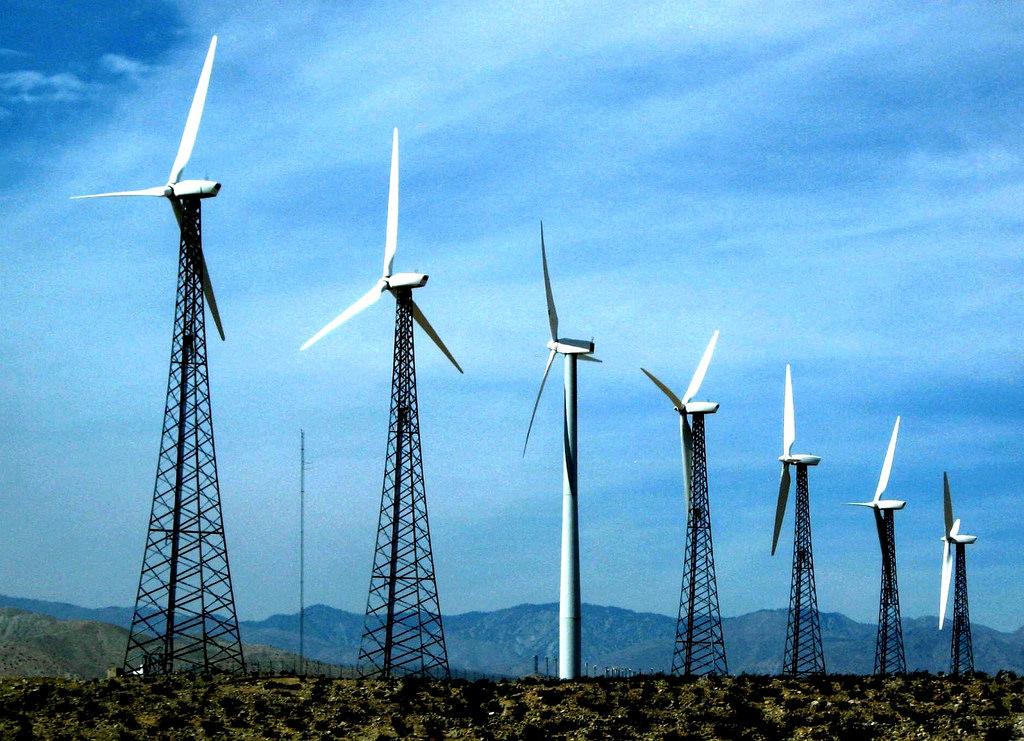 By 2050, $8.4 trillion is likely to be invested in wind and solar. Wind energy. Credit: moonjazz / flickr

Wind and solar are set to contribute 50 per cent of world’s electricity generation by 2050, according to the Bloomberg’s New Energy Outlook (NEO) 2018. “This dramatic shift is being driven by cheap solar PV, cheap wind, and falling battery costs. The cost of an average PV plant falls by 71 per cent by 2050,” the report observes.  Wind energy is also expected to be cheaper by 58 per cent by 2050.

This annual long-term analysis of the future of global electricity system is done with the help of “sophisticated modeling of power systems country-by-country, and of the evolving cost dynamics of different technologies”.

Coal will be the biggest loser

NEO 2018 sees $11.5 trillion being invested globally in ‘new power generation capacity’ between 2018 and 2050. Out of that, $8.4 trillion is likely to be invested in wind and solar and a further $1.5 trillion in other zero-carbon technologies such as hydro and nuclear. This investment, according to the report, will produce a 17-fold increase in solar photovoltaic capacity worldwide, and a six-fold increase in wind power capacity. 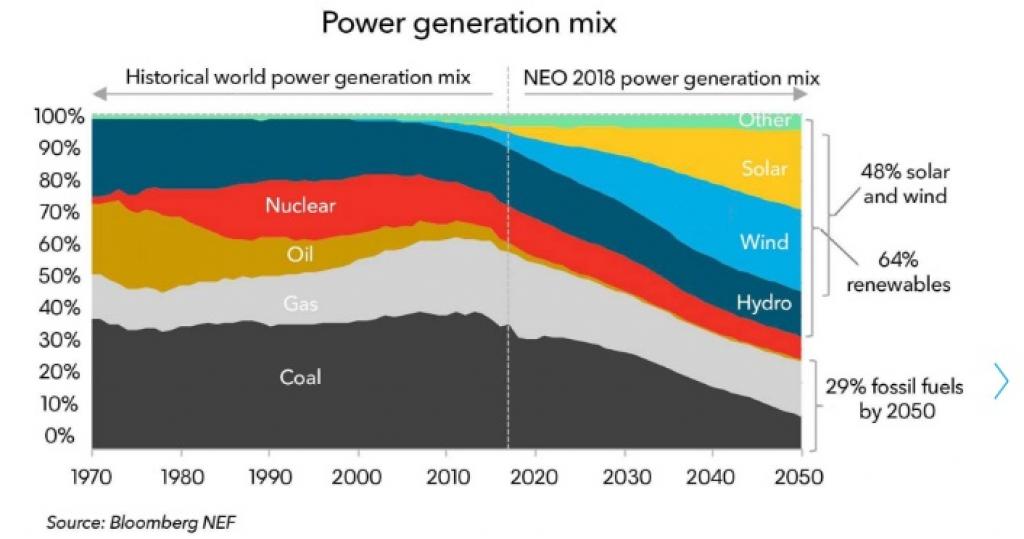 “Coal emerges as the biggest loser in the long run. Beaten on cost by wind and PV for bulk electricity generation, and batteries and gas for flexibility, the future electricity system will reorganize around cheap renewables–coal gets squeezed out,” says Elena Giannakopoulou, head of energy economics at Bloomberg New Energy Finance.

Reduced cost of battery could be the game-changer

Price of lithium-ion battery, which is already down by nearly 80 per cent per megawatt-hour since 2010, will continue to drop as electric vehicle manufacturing builds up through the 2020s. “We see $548 billion being invested in battery capacity by 2050, two-thirds of that at the grid level and one-third installed behind-the-meter by households and businesses,” says Seb Henbest, lead author of NEO 2018. 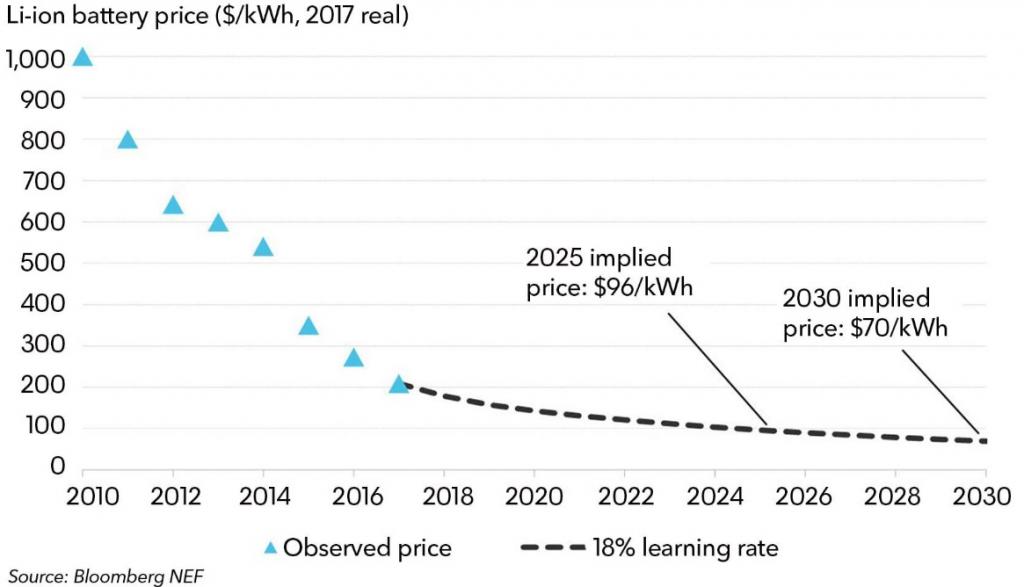 The arrival of cheap battery storage will mean that electricity demand will be met even when the wind isn’t blowing and the sun isn’t shining.

How does that carbon emission?

Despite the upbeat projection on electricity generation from clean sources, global electricity sector will still fail to fulfil its part of the effort to keep global CO2 levels below 450 parts per million (PPM)–the level considered by the Intergovernmental Panel on Climate Change to be consistent with limiting the temperature rise to less than 2°C.

“Even if we decommissioned all the world’s coal plants by 2035, the power sector would still be tracking above a climate-safe trajectory, burning too much unabated gas. Getting to two degrees requires a zero-carbon solution to the seasonal extremes, one that doesn’t involve unabated gas,” says Matthias Kimmel, energy economics analyst at BNEF.

How are India and the US placed?

While coal-fired electricity is expected to grow in India in the short to medium term, the report observes that by 2050, wind and solar will dominate, supported by batteries and flexible gas. “This pushes India’s emissions 22% below what they are today,” the outlook suggests.

While we expect coal-fired electricity to continue to grow in India in the short to medium term, by 2050 wind and solar dominate, supported by batteries and flexible gas. This pushes India’s emissions 22 per cent below what they are today.

When it comes to the US, electricity system will continue to replace aging coal and nuclear with cheaper gas and renewable resources, “assuming there is no lasting federal policy intervention to prevent their retirement’.