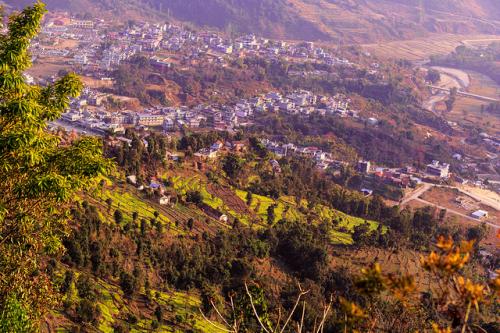 Conservation of forests in the Himalayas featured prominently during the 2nd international dialogue on Himalayan ecology. India depends on the Himalayas for natural resources, and forests which are rich in biodiversity are an important resource for mountain states of the country.

Jai Raj, principal chief conservator of forests, Uttarakhand, who was one of the speakers at the conference, said, “We are saving our forests very much.” As part of forest conservation and protection, Himalayan states are demanding green bonus for maintaining their forest cover. Experts gathered at the event talked about the gross environmental product and how it can be used to evaluate forests. According to Raj who quoted an estimate from 1990s, Himalayan forest is worth Rs 943 billion per year. The ecosystem service from India's forests stands at Rs 6.96 lakh crore annually.

Says Anil Joshi, director, Himalayan Environmental Studies and Conservation Organization, “We are tired of being called an ecological state. We should review our forest policy.” Talking about forest fires, Joshi questioned, “What kind of policy we have that we cannot save our forests?”

Joshi, who has worked extensively in the Himalayas, believes in delegating community forest management to the locals. Saying that the forest department has no culture to speak of, he stressed on cultually-inclusive forest management taken up by the community. Talking about green bonus, Joshi said that it should be handed over to panchayats.

Anil Vaidya, chief conservator of forests, Himachal Pradesh, spoke on why the state is implementing forest accounts to understand their role as ecosystem services. “In Himachal Pradesh, most people live in rural areas and depend on forests for their existence,” he said. Forests form the catchment of five major rivers in northern India. Being major biodiversity hotspots, forests in the state provide critical goods and services like timber and firewood.

The 12th and 13th finance commission has given special grants for states having more than 50 per cent forest cover. As forest is an environmental asset, planners should realise its importance and for this reason, there is a need to quantify it, the expert added.

According to Vaidya, “Only timber is accounted for (when we speak of forest value) and not pollination and other services.” There is a lack of information “on true contribution of forests to the economy”. Forests also play complementary role in agriculture and horticulture, and are a tourist attraction. Vaidya added that forest accounts would improve social allocation and sectoral planning and help monitor the state of the economy.