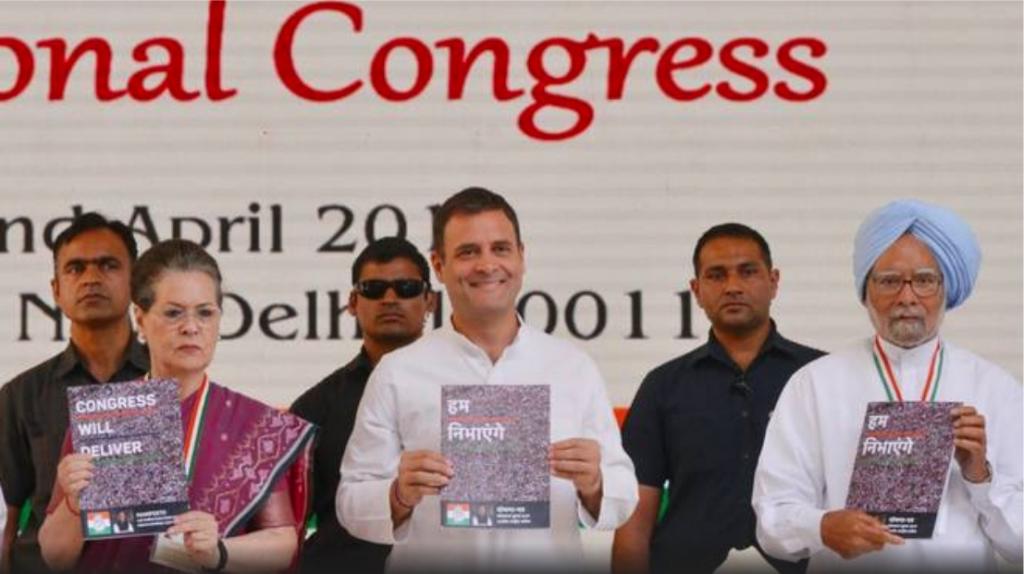 ‘Garibi par waar / Bahattar hazaar’ — loosely, Rs 72,000 is a strike on poverty — seems slated to be the catch phrase of the Indian National Congress, which released its manifesto for the General Election. Party chief Rahul Gandhi claimed the document had five focus areas:

If voted to power, the Congress will fill up 22 lakh government vacancies by March 2020 as well employ 10 lakh people at the panchayat-level, Gandhi said.

He vowed to increase the number of work-days under Mahatma Gandhi National Rural Employment Guarantee Act (MGNREGA) to 150 days from the current 100. It is established that the scheme, mocked by Prime Minister Narendra Modi, helped the country during distress, he said.

Advocating a separate budget for agriculture, the Congress chief said farmers should know how much money is being given to them and there should be complete transparency in that. He promised to change non-payment of agricultural loan due to a civil offence. It is currently a criminal office, which can lead to imprisonment.

Alleging that that Modi government has cut spending on education, Gandhi promised to allocate 6 per cent of the annual Union Budget to education, saying his party wanted to make big institutes accessible to all.

Similarly, Gandhi earmarked 3 per cent of the GDP on healthcare. He alluded to the much-touted Ayushman Bharat as benefiting only a few businessmen. The Congress wants to strengthen government hospitals and make high-quality health services accessible to the poor, Gandhi said.

Unemployment, farm distress and security for women were three major issues India faced, said former finance minister P Chidambaram, who was in-charge of the Congress manifesto. The country is talking of two things: wealth creation and welfare, he said: “We will create wealth and guarantee welfare.”