The hill station struggles to keep plastic, motor vehicles and ropeway out of its confines

Matheran, which is known for its pristine environs and pollution-free air. Credit: Gajanan Khergamker

The shocking derailment of a toy train on December 9, the man-made forest fires in November and the 2,333 kg of plastic and glass trash collected from the waterfalls in the zone in October, speak reams of the environmental mess that is being perpetrated in Matheran.

Promoted as Asia’s only non-motorable hill station, Matheran's destruction is obscured from public view together by the state government, the Central Railway (CR) and Maharashtra Tourism Development Corporation (MTDC).

“The red sand, synonymous with Matheran, is now disappearing from the hill station,” says Ali Akbar Peerbhoy, grandson of the founder of Matheran hill railway. “The red sand is replaced by a cobbled road that poses immense risk to the pedestrians and horses, who are at the risk of slipping and falling.

Although the toy train has been reinitiated after its suspension following two derailments, it continues to pose risk to life and limb. It slipped off the rails again on December 9, risking the lives of 105 commuters. Railway authorities quietly refunded the ticket amount to 90 passengers who were left to avail their own means of transport between Jumma Patti and Neral Station. The authorities must probe into these occurrences and eliminate all risks to ensure passenger safety.

In the absence of effective measures by forest officials, a number of forest fires in Kharghar hills followed by breakouts in Panvel taluka at Akurli and Rohinjan, visible even from the Panvel-Matheran road, threaten to wreak havoc in the zone.

Despite funds being provided to forest ranges for fire-fighting equipment, as revealed by RTI (Right to Information) activist Anarjit Chauhan’s findings, they have not been put to any use. “The forest authorities must take up the issue of fires on priority or else there will be larger and more disastrous fires in the future,” says Chauhan. 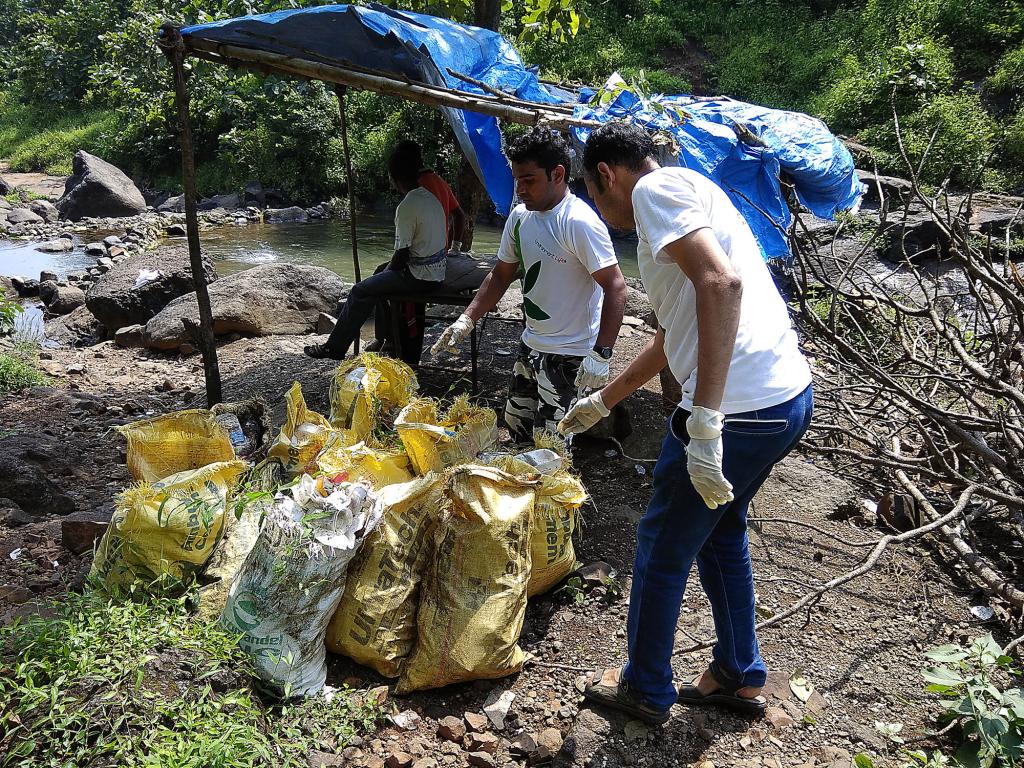 Also, Environment Life, a non-profit, collected 2,333 kg plastic and glass waste disposed at waterfalls in the zone. Despite the Maharashtra government’s tall claims of enforcing a plastic ban, regular clean-up drives reveal the unfettered circulation of plastic, particularly in the Neral-Matheran stretch.

“More than 80 per cent of garbage collected comprised liquor bottles, while the rest were thermocol plates, plastic spoons, water bottles and wafer packets. A lot of our volunteers even got injured by broken glass pieces and sharp debris while cleaning up,” says Dharmesh Barai, head coordinator of Environment Life

Ironically, Matheran, which is known for its pristine environs and pollution-free air, is all set to change just that. A section of the hill station’s locals exerted political pressure to replace the horses and hand-pulled rickshaws with e-rickshaws or battery-operated rickshaws.

The state even wrote to the Ministry of Environment, Forests and Climate Change (MoEFCC) to amend a notification issued on February 3, 2003, prohibiting the entry of motorised vehicles in the hill station. However, the MoEFCC shot down the idea saying, “A legal opinion would be required as the matter is sub judice in the apex court."

Also on the anvil are plans of an urban ropeway assuring tourists a 25-minute ride along 8 kms over Sanjay Gandhi National Park. The project is mired with controversy as locals have been highly doubtful of the project’s efficacy.

The laterite rock and soil of Matheran is soft and porous and hence may register cracks with the drilling and testing activities required for the project. Matheran Ropeway Private Limited (MRPL) has claimed that the soil testing report—prepared by an expert and authenticated by the Indian Institute of Technology, Bombay (IIT-B)—had declared it safe to construct a ropeway.

Fact remains: It’s the middle-class Mumbaiite who visits Matheran by hopping into a local train and then into the toy train for a day trip before returning to the hustle of his city. Not to ply by an e-rickshaw or on a costly ropeway.