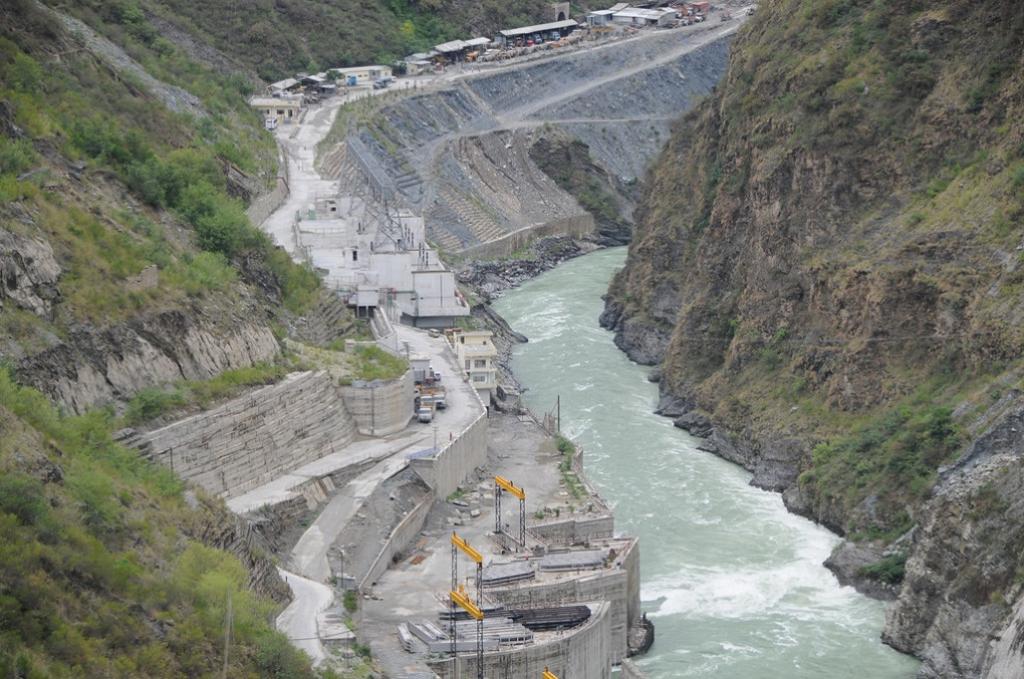 The problems with resettlement and rehabilitation was one of the reasons of the escalating social costs of the Tehri dam. Credit: Sharada Prasad CS

Residents of Uttarkashi district in the Himalayan state of Uttarakhand have forced a company to abandon a public hearing over a hydroelectricity project (HEP) proposed at the edge of a wildlife reserve.

Local residents allege that the public sector firm, Satluj Jal Vidyut Nigam, had not given affected people adequate notice of the hearing and failed to provide copies of the environment impact assessment in the local language: Hindi. They held a three-hour demonstration at the public hearing on June 12, forcing the administration to abandon the public hearing.

For the proposed 44 MW Jakhol-Sankari HEP, the firm plans to build an eight-kilometre tunnel to channel the waters of the Supinriver, a tributary of the Tons, which, in turn, flows into the Yamuna. The project area is at the edge of the Govind Wildlife Sanctuary. According to activists, not even in single dam in Uttarakhand state has done an adequate job in providing proper rehabilitation to the displaced, and environmental protocols have not been fully followed. Promises made at public hearings have not been translated into action. For example in the case of the Tehri Dam, the Maneri-Bhali phase 1 & 2 dams, and the Srinagar hydro-electric project (HEP), the people of the area are facing drinking water scarcity, and hundreds of court cases related to rehabilitation are ongoing.

In the current case, a 650-page document in English was given to the headmen of the villages to be affected. It contained the Environment Assessment Report, the Management Plan and the Social Assessment Report of the project. Most of these headmen are not very conversant with English, or the technical terms of the report. It is impossible for them to prepare the people under their charge for the public hearing, and 650 pages – instead of acting as a tool for transparency in actuality becomes a deterrent. By law the papers should also have been made in the local language, and this was not done. The summary report has no information on the extent of land that would be requisitioned, or from whom. There is no mention of compensation for people whose land would be affected by the construction of the tunnel. There was mention of some of the farmland that would be requisitioned, but the compensation suggested for it was well below market rates.

The report claimed that the project would improve the economic conditions of the local population but, before the public hearing, the officials tried to take signatures on No Objection Certificates (NOCs). Under the Forest Rights Act of 2006, both the tribal and villager populations have legal rights on the forests, but they were told that they did not have such. The NOCs would have deprived them of the same.

A representative of a local environmental organisation, Matu Jansangathan, said government agencies have flouted the law in the case of two other hydroelectricity projects in Uttarakhand – Pancheshwar and Rupaligaar. He also said the residents knew of the plight of those affected by the nearby Naitwar Mori dam another hydroelectricity generation project of Sutlej Jal Vidyut Nigam, where people are still fighting for their rehabilitation and other related promises

Matu Jansangthan has alleged that the project will be highly damaging to the environment, by cutting huge amount of trees and building an extensive underground tunnel. Residents are worried about damages to their homes due to the tunnelling –an effect that residents elsewhere in Uttarakhand such as near the Vishnupryag HEP, Vishnugad-Pipalkoti HEP, and Tapovan-Vishnugad HEP have experienced. The residents are also worried about the waters of the Supin being diverted into a tunnel – since they are dependent on these waters for irrigation and their domestic needs.

Led by women and youth from villages far and near, the residents kept repeating the slogan, “Abandon the public hearing, go back dam company”. The rules say the project developers have to arrange transport for affected residents to attend the public hearing. This was not done.

Still, the residents gathered at a local school where the hearing was scheduled, though the placards they carried were confiscated by the police by force. Villagers who had donated land for the school had been protesting against the construction of the project for the past two days. Local administrators, officials of the Uttarakhand Pollution Control Board, and a representative of Sutlej Jal Vidyut Nigam tried to pacify the residents, but to no avail.

At one point during the arguments, the district magistrate of Uttarkashi, Aashish Chauhan, announced the cancellation of the public hearing, but the residents were not satisfied, because he had not made the announcement over the microphone. They demanded that company representatives leave the dais. To make its point that the hearing was being attempted in contravention of guidelines, Matu Jansangathan gave the magistrate a copy of the Environmental Assessment Notification of September 14, 2006.

The magistrate was also told of precedents – how the public hearing over the Vishnugaar-Pipalkoti Dam had been abandoned on October 18, 2006 because the residents had not been given adequate notice; and how the hearing over the Devsari dam had to be abandoned on July 21, 2010 due to protests. This last HEP did not get necessary clearances to build the dam.

Officials of the Uttarakhand Pollution Control Board and Satluj Jal Vidyut Nigam kept telling Chauhan that all necessary legal requirements had been met, but this point was repeatedly contested by representatives of Matu Jansangathan.

Finally, the Additional District Magistrate of Uttarkashi, who was supposed to head the public hearing, announced over the microphone that the hearing was being cancelled. Residents of villages Jakhol, Dhara, Sunkundi, PanvMalla and others still refused to leave the dais before representatives of the company did so.

The project is being planned in an area where motorists are banned from blowing their horns lest the wildlife be disturbed. It is an area rife with eco-tourism possibilities, but none of this has been paid attention to. Matu Jansangathan has  sent a letter to the District Magistrate, the Uttarakhand Pollution Control Board and the central government’s Ministry of Environment, Forests and climate change, demanding: