Right to Information: Ask no questions

The amendment to the RTI Act will hit grassroots activism 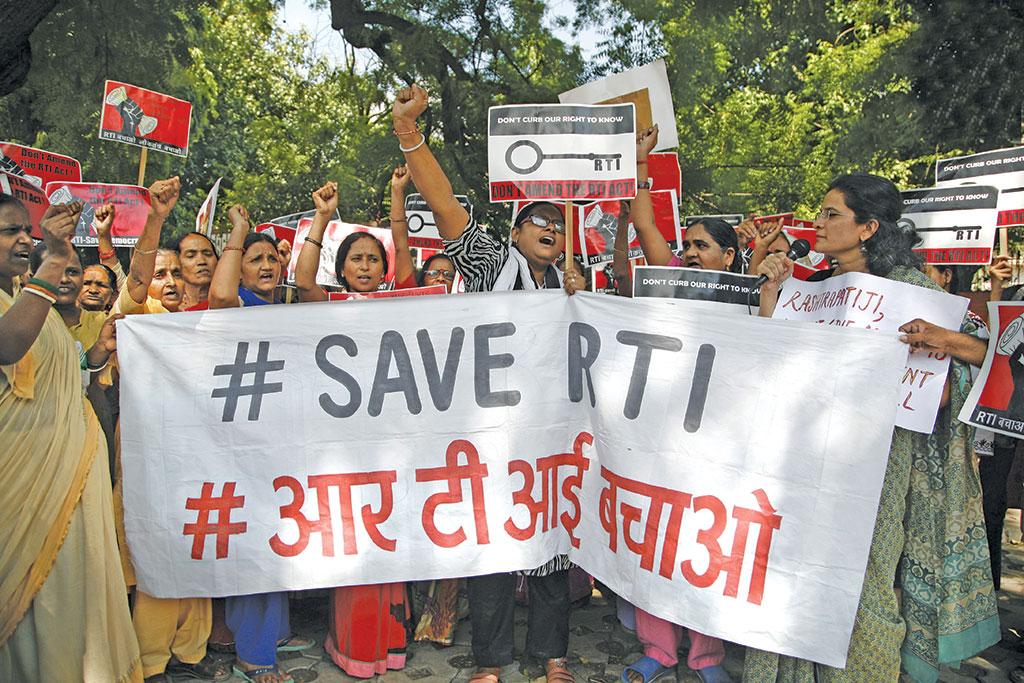 This parity between a Constitutional body like the Election Commission and a statutory body, which is the Central Information Commission, is exactly what this amendment seeks to take away, said the Union Minister of State for Personnel, Public Grievances and Pensions, Jitendra Singh, while tabling the Bill.

“There was no need for this amendment. There was no demand from the public. The law was working fine,” former chief information commissioner Shailesh Gandhi told Down To Earth (DTE). Since its enforcement, the RTI Act, 2005, had become quite popular with people and engendered a new kind of activism — at the grassroots level. It was a tool for the powerless to ask questions and get a reply.

When Mazloom Nadaf, a rickshaw puller of Bihar’s Madhubani district, was denied monetary assistance under the Indira Awas Yojana, he filed an RTI application in 2006, after which the block development officer landed on his doorstep and handed over the first installment of Rs 15,000. Millions have since used this law as a weapon to fight wrongs committed by government departments and authorities.

The same year, more than 2,500 Union Public Service Commission (UPSC) aspirants demanded information about their cut-off marks and scores to see how they had fared and whether they had been judged correctly. The commission refused and the case went to court, where the students won. 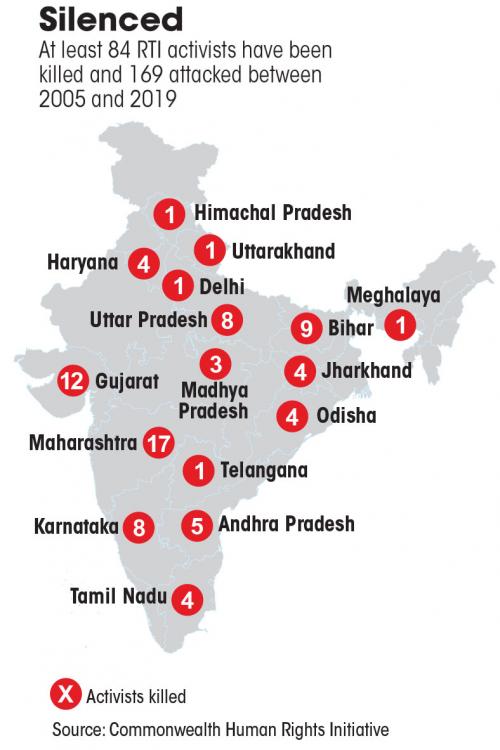 The Act has also helped citizens get their rights under the Mahtama Gandhi National Rural Employment Guarantee Act, Midday Meal Scheme and Forest Right Act — programmes and laws to help the poorest of poor.

For instance, an application by 22-year-old Bhadresh Wamja of Gujarat’s Amreli district demanding that public distribution system (PDS) shops must display all information about their stock led to an order by the Gujarat State Information Commission asking all PDS shops across the state to do the same.

Many such stories find mention in “Trust through transparency”, a report released by the Central Information Commission in 2016 to highlight how RTI triggered grassroots activism. Venkatesh Nayak who is associated with Delhi-based non-profit Commonwealth Human Rights Initiative (CHRI) says that earlier people were dependent on leaders and touts to get their work done, but in RTI they found a new tool.

In fact, even politicians have used this law to get justice. Ganga Tana, former member of Jharkhand’s Legislative Assembly, filed an RTI query asking why members of the tribal Bhagat community were not being returned their land that was taken away by the British and for which several laws were promulgated after Independence. On August 7, 2009, a total of 114 Bhagat families were provided land in Lohardaga, Latehar and Palamu districts. They celebrate the day as Mukti Divas.

The popularity of this tool can be gauged from the fact that the number of RTI queries filed with the Centre has risen from 24,426 in 2005-06 to over 1.4 million in 2017-18. “Overall in the country, we get 6 to 8 million applications annually” says Gandhi.

However, this activism has come at a cost. At least 84 activists have been killed and 169 attacked between 2005 and 2019, as per Hall of Shame, a web portal maintained by CHRI to track attacks on RTI users (see ‘Silenced’) “RTI had made the government anxious on many occasions,” says Anjali Bhardwaj of the National Campaign for People’s Right to Information, a coalition of groups promoting RTI.

“This amendment will have a long-term impact. The government talks of transparency and responsibilty, but it is killing these very traits,” India’s first chief information commissioner Wajahat Habibullah told DTE.