Why Europe is the epicentre of COVID-19 protests

The reasons for the protests were wide-ranging 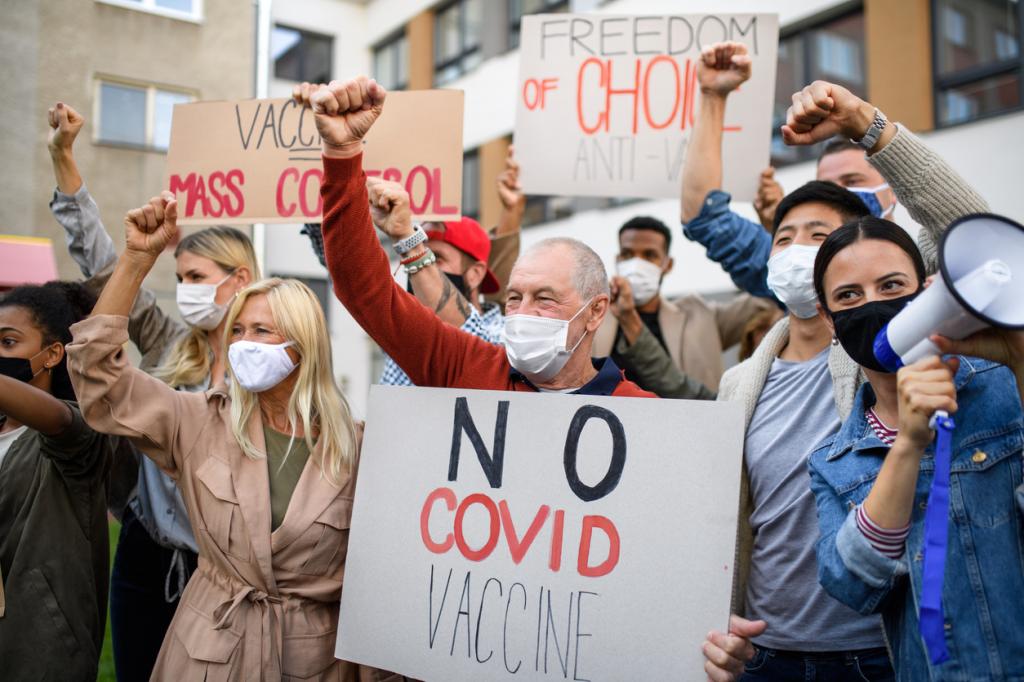 As many as 32 countries have seen COVID-19-related protests since the beginning of the pandemic and 15 of them were in Europe, according to the database maintained by Carnegie Endowment for International Peace, an international think tank that has been tracking such demonstrations.

The reasons for the protests, the group observed, were as wide-ranging as frustrations boiling over pandemic-induced restrictions to economic downturn to overcrowding at prisons as witnessed in Lebanon. 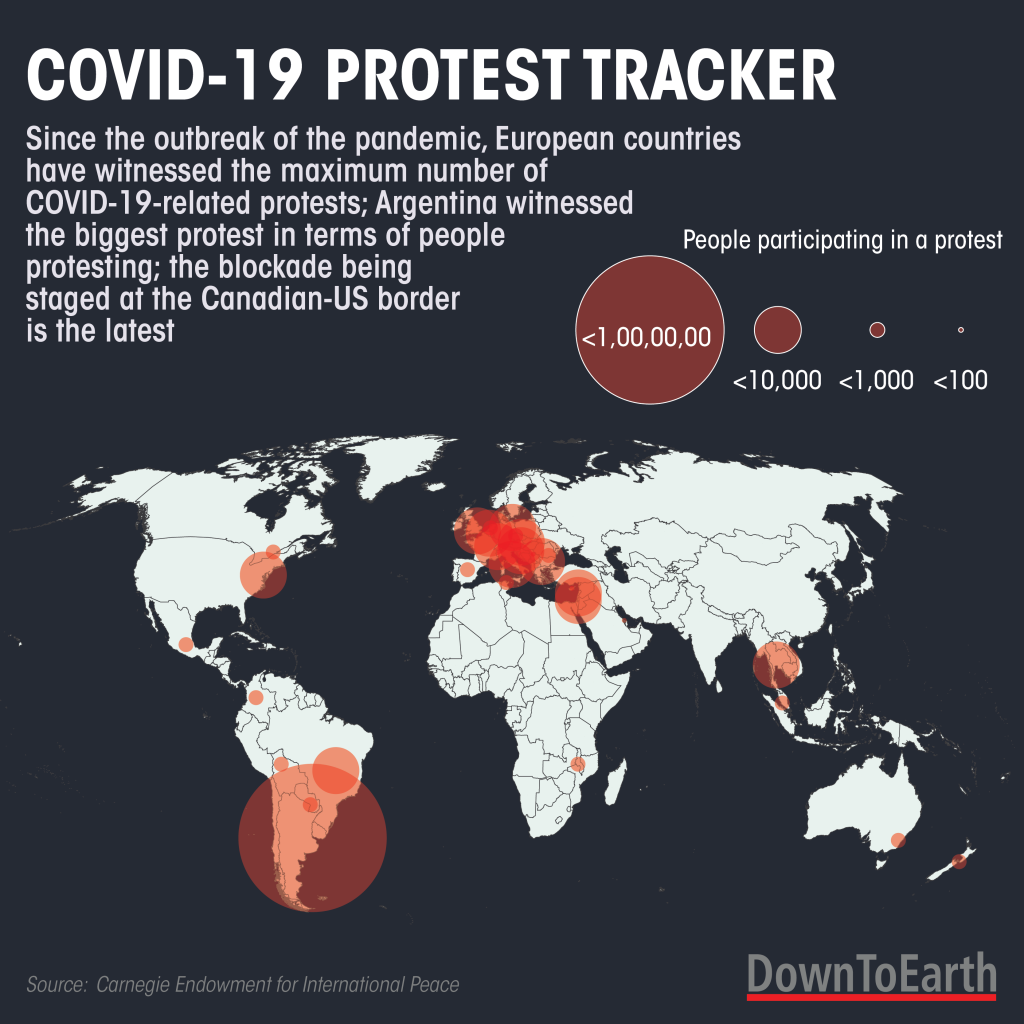 One broad trend that emerged is that Europe is struggling to implement pandemic-related policies. Citizens of Belgium, Austria, Switzerland and Italy took to the streets opposing social restrictions and various mandates.

In Italy, there was a strong resentment due to the government’s stringent vaccine policies. Inmates of Italian prisons also staged protests against the government diktat of limiting family visits and overcrowding of prison blocks.

The sentiment resonated with prisoners cooped up in their cells in Lebanon. In the early stages of the pandemic, in March 2020, tens of thousands of prisoners in the country went on strikes to highlight their poor living conditions and overcrowding.

Covid-19-related demonstrations also took place in Thailand, Israel and Bahrain. In Israel, the protests took a political turn because of the various authoritarian policies implemented by the nation’s then prime minister, Benjamin Netanyahu.

Using the pandemic as an excuse, Netanyahu declared his government would be tracking carriers of the virus by using phone surveillance, shut down courts, adjourned the parliament and had plans of annexing parts of the West Bank. These moves were perceived as anti-democratic and authoritarian by the Israeli population, which led to widespread protests across the country.

The protests in Bahrain also wore a political hue. Families of the country’s political prisoners were demanding their release. They were also questioning the efficacy of the vaccines. One political prisoner, Husain Barakat, died due to COVID-19 even though he was fully vaccinated. Currently, Bahrain has over 1,400 prisoners.

Argentina saw the biggest uprising in the world, with more than 100,000 citizens protesting against the government's stringent lockdown measures, coupled with the fact that the pandemic has been economically draining. COVID-19-related demonstrations were also seen in South America, Brazil, Argentina, Paraguay, Bolivia and Colombia.

In Brazil, the protests were a direct retaliation to the pandemic-containment measures implemented by President Jair Bolsonaro. Inadequate hospital resources, under-investment in vaccines, ineffectual government response, misinformation and denalism regarding virus triggered mass protests across the country.

Truckers recently blocked the US-Canada border crossings in protest of the Canada government order that the country’s truck drivers need to be fully vaccinated or face two weeks of quarantine on their return.