The most disadvantaged region in the world, Sub-Saharan Africa is witness to improvements in the quality and coverage of healthcare thanks to digital technologies

Between 2006 and 2016, 487 mHealth programmes were implemented in Sub-Saharan Africa. Credit: Getty Images

In 2014, West Africa witnessed a severe outbreak of Ebola haemorrhagic fever and caught national and international players unprepared. The 25th known outbreak since 1976, when the virus was discovered, this attack was most complex and had the maximum casualties so far. The disease outbreak spread to three countries including Guinea, Sierra Leone and Liberia. It affected 28,610 people and killed almost 11,000 people, according to the World Health Organization (WHO). A 2014 study published in the Lancet declared, “The sheer scale of the outbreaks has, in itself, fundamentally changed the epidemiology making the disease control prospects bleak.”

A poor health infrastructure made the situation worse and authorities were clueless about how to control the outbreak. Mobile health solution then came as an unexpected solution. Devised to keep a tab over the spreading disease, it also helped streamline data and reach out to health workers in time. It played a major role in helping national and international players combatting the disease effectively. 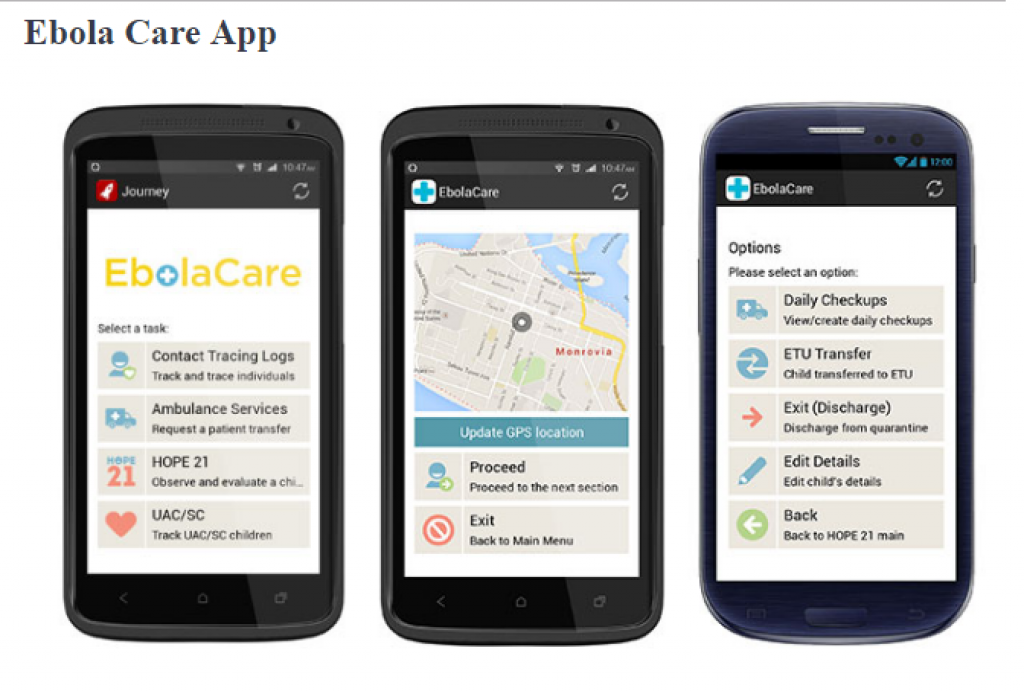 For example, mHero, devised by the help of UNICEF, Actionaid, helped drew data from across different information systems and use it to send and receive targeted messages using health workers’ mobile phones. The Ministry of Health and Social Welfare in Liberia expressed its interest to implement mHero to not only address the Ebola outbreak but also for future health challenges. After customising it to Liberia’s needs, in December 2014, international agencies conducted a pilot test. Messages were sent to 289 health workers, out of which, 57 per cent responded. Today, Liberia has adopted mHero.

In Sub-Saharan Africa (SSA), there has been a huge spike in mobile-based solutions for health services. These offer services related to outbreak monitoring, accessibility and financial solutions.

The large number of mHealth developments in SSA is attributed to a huge mobile subscriber base. In 2015, SSA had more than 7 billion mobile telephone subscriptions across the world, says a 2017 mHealth report by the WHO. Of this, over 70 per cent were in low- or middle-income countries. In many such countries, people are more likely to have access to a mobile telephone than to clean water, a bank account or electricity. Digital health and specifically mHealth has shown to improve the quality and coverage of care, increase access to health information, services and skills, as well as promote positive changes in health behaviours to prevent the onset of acute and chronic diseases, says the WHO report.

In 2015, Africa had an average of 1.3 health workers per 1,000 population, far below the required 4.5 to achieve Sustainable Development Goals (SDGs). It is estimated that the global health worker shortage will be 14.5 million by 2030 and African region will be struggling with 6.1 million.

In comparison to resource crisis, the health burden in Africa is probably the highest in the world. For example, under-five mortality rate in Africa was 95 (per thousand live births) as compared to global rate of 48. Similarly, maternal mortality rate was 500 (per one lakh live births) as per the African Regional Health Report 2014.  Africa has 11 per cent of world population but 60 per cent of HIV/AIDS burden. The region has more than 90 per cent of the estimated 300–500 million malaria cases that occur worldwide every year.

Although SSA is seen as the most disadvantage region in the world, it is experiencing a rapid spread of mobile and internet. In 2017, mobile penetration in Africa was 445 million and is set to reach to 638 million by 2025, according to Mobile Economy 2018, a report published by GSMA, which represents the interests of mobile operators worldwide. The GSMA report says that in terms of mobile penetration of population, SSA will have the largest increase between 2017 and 2025 (8 percentage points). It is expected that SSA will get 280 million more mobile-internet users by 2025.

Mobile health systems are, hence, likely to make healthcare accessible to people in Africa unlike any other system. The entry of private players means that there are likely to be new and varying solutions.

John Eliasu Mahama, who is associated with People’s Health Movement (PHM) in Ghana, says that in last few years, mHealth has been quite popular in the African region and has clear advantages, including monitoring outbreaks and ensuring quality of services. This is due to factors like community health working on ground.

The world health agency says that the spread of digital technologies and global interconnectedness has a significant potential to accelerate Member States’ progress towards achieving Universal Health Coverage, including ensuring access to quality health services.

However, there is a serious concern as well. Ravi Ram representing PHM in East Africa says that mHealth is mostly run by donors and is quite fragmented. There is almost no government involvement.

Mahama says that most of these initiatives are pilot projects and thus, the scalability is yet to be checked. It is yet to be seen whether it is sustainable and will work for the poor in future as well. He says that during the Executive Board meeting of WHO, Thailand cautioned about depending on mHealth.

These also need health infrastructure to perform, says Okwor Tochi, a professor at the Institute of Public Health, University of Nigeria. She emphasised the need of proper study to ensure whether these mobile-based solutions help the rural poor or targeting the middle class.

These experts, however, agree that using mHealth as a strategy to overcome the challenges of a weak health system is not based on facts.