Bihar residents ‘getting COVID-19 second dose’ — months after their death

Residents of Bihar’s Muzaffarpur, Sheikhpura districts received text messages saying their kin — who died of COVID-19 months ago — have received their 2nd dose 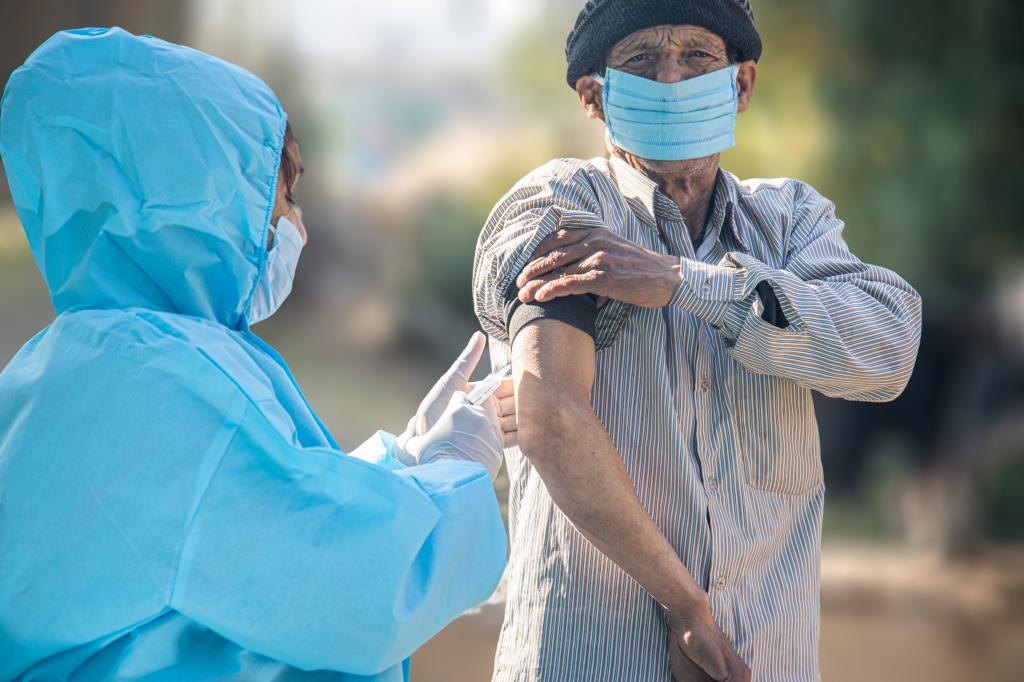 The family of Ram Sinhasan Singh recently received a text message on his mobile phone stating that he has been successfully administered the second dose of the COVID-19 vaccine. This came as a shock — Singh died due to the infection six months ago.

“He died May 10, 2021, at a private hospital. The hospital issued a death certificate, on the basis of which we got compensation of Rs 4 lakh from the state government. Surprisingly, a certificate of the second dose was uploaded on the official website of the health department in my father’s name,” said Kishor, Singh’s son.

He lives in Godai Phulkaha village in Bihar’s Muzaffarpur.

Singh’s is not the only such case. Several such cases of dead men and women being ‘administered COVID-19 vaccines’ have propped up in the last two months, according to residents.

Kishor took the matter to a civil surgeon and district official, Vinay Kumar Sharma, on November 23, who told Down to Earth that he has demanded a probe into the matter. Sharma asked the in-charge of Kanti Primary Health Centre — Singh’s vaccine certificate says he was administered the second dose at this center — to submit a report within two days.

“This is a clear-cut case of negligence,” Sharma said.

Manoj Kumar, son of Ram Avtar Singh, was in for a similar shock: Avtar Singh too died in May 2021 due to COVID-19.

“We could not believe it when we received a message on my father’s phone saying he was administered the second dose of COVID-19 vaccination. I am using his mobile after his death. I informed local health officials about it last week,” said Kumar.

“It looks like a mistake by a data entry operator. Action will be taken against those found guilty,” claimed Sheikhpura district programme manager, Shayam Kumar Nirmal.

Then there is Dularchand Shah, a resident of Bansohi village in Siwan district, who died in April after he developed breathlessness due to COVID-19. His family received a message on mobile October 23 stating the same.

“He was administered the first dose days before he died. His vaccine certificate is on the government’s official website,” said Shah’s son.

Ashok Singh, a resident of Karigaon village and an advocate in the sub-divisional court in Kaimur district, died of suspected COVID-19 symptoms on April 4. He was administered the first dose of the COVID-19 vaccine on April 2.

“More than six months after he died, I received a message on mobile on October 11 that he was successfully administered the second dose of the vaccine. I thought it was a mistake,” said one of his family members.

The relative added that they downloaded his vaccination certificate that clearly mentioned he was successfully administered the second dose at the sub-divisional hospital in Mohania.

The state government had officially announced earlier in November that it had vaccinated more than 70 million people in the state so far and completed its ambitious target to vaccinate 60 million more by the end of the year.

But testimonies from several residents have raised eyebrows at these claims.

Bihar Health Minister Mangal Pandey, who refused to comment on the matter, had earlier said the state government will administer more than 80 million COVID-19 doses by the end of 2021.