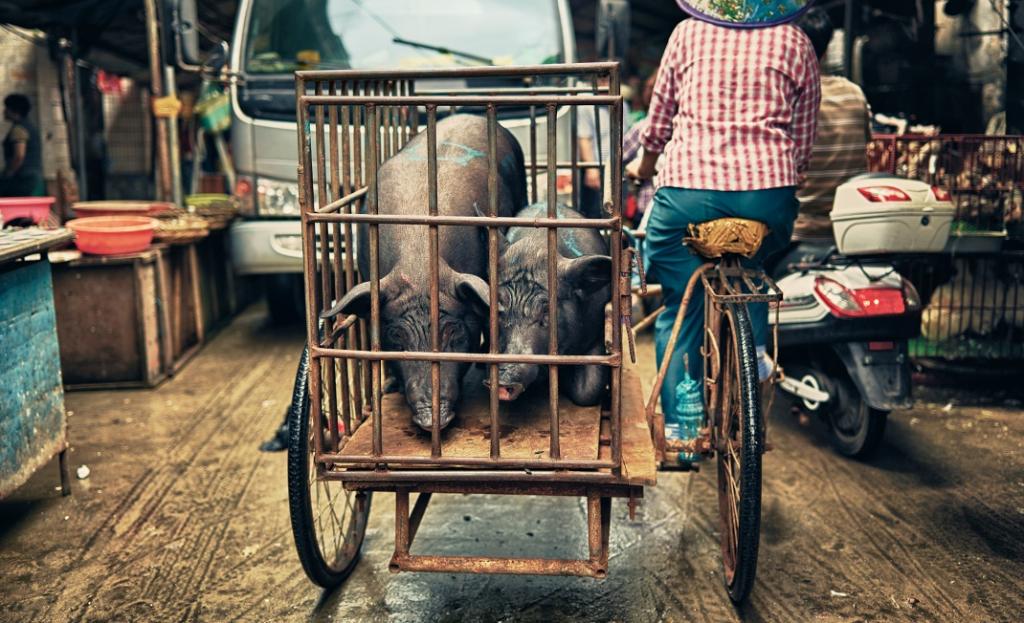 The COVID-19 pandemic did begin in Wuhan’s Huanan wholesale seafood market, where live animals were sold, according to two new studies published July 26, 2022, in the journal Science.

The origin of the SARS-CoV-2 virus has been a mystery so far. Some believe it began in the Huanan market. But others believe that it was the result of a leak from the Wuhan Institute of Virology.

The two ‘companion studies’ explore two key features. The first provides evidence for why the Huanan wholesale seafood market in Wuhan is the epicentre of the COVID-19 pandemic. It indicates the role of the live wildlife trade in China — to be behind the emergence of SARS-CoV-2 in humans.

The authors are associated with The Scripps Research Institute in California, the University of Arizona, Johns Hopkins Bloomberg School of Public Health, Oxford University and other leading institutions in the US and UK.

The authors assessed the geographical location of the first few cases of COVID-19. They found that the 155 early cases for which they could reliably extract locations were concentrated on the west bank of the Yangtze River and the Huanan market.

The researchers relied on WHO mission report 2021 to extract the locations of almost all of the 174 COVID-19 cases identified by WHO.

Moreover, they found the Huanan market to be among four in Wuhan to sell a variety of live, wild-captured or farmed mammal species prior to the COVID-19 pandemic.

Another spatial analysis revealed that environmental samples from cages, carts and freezers that were positive for SARS-CoV-2 were concentrated in the part of the market where vendors were selling such wildlife.

While this evidence supports the theory that the Huanan market was the epicentre of the COVID-19 outbreak triggered by the live wildlife trade, the study had another key finding.

Since the beginning of the pandemic, two early lineages of SARS-CoV-2 — lineage A and B — have been circulating.

While there was evidence for connecting lineage B cases to the Huanan market, the two known earliest lineage A cases lacked any direct epidemiological contact with the market. However, the authors found lineage A cases lived much closer to the market.

“This is a clear indication that they were infected as the virus moved from the market into the local community surrounding the market,” Michael Worobey, professor and head of Ecology and Evolutionary Biology at the University of Arizona and one of the authors, wrote on Twitter.

The first zoonotic transmission of lineage B likely took place around November 18, 2019, weeks prior to a similar event when lineage A jumped from animals to humans.The authors note it remains unclear why one lineage emerged before the other and why lineage B went on to dominate.

“These findings indicate that it is unlikely that SARS-CoV-2 circulated widely in humans before November 2019 and define the narrow window between when SARS-CoV-2 first jumped into humans and when the first cases of COVID-19 were reported,” the study noted.

The SARS-CoV-2 virus has till now infected 577 million people and claimed the lives of more than six million globally, according to official figures.