Vaccination presents a way out of the COVID-19 mess India has landed in; but jabs are in short supply and there’s no clarity on funds 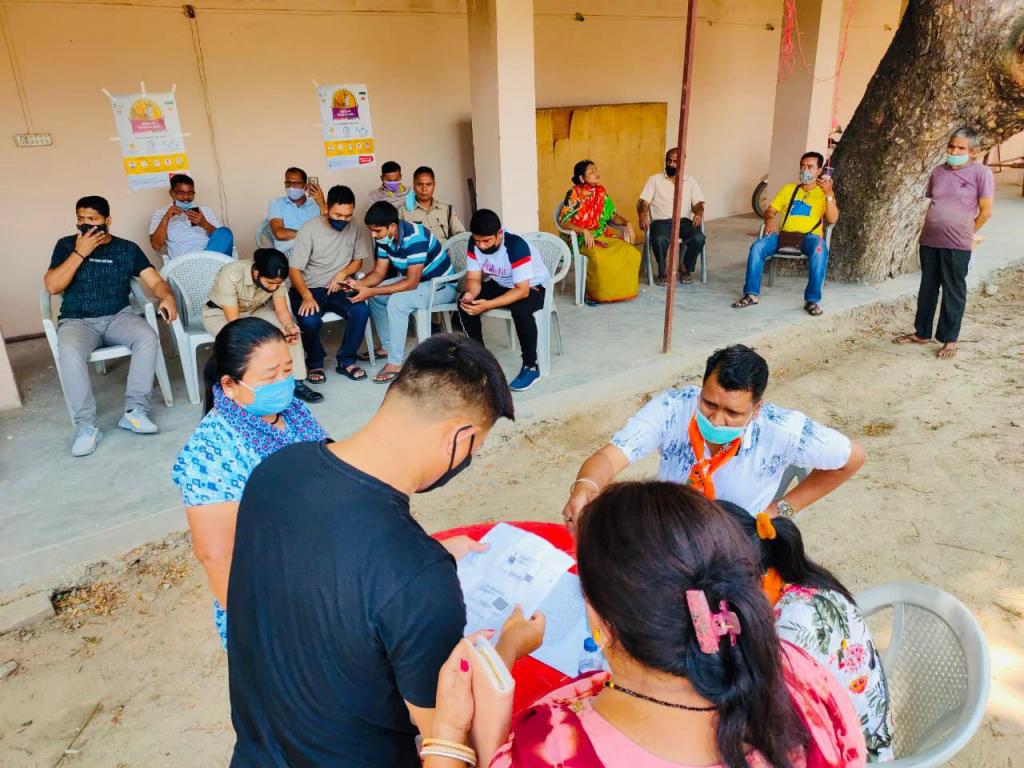 India had set extremely modest targets when it planned for the vaccination drive. On December 28, 2020, the Government of India released COVID-19 Vaccines Operational Guidelines to ensure a smooth rollout of these vaccines. Deadlines were not set and all that was mentioned was that everyone who is eligible for the vaccine would get it.

In the first round, some 300 million people — healthcare workers, frontline workers, those above the age of 50 years and those who have co-morbidities would be vaccinated.

The problem that we see today is because the government failed to factor in the second wave of infection, which is caused by a highly transmissible virus. Everyone wants the vaccine and they want it now.

The country never prepared for this. As of May 12, 2021, only 175.2 million doses of the vaccine have been administered in India and only 38.6 million people were fully vaccinated.

Today’s challenge is to supply vaccines; at affordable costs and to deliver these across the country, at speed to vaccinate people before the virus or its mutation gets to them.

How many need vaccines?

This means we need 1.2-2 billion doses to vaccinate everyone with the double-dose vaccines available in India.

What is the current supply position?

Production capacity to vaccinate this many people is important. According to the affidavit filed in the Supreme Court by the Union Ministry of Health and Family Welfare on May 9, 2021:

The availability of doses is likely to increase in the coming days as the Union government has allowed the import of vaccines that have been cleared by the World Health Organization (WHO) and drug regulators in the United States and the European Union.

This opens the door for vaccines by Moderna Inc, Pfizer Inc, Johnson & Johnson and Sinopharm. These vaccines, along with Sputnik V, are likely to be available only in the private market or through the global tenders now being floated by state governments.

Capacity would further be augmented with Zydus Cadila’s DNA vaccine which is also set to enter the market next month and would add 10 million doses each month to the kitty.

Production of Covaxin too is likely to be ramped up in future with three public sector units being roped in. This, however, will take time as these units first need to be upgraded.

Distribution is as important as supply

India has an incredibly expansive and effective mass vaccination programme. The question is whether the scale of the current vaccination drive beyond the capacity of this system? Can it be ramped up fast? What will it take?

Under the current universal immunisation programme, some 390 million doses are administered to newborns and pregnant mothers each year. For COVID-19 relief, the country will need to double-quadruple this capacity and do this at speed.

It is for this reason that many states are still struggling to ‘dispense’ the available stocks. According to a Press Information Bureau release dated May 11, more than nine million COVID-19 vaccine doses available with states and Union territories are yet to be used.

The delivery of 1,200-2,000 million doses of the vaccines requires an increase in the infrastructure. Each vaccination centre needs to have at least five people, including one vaccinator. To meet the expected load in the future, states have been advised to ready new vaccination centres.

According to the Centre’s CoWin portal, which oversees the COVID-19 vaccination process:

Clearly much is needed to improve delivery. The May 11 press release revealed that 0.7 million vaccine doses would be sent to States / UTs in the next three days.

This shows that the supply of vaccines was steadily decreasing: On May 7, the Centre said some 1 million doses would be sent to states / UTs in the next 3 days; on May 4, as many as 4.8 million doses were pledged for the same time frame.

The states have to be careful as the Union government does have ad hoc ways of allocating free vaccine: According to it, allocation would be on performance of states and on disease prevalence. Experts, however, found that Kerala — among the best performers — received 0.3 doses per 60-plus person in Phase 2 while Gujarat and Rajasthan received 0.6-0.7 doses per eligible person.

What is the cost?

The biggest cause of concern is the government’s Liberalised and Accelerated Phase 3 Strategy, unveiled April 19, 2021.

It allows manufacturers to sell half their produce at a higher price to states and private hospitals. Out of this 50 per cent quota allotted to “other than Government of India”, half is available to state government and the other half to the private sector for dispensing through its channels, according to the government affidavit before the Supreme Court.

The differential, according to the Union government, has been decided so that priority could be given to the vulnerable groups:

Accordingly, those above 45 will receive the central quota (half of what is produced / supplied) and this can be dispensed free to the population. The other half, supplied for the less vulnerable younger population is priced at higher rates — procured by states and by the private sector.

The question is how the allocation will be made to states? According to the Centre’s affidavit, it has determined the population of each state in the 18-44 age to ensure equitable distribution. Each state will be able to procure a set quantity based on this population on pro-rata basis from the producer to ensure that there is no disparity in availability of vaccines between states.

In the first fortnight of May, a total of 20 million vaccine doses were available to states and private entities, according to the affidavit. Of this 15 million were Covishield and 5 million Covaxin. Bharat Biotech announced it would sell its vaccine at Rs 400 per dose to the states while SII set its price at Rs 300 per dose.

The private sector would have to spend more: While SII has set the price at Rs 600 per dose, Bharat Biotech has not revealed its price. These higher prices have resulted in an increase in the price of vaccine at private centres.

Bharat Biotech’s Covaxin is available at Rs 1,250-1,500 and SII’s Covishied at Rs 700-900. According to the CoWin website, the bulk of the private sector buyers are big hospital brands like Apollo, Max, Fortis and Manipal.

All states in India have said that would buy the vaccine but supply it free of cost to the 18-44 age group. This clearly, will put a strain on their finances, but their decision stems from the need to ensure that vaccinations for all.

States are now putting out global tenders to expedite the supply of vaccines. The cost is not clear, but what is certain is that such tenders are best negotiated together so that the costs are kept low and that competition for supply of this scare but precious good does not drive up the price.

This is way more than the Rs 35,000 crore that finance minister Nirmala Sitharaman allocated for COVID-19 vaccination in her budget for 2021-22. To put things into perspective, the estimated budget for the National Health Mission for the year is Rs 37,130 crore. The Central Vista project of the Union Housing and Urban Affairs is likely to cost Rs 20,000 crore (over years). Spending that much on vaccination instead would help India truly defeat COVID-19.