According to a study by Calcutta University, spreading Lutzia larvae can be more effective in eradicating any virus-carrying mosquito 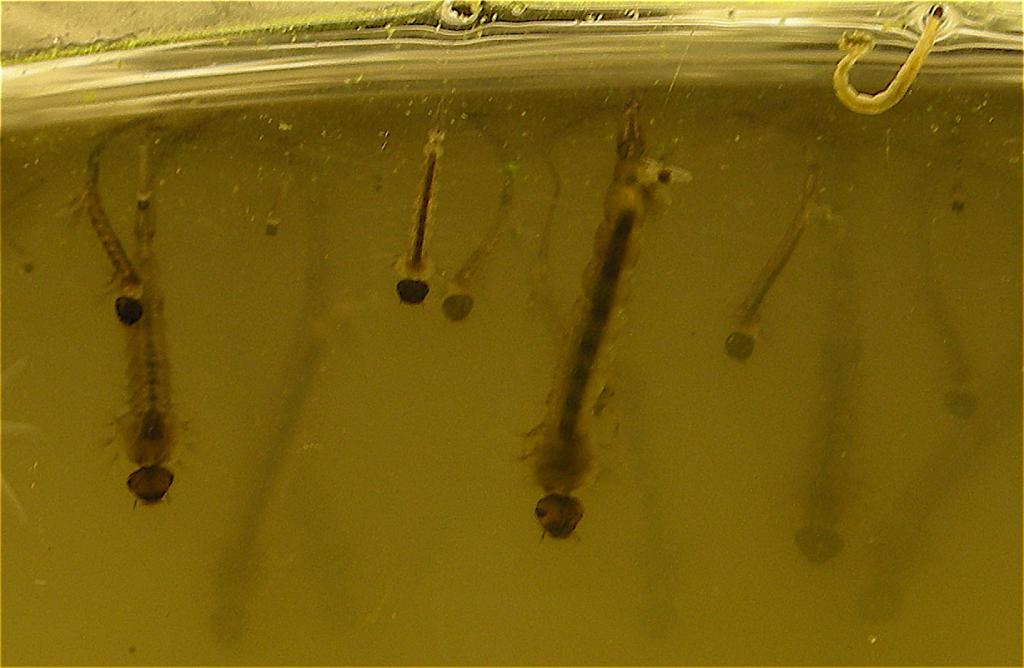 So far, there has been very little effort to promote them as biological control agent against vector mosquitoes. Credit: Enrique Dans / Flicker

Aedes aegypti, the dengue-causing mosquito, has a predator, and that’s also a mosquito. According to a study by the researchers at the Calcutta University, the Lutzia fuscana larvae can kill the Aedes Aegypti. Calling it a natural predator, the study says, “Larval stages of the mosquito Lutzia fuscana bear potential as a biological control agent of mosquitoes.”

After the larval forms of Lutzia fuscana were collected from swamps, marshes, rice fields, ditches, rock and flood pools and tire depressions, they were studied in a laboratory. The Lutzia fuscana larvae demonstrated a preference for feeding on Aedes aegypti larvae, along with Anopheles stephensi and Culex larvae, consuming about 19-24 larvae per day.

"A full-grown Lutzia mosquito eats the juicy part of the flower and leaves. We use dangerous chemicals to kill Dengue mosquito. But the use of Lutzia larvae can be the better solution," researchers said in the report. 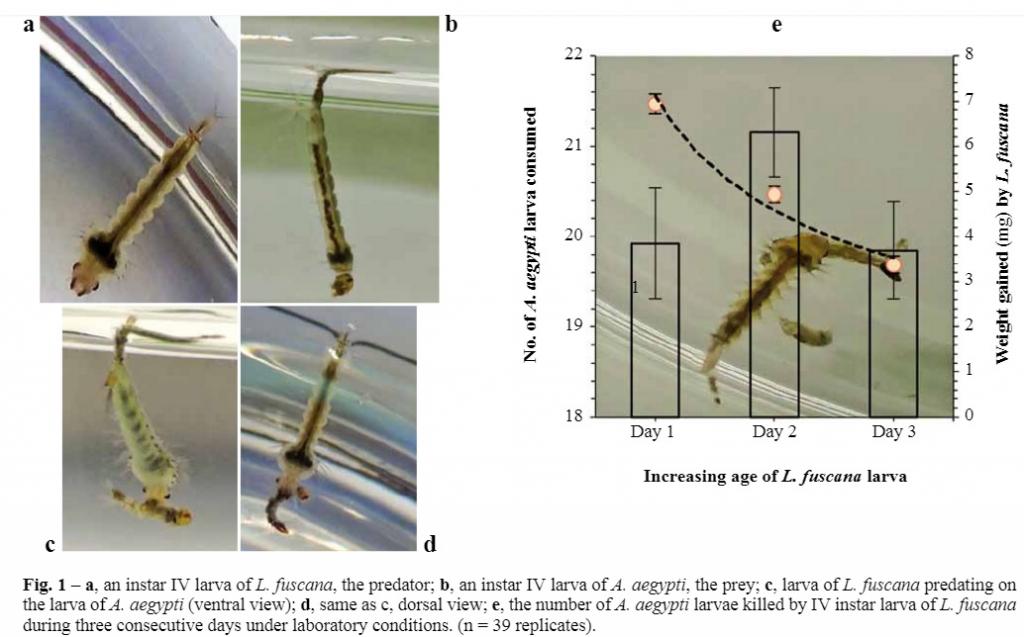 The Lutzia fuscana species is found in most South Asian and East Asian countries, including Bangladesh, Cambodia, China, India, Nepal, Pakistan, Palau, the Philippines, Sri Lanka, Taiwan and Vietnam. So far, there has been very little effort to evaluate their predatory potential to promote them as biological control agent against vector mosquitoes.

According to Gautam Aditya, professor at Calcutta University, "The Lutzia larvae is spread in America and Japan by the civic authority. It can be more effective than other process to eradicate any virus-carrying mosquito." Currently, the efforts are on to create Lutzia larvae scientifically, following which, the larvae may be spread in high drains to kill Aedes aegyptai.

Kolkata Corporation can consider spreading the larvae of this mosquito to obliterate Aedes aegypti larvae. West Bengal recorded 17,702 confirmed cases of dengue in 2016, which was not only more than a 100 per cent rise from 2015 but also the highest in the last five years.

Since 1928 India has been using Gambusia afinis or mosquito fish as a biological control agent against mosquito larvae. It is an exotic species and has been distributed throughout the warmer and some temperate parts of the world. A single, fully grown gambusia fish eats about 100 to 300 mosquito larvae per day, keeping the cost of precautionary measures much lower than fogging and spraying larvicide oil in drains. From Coimbatore to Gurugram, this fish has been tried and tested across India to curb the breeding of larvae in stagnant water.