Project Dhoop urges schools to shift their morning assembly to noon time, mainly between 11 am and 1 pm to ensure maximum absorption of Vitamin D in students through natural sunlight 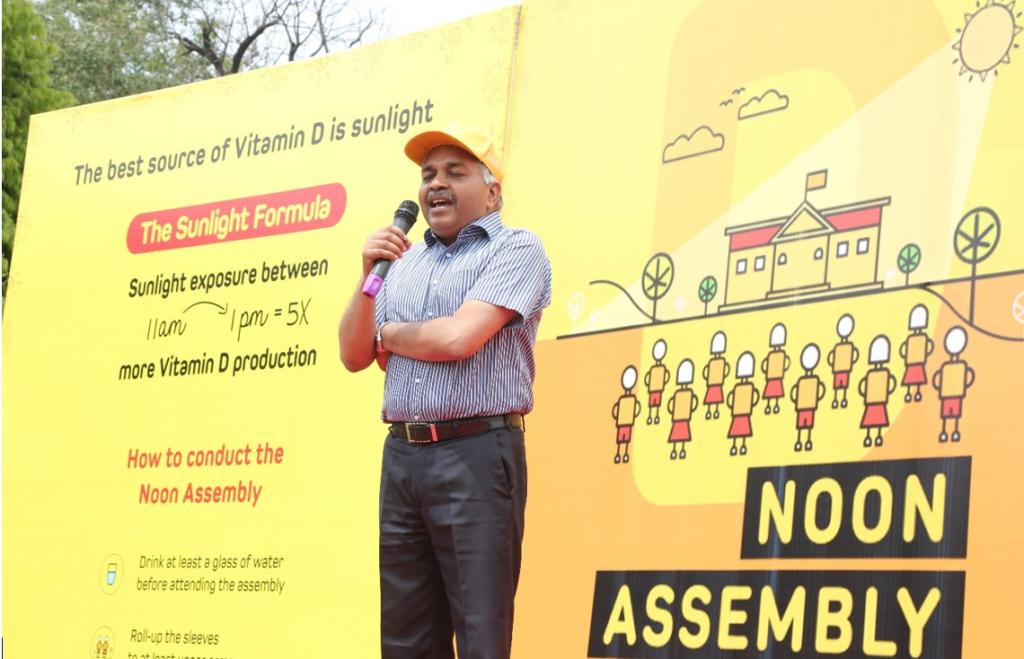 Despite the fact that most children suffer from Vitamin D deficiency in India, most of us are not aware of its serious consequences. Credit: Meenakshi Sushma

The project was implemented in collaboration with the New Delhi Municipal Council (NDMC), North MCD and several private schools through a Joint Noon Assembly. Twenty-five schools from the National Capital Region were among the participants.

"Despite the fact that most children suffer from Vitamin D deficiency in India, most of us are not aware of its serious consequences. FSSAI has always endeavoured to educate the community about such pressing issues. Project Dhoop’s Noon Assembly is an innovative and effective concept to ensure that school students get adequate Vitamin D through sunlight, while also opting to choose food products like milk and edible oils that are fortified with Vitamins A and D," says Pawan Agarwal, CEO, FSSAI. He pointed out that opting for fortified foods (with +F symbol) is a simple and inexpensive way to address micronutrient deficiencies without any radical change in behaviour or eating patterns. He pointed out that “both fortified milk and fortified edible oil are now readily available across the country.”

Project Dhoop urges schools to shift their morning assembly to noon time, mainly between 11am and 1pm to ensure maximum absorption of Vitamin D in students through natural sunlight.

Vitamin D deficiency occurs due to overuse of sunscreen, wearing clothes that cover most of the skin, working all day in an air-conditioned atmosphere, and other factors. “Also, the school uniforms needs to be designed in a way that at least face and arms are exposed to sunlight, which would be equivalent to 18 per cent of body surface, and the exposure has to be at least for 30-40 minutes," says R K Marwaha, Scientific Advisor and senior consultant endocrinology at International Life Sciences Institute, India. He adds that there is a popular belief that morning sunshine is the best for our bones, however, it is actually the sunshine from 11am to 1pm that is most beneficial in increasing Vitamin D levels in human body because of the best ultiraviolet B (UVB) radiation.

Representatives from various schools felt that shifting morning assembly to noon assembly could be a little step that can help children grow into healthy adults.