India cannot eradicate tuberculosis by 2035, going by the current scenario 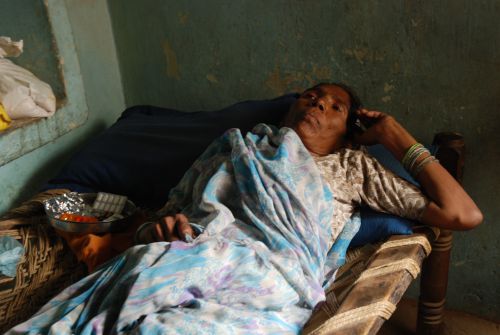 India may not be able to eradicate tuberculosis (TB) within the planned period if the ongoing efforts are taken in account.

India is a signatory to World Health Organization’s (WHO) “End TB Strategy”, which envisions a TB-free world by 2035. However, as per the current scenario in India, it may take more than 50 years to accomplish the task.

With the effort of the Indian government for TB prevention and care, the current rate of decline of TB incidences is two per cent per year. A decline rate of 17 per cent is required to eradicate the deadly disease by 2035.

India continues to carry the highest burden for tuberculosis in the world with an estimated 2.1 million TB cases in 2013 as per a WHO report. There were 61,000 multidrug-resistant TB patients in the country among the 1.41 million notified cases as per WHO SEARO Annual Report 2015.

The major reason for lagging behind on targets seems to be the lack of effort by the government, especially in terms of resource allocation. India’s Revised National Tuberculosis Control Program entered 12th five year plan (2012-17) with a budget of Rs 4,500 crore, the theme of “universal access” for quality diagnosis and treatment for TB patients.

According to the World Health Organisation (WHO) estimates, India needs US $788 million to give a full response to TB eradication effort in 2015. But, the current spending is barely $261 million.

A May 2016 article published in Economic and Political Weekly says that the existing spending includes a World Bank loan and support from international donors to the tune of $141 million.

Experts say that the lack of funding is affecting the effort made to fight the TB. Varinder Singh, professor in pediatrics department in Lady Harding Medical College says, “There is need of fund and proper attention to the disease. There are no seminars, gatherings where knowledge of experts could be shared.” Sonia Malik, chairperson, Infertility Committee of Federation of Gynae and Obsteterics Societies of India was also held similar views.

Kavita Ayyagari, Project director of Challenge TB, The Union South-East Asia also pointed out that there is a need of more research, innovation and awareness when it comes to TB eradication and all these requires resource. These experts were speaking in an event organised by International Union Against Tuberculosis and Lung Disease in Delhi on Tuesday.