India's antibiotic use in animals to increase 82% by 2030 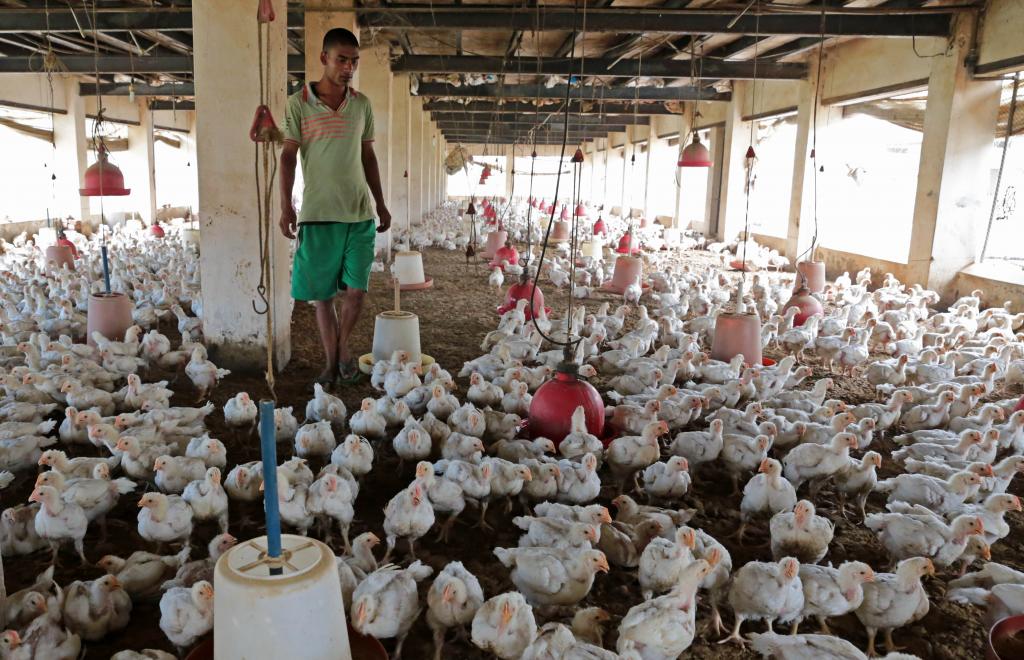 Antibiotics increase the size and weight of poultry animals but the practice is contributes to building drug resistance (Credit: Vikas Choudhary/CSE)

The use of antibiotics in animal feed, which is known to contribute to growing antibiotic resistance in the environment, will increase by 82 per cent in India by 2030, a new study published in the journal Science has found.

The report by the non-profit Centre for Disease Dynamics, Economics & policy said that over 130,000 tonnes of antibiotics are used globally, and the figure is projected to cross 200,000 tonnes by 2030. In a decreasing order, China, United States, Brazil, India and Spain have the highest rate for antibiotic usage.

Antibiotic powders and tablets are fed to animals for increasing livestock production and its the nutritional level. Regular use of antibiotics in animal feed promotes growth, giving them higher value, but this practice is contributing to building drug resistance in bacteria and affects the health of the end-consumer.

The authors of the paper, for their research, collected information on the sales of veterinary antimicrobials from government sources and scientific publications from 38 countries. The data was then extrapolated using statistical methods for four categories—poultry farm (all birds, chicken, duck), cattle rearing farms, piggery farm and small ruminates (sheep and goats).

“It was found that penicillins, tetracyclines and quinolones are some of the most widely used antibiotics. The use of this antibiotic was higher in countries with meat-heavy diets,” says Ramanan Laxminarayan, the author of the research.

"India is the fourth largest consumer of antibiotics in animal food production globally and is on an increasingly dangerous path," says Laxminarayan. "The country has a huge unregulated livestock sector that freely uses these drugs which are easily accessible. Two-thirds of poultry farms in Punjab, for example, still use antibiotics for growth promotion. Such farms also reported high levels of multidrug resistant bacteria which can easily escape into the environment. We are losing medically important antibiotics at a very fast pace," he adds.

A similar study by Delhi-based non-profit Centre for Science and Environment (CSE) research in Uttar Pradesh, Rajasthan, Haryana and Punjab found that the extensive use of antibiotic supplements in the animal feed, and untreated litter has given rise to the growth of drug resistant bacteria. It said that antimicrobial resistant bacteria are spreading out of the farms because of poor hygiene practices and improper waste management.

A United Nations general assembly meeting in September 2015 set an agenda to reduce the use of antibiotics in animal feed. The CDDEP study suggest three interventions to reduce antibiotic use: limiting sale of antibiotics in countries, reducing meat consumption per person per day, and imposing user fee of up to 50 per cent on the purchase of antibiotics, which will also generate revenues, as per the report.