Low and middle income countries have seen greatest rise in obese children between 1990 and 2014: Report

At least 41 million children around the world obese or overweight, it says 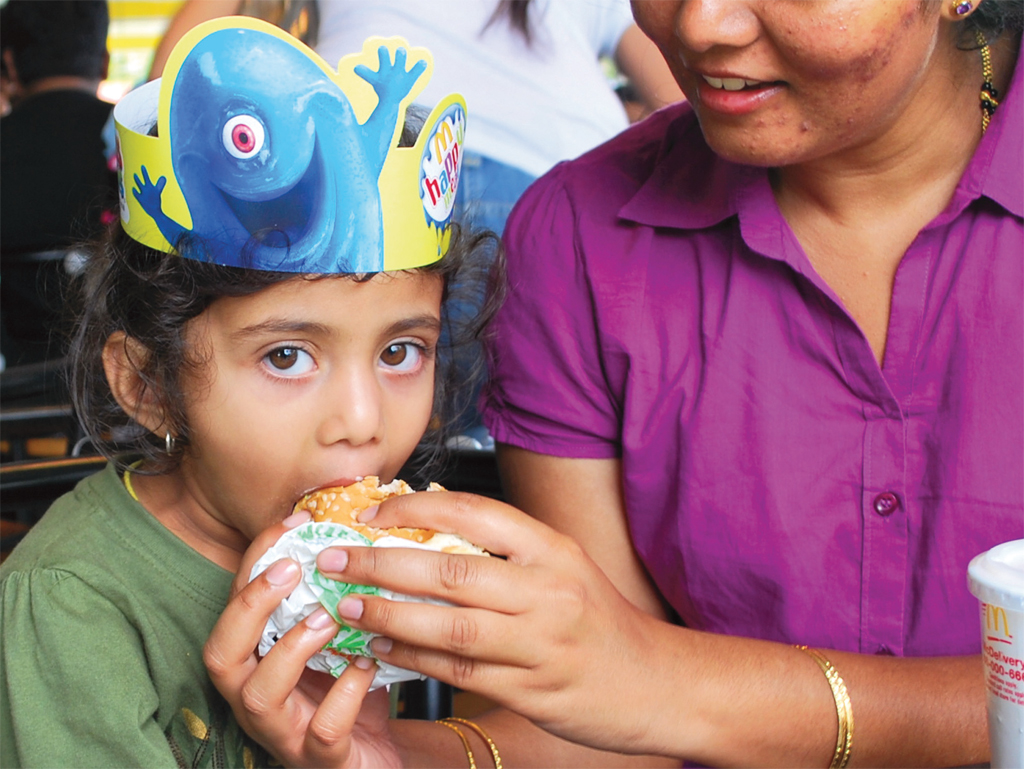 The report was submitted to the World Health Organization (WHO). The Commission was established in 2014 and consulted with over 100 WHO member states and reviewed nearly 180 online comments to develop a set of recommendations to tackle childhood and adolescent obesity around the world.

The commission found that many children are exposed to environments that encourage weight gain and obesity. They identified marketing of unhealthy foods and non-alcoholic beverages as a major factor in the increase in childhood obesity particularly in the developing world.

Overweight and obesity impact on a child’s quality of life and they face physical, psychological and health consequences. "We know that obesity can impact on educational attainment too and this, combined with the likelihood that they will remain obese into adulthood, poses major health and economic consequences for them, their families and society as a whole," says Commission co-chair, Sania Nishtar. The Sustainable Development Goals, set by the United Nations in 2015, too identify prevention and control of non-communicable diseases as core priorities. “Increased political commitment is needed to tackle the global challenge of childhood overweight and obesity,” says Peter Gluckman, Commission co-chair. To media, he said childhood obesity had become “an exploding nightmare” in the developing world. He added: “It is not the kids’ fault. You can’t blame a two-year-old child for being fat and lazy and eating too much.”

The report suggests that WHO needs to work with governments to address the environmental causes of obesity and overweight, and help give children the healthy start to life. Environmental context during preconception and pregnancy; infancy and early childhood; and older childhood and adolescence need to be improved. There should an effort to support healthy diet, sleep and physical activity in early childhood. These measures include promotion of breastfeeding, limiting consumption of foods high in fat, sugar and salt, ensuring availability of healthy foods and physical activity in the early child care settings. The school environment should provide standard school meals; eliminate the sale of unhealthy foods and drinks and include health and nutrition and quality physical education in the curriculum. There should also be efforts to provide family-based, multi component, lifestyle weight management services for children and young people who are obese.

-Integrate and strengthen guidance for noncommunicable disease prevention with current guidance for preconception and antenatal care, to reduce the risk of childhood obesity 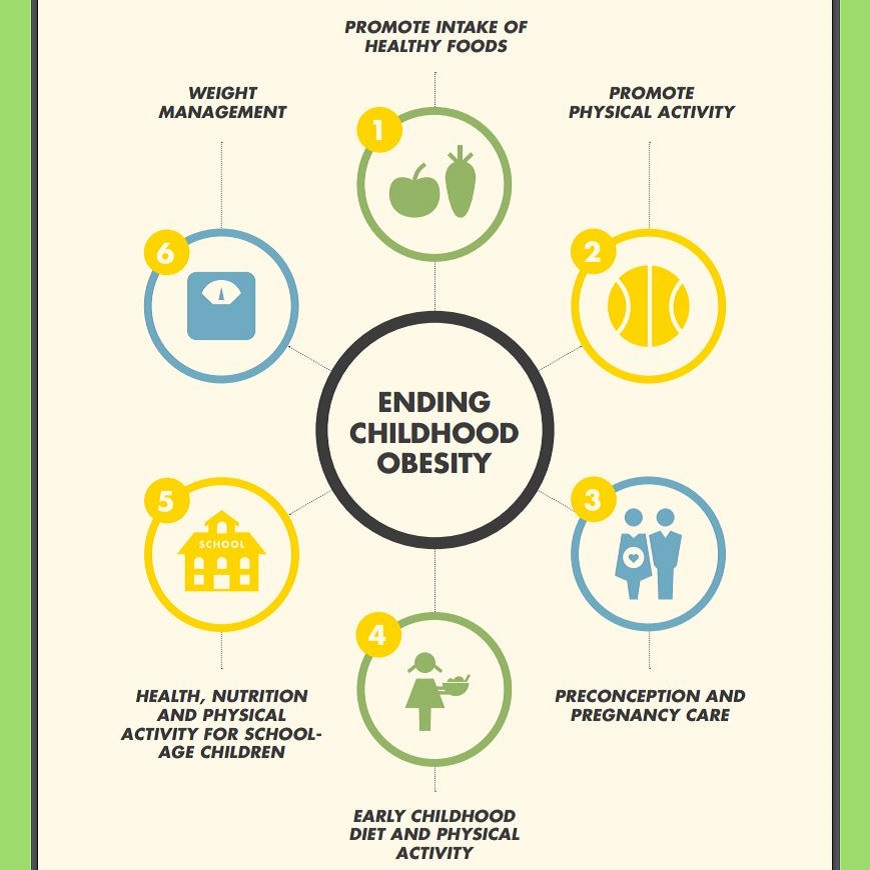