WHO declares end of Ebola outbreak in Liberia 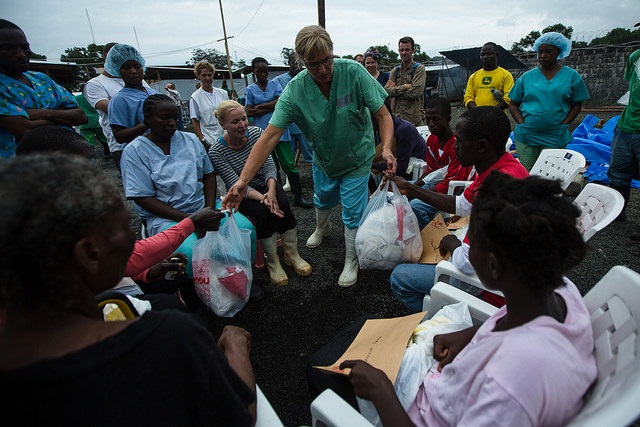 The World Health Organization (WHO) declared the end of the most-recent outbreak of Ebola in Liberia on Thursday and said all known chains of transmission had been stopped in West Africa.

However, the UN health agency said the job was far from over and more flare-ups were expected. To counter this, strong surveillance and response systems would be critical in the months to come. Liberia was first declared free of Ebola transmission in May last year, but the virus was re-introduced twice since then, with the latest flare-up occurring in November.

“WHO commends Liberia’s government and people on their effective response to this recent re-emergence of Ebola,” Alex Gasasira, WHO Representative in Liberia, said.

“The rapid cessation of the flare-up is a concrete demonstration of the government’s strengthened capacity to manage disease outbreaks. WHO will continue to support Liberia in its effort to prevent, detect and respond to suspected cases.”

This date marks the first time since the start of the epidemic two years ago that all three of the hardest-hit countries—Guinea, Liberia and Sierra Leone—have reported zero cases for at least 42 days. Sierra Leone was declared free of Ebola transmission on November 7, 2015 and Guinea on December 29.

“Detecting and breaking every chain of transmission has been a monumental achievement,” Dr Margaret Chan, WHO Director-General, said. “So much was needed and so much was accomplished by national authorities, heroic health workers, civil society, local and international organisations and generous partners. But our work is not done and vigilance is necessary to prevent new outbreaks.”

WHO cautions that the three countries remain at high risk of additional small outbreaks of Ebola, like the most recent one in Liberia.

Till date, 10 such flare-ups have been identified that were not part of the original outbreak, and are likely the result of the virus persisting in survivors even after recovery.

Evidence shows that the virus disappears relatively quickly from survivors, but can remain in the semen of a small number of male survivors for as long as one year, and in rare instances, be transmitted to intimate partners.

“We are now at a critical period in the Ebola epidemic as we move from managing cases and patients to managing the residual risk of new infections,” Bruce Aylward, WHO’s Special representative for the Ebola response, said.

“The risk of re-introduction of infection is diminishing as the virus gradually clears from the survivor population, but we still anticipate more flare-ups and must be prepared for them. A massive effort is underway to ensure robust prevention, surveillance and response capacity across all three countries by the end of March.”

The Ebola epidemic claimed the lives of more than11,300 people and infected over 28,500.