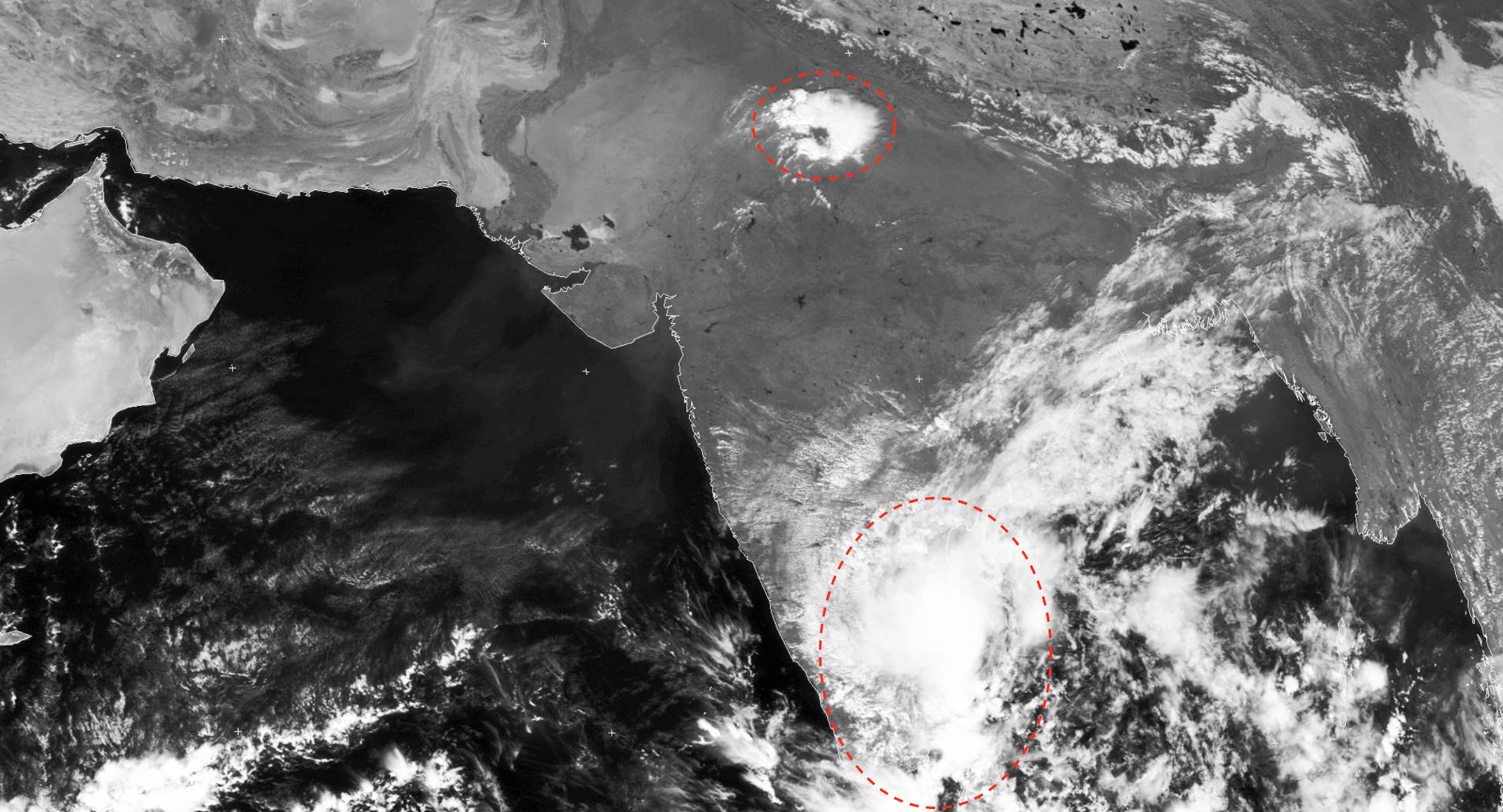 A satellite image showing intense thunderstorm in Rajasthan and Uttar Pradesh, along with dense clouding over Tamil Nadu (both circled red) (Photo: University of Dundee)

Merely after a month, “severe weather” returned to parts of north-central India on Tuesday, December 1, 2015. Parts of Rajasthan, Madhya Pradesh and Uttar Pradesh witnessed severe thunderstorms, including hailstorms. The previously mentioned upper-air trough arrived over India which set stage for these thunderstorms.

These satellite pictures of December 1 and 2, taken from European Organisation for the Exploitation of Meteorological Satellites show how strong thunderstorms developed over eastern Rajasthan and then slowly moved over parts of Haryana, finally exploding (a term used for rapid intensification of such storms) over Uttar Pradesh.

In the absence of regular alerts issued by India Meteorological Department, the weather event caused damage to life and property, thereby exposing how weather-ready India is from such outbreaks.

Another problem on Tuesday was accessing the website of IMD www.imd.gov.in. Moreover, Doppler Weather Radar products of Bhopal and Lucknow weren’t being frequently updated and accessing them was also a hassle.

During the early morning hours of Tuesday, thunderstorms were formed in eastern parts of Rajasthan, close to Bharatpur district. As the day progressed under favourable atmospheric conditions, storms intensified and produced localised heavy downpour in Bharatpur, Kota, Dholpur, Bhilwara, Sawai Madhopur. Karauli reportedly got 36 mm rain in one hour and the heavy downpour in other areas created water logging. Low-lying regions in these areas were worst impacted. The state witnessed this hailstorm just after a month. The coin-sized hails continued for about 15-20 minutes in Kumher, Deeg and Nadbai areas of Karauli and Bharatpur districts. As the storms were intense, they produced lightning strikes that claimed about five lives. Reports from locals also suggest that the storm has caused damage to mustard. Wheat, however, will get some benefit from rain. Temperatures in these regions too dropped after rain. 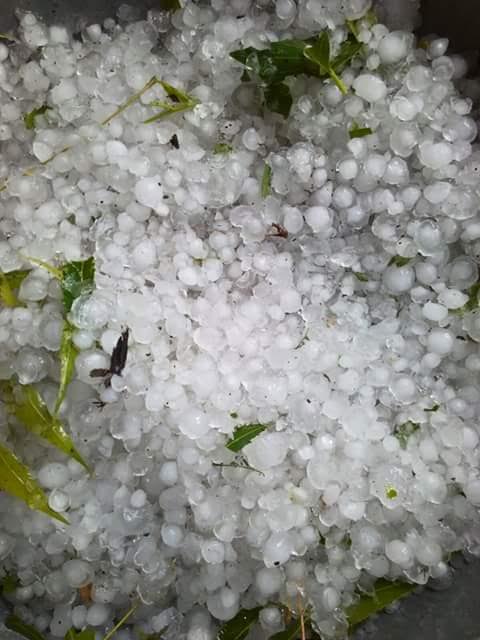 As per climatology, hailstorms aren’t expected in December, thus rendering the event unusual.

After hitting Rajasthan, thunderstorms moved into Uttar Pradesh where they intensified on Tuesday afternoon. Lucknow went into darkness in the noon hours as thick thunder clouds enveloped the city leading to strong winds, blowing dust and rain. IMD’s Automatic Weather Station in Lucknow recorded 13 mm rainfall on Tuesday, close to city’s average rain in December. Electric poles, lines and hoardings were damaged in many areas while trees got uprooted. Several villages went into darkness after the storm disrupted electricity. This was also an unusual event for UP.

Hails reportedly caused damage to crops like potatoes and mustard in Kannauj. Like Rajasthan, lightning strikes were reported in Uttar Pradesh also, which reportedly claimed about seven lives.

Just like Rajasthan, hailstorm in Bundelkhand at this time of year is also unusual. The event was another blow to the farmer-distressed region of Bundelkhand, a region that like Marathwada is witnessing repeated crop damages due to hailstorms and rain. Several districts like Banda, Hamirpur and Mahoba witnessed heavy rain. Significant hailstorms had already impacted Banda earlier this year. Crop damage has also been reported in Chitrakoot district of Madhya Pradesh. But the worry doesn’t end here. Another thunderstorm hit parts of northern Madhya Pradesh that are close to Bundelkhand on Tuesday night. Reports of impact of fresh storms are awaited.