More than 27,000 hectares of crops have been destroyed in Jalna district alone 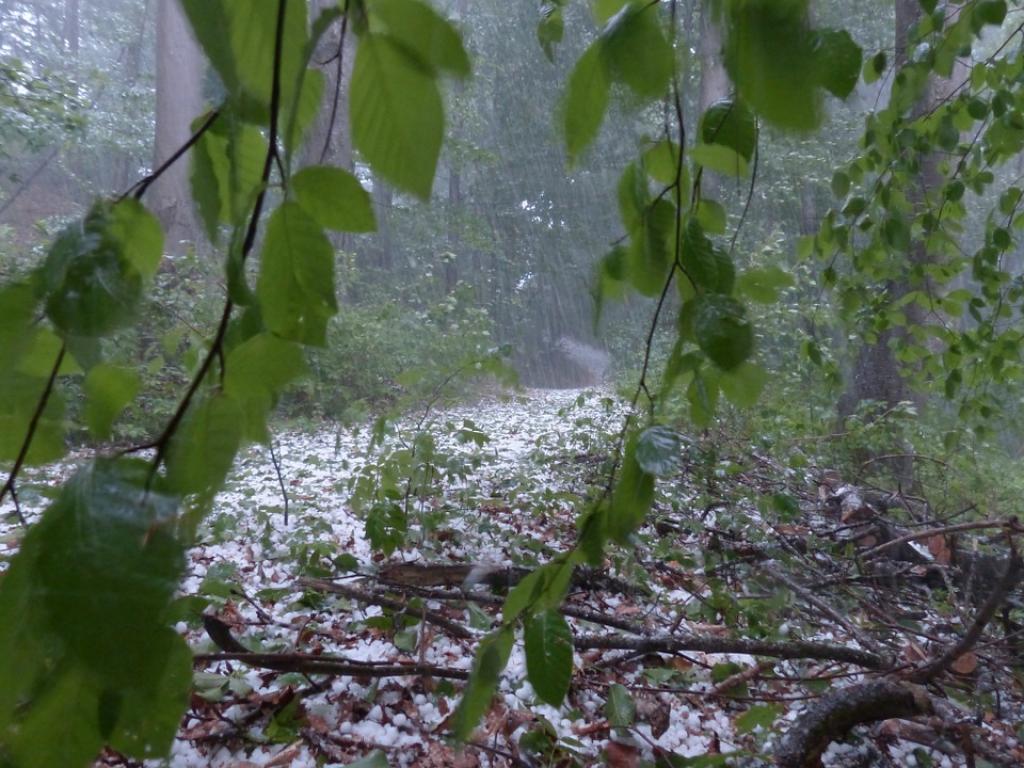 Most parts of Vidarbha and Marathwada witnessed hailstorm for the second consecutive day on Sunday, severely affecting standing crops of wheat, grapes, jowar, onion and chickpea in Jalna, Beed, Buldhana, Washim, Amravati and Akola districts. At least three people were killed—two men from Jalna and a woman from Washim. These districts experienced an unexpected hailstorm accompanied by hailstones weighing as much as 34 grams, according to reports.

Such an inclement weather was the outcome of the movement of western disturbances over North India.

Gajanan Jarwal, a Jalna district official, told Down To Earth that according to an initial assessment, more than 27,000 hectares of crops have been destroyed in the district due to the hailstorm. About 180 villages from Jalna districts are reprotedly worse hit. The farmers in Jalna, Parbhani and Aurangabad districts are already reeling under pink bollworm attacks.

The post-hailstorm situation looks equally worrying in Washim district where 8,506 hectares of crop, belonging to 8,300 farmers in 37 villages, have been affected. Onion, green chickpeas and wheat are the most affected crops in the district. It is not yet known whether these farmers (mostly marginal) had their crops insured. “The state government will not offer any compensation to those who already have crop insurance. But those who don’t have crop insurance, the government gives 50 per cent of the insured amount. For example, if a farmer is supposed to get Rs 10,000 from the insurance company for his crop loss, the uninsured farmer will get Rs 5,000 from the government,” says Balasaheb Ganpat Rao Borade, one of the officials in the Disaster Management department of Washim district.

Borade, however, tells that the Government Resolution changes based on the magnitude of natural disaster, and there is a possibility that this time the government would fully compensate for the crop loss.

Meanwhile, Agriculture Minister Pandurang Fundkar has directed his department to begin documenting losses before convening a meeting with the insurance companies.

While the weather forecast issued by the IMD on February 9 did mention that “thunderstorm accompanied with hailstorm very likely at isolated places” over Marathwada, the prediction was for February 12 (Monday). It failed to make any such prediction for February 10 and 11.  However, the weather advisory issued by the Maharashtra government was more specific, flagging concern over possibility of hailstorms affecting farmlands in Gadchiroli, Gondia, Bhandara, Chandrapur, Nagpur, Wardha, Nanded and Latur apart from parts of Amravati and Yavatmal districts on Saturday, February 10.

According to today’s updated circular by the Indian Meteorological Department (IMD), “the cyclonic circulation lies over south Maharashtra and neighbouring west Rajasthan and extends up to 0.9 km above mean sea level.”