Plate tectonics is the constant recycle process of the Earth, without which the planet would look like Mars. It was previously assumed to have began about 2.7 billion years ago 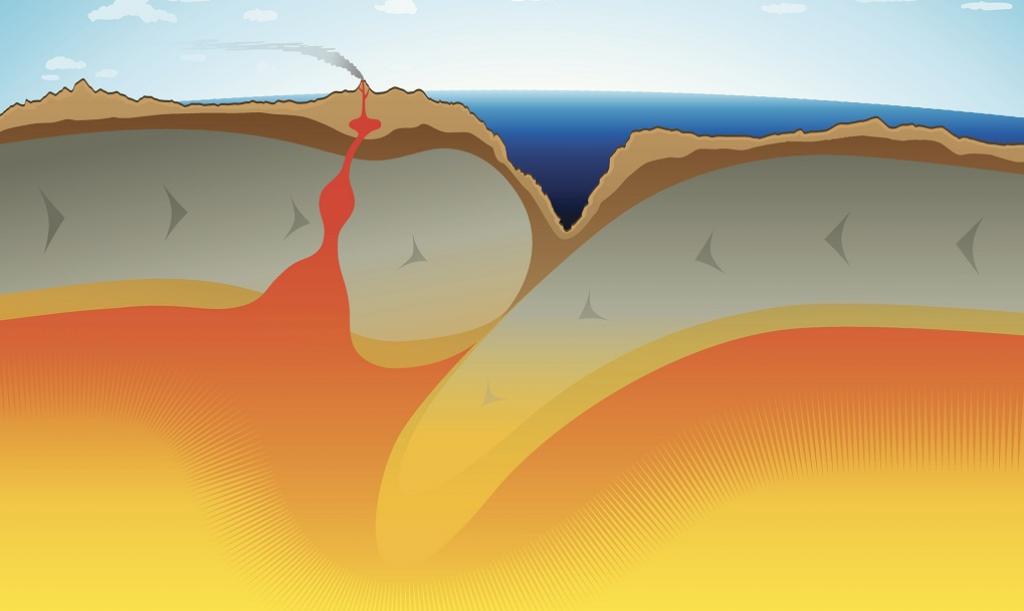 Large continental plates of the planet continuously move and the top layers of the Earth (crust) are recycled into the mantle and replaced by new layers through processes such as volcanic activity. Photo: Getty Images

Tectonic activity began on Earth 3.3 billion years ago, which is more than half a billion years earlier than originally thought, say scientists who established the findings using the remains of a microscopic drop of ancient seawater.

Plate tectonics is an essential, continuous recycling process that is unique to Earth and makes the planet inhabitable. It controls everything from atmospheric conditions to volcanoes and earthquakes.

It was previously assumed that tectonic activity began about 2.7 billion years ago on Earth.

However, a team of international scientists found that this process started 600 million years before that, according to the study published in the journal Nature.

To establish the new timeline, they analysed a piece of rock melt called komatiite —  ultramafic mantle-derived volcanic rock rich in magnesium oxide. It was derived from the hottest magma ever produced in the first quarter of Earth’s existence (the Archaean). It is named after the type occurrence in the Komati river near Barberton in Mpumalanga in present South Africa.

While most of the komatiites were covered by alteration and exposure to the atmosphere, small droplets of the molten rock were preserved in a most magnesium-rich mineral called olivine.

“We examined a piece of melt that was 10 microns (0.01mm) in diametre and analysed its chemical indicators such as H2O (water) content, chlorine and deuterium/hydrogen ratio and found that Earth’s recycling process started about 600 million years earlier than originally thought,” said Allan Wilson, professor from the University of the Witwatersrand in Johannesburg, South Africa, in a release

“We found that seawater was transported deep into the mantle and then re-emerged through volcanic plumes from the core-mantle boundary,” he added.

Plate tectonics is the constant recycle process of the Earth, without which the planet would look like Mars. During the process large continental plates continuously move and the top layers of the Earth (crust) are recycled into the mantle. These are then replaced by new layers through processes such as volcanic activity.

The new findings would research to understand the first stages of plate tectonics and the start of stable continental crust.

“Our research showing that plate tectonics started 3.3 billion years ago now coincides with the period that life started on Earth. It tells us where the planet came from and how it evolved,” Wilson said.