How does Mars sound? First audio clip from the Red Planet gives an idea

Any note we hear on Earth would sound fainter and more sombre on Mars, observed the Perseverance rover 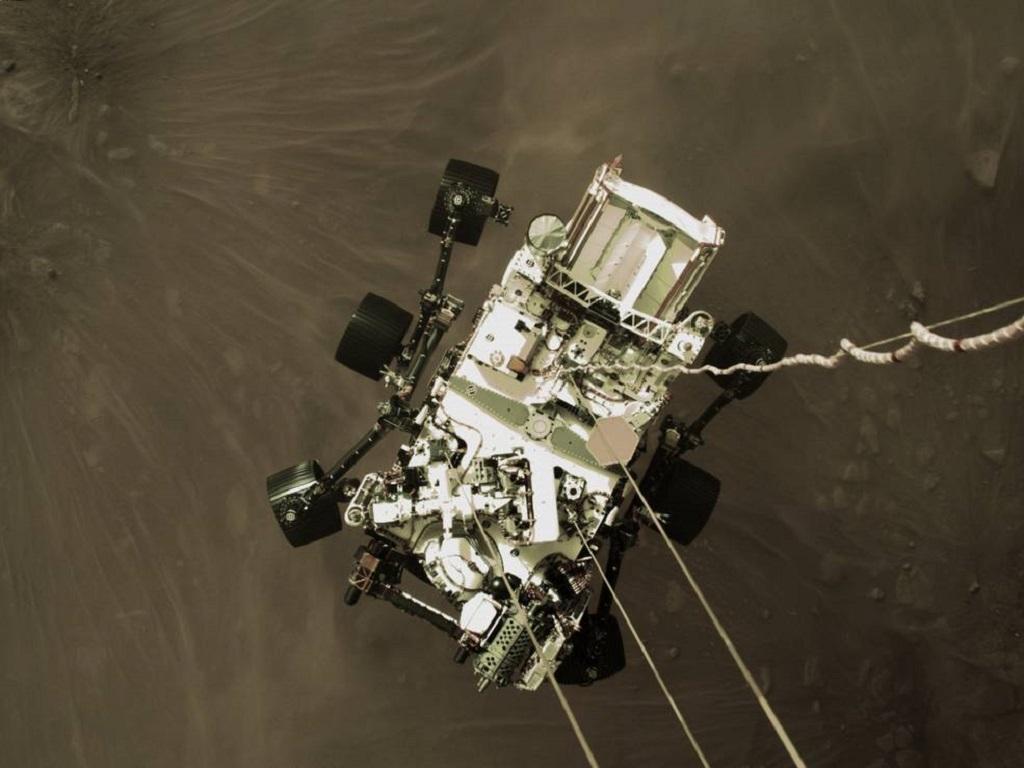 The Perseverance rover that landed on Mars on February 18, 2021 recorded the first-ever audio clip from the Red Planet. The 60-second clip is the sound of Martian winds blowing on the Jezero Crater two days after the landing.

Perseverance went to Mars with two microphones, one to record the sounds of the landing and the other for understanding composition of rocks and other Martian surfaces. The “off-the-shelf” microphone failed to collect data during the descent but survived the landing and picked up the sound of the Martian atmosphere.

“About 10 seconds into the 60-second recording, a Martian breeze is audible for a few seconds, as are mechanical sounds of the rover operating on the surface,” NASA said in a press statement.

Any note we hear on Earth will sound fainter and more sombre on Mars, where the density of the atmosphere is bout a 100th of that of Earth; the temperature is  much lower too and the concentration of carbon dioxide (CO2) very high.

The average surface temperature on Mars is minus 63 degree Celsius. This reduces the speed of sound by around 100 metres per second compared to that on Earth. The lower density suppress the volume of sound and CO2, which makes up about 96 per cent of the Martian atmosphere, absorbs high-pitched sounds, letting only the duller notes to travel far.

To help us perceive the acoustics of the Red Planet, NASA has also curated a playlist of natural tunes, city noises and voices from Earth and juxtaposed it with a playlist of how they would sound on Mars. Most of the sounds were muffled and aquired a mechanical flatness.

For example,  high-pitched chirping of birds in a busy street would be almost cancelled out and only a muffled version of the city noise will be audible. Voices and other low-pitched vibrations would just sound fainter without much difference.

The web tool also lets the user explore how they would sound on Mars by uploading a 10-second voice clip.

The Mars playlist was generated by taking into account the three key atmospheric variables that alter how we perceive sound “with a simulated distance of about 492 feet (150 meters) between the audio source and the listener”.

Perseverance, which was sent to Mars to detect signs of ancient life, also sent back footage of the landing. The video captures the wrinkled, rust-coloured surface of Mars with large craters as visible from the oscillating rover as it settles on the landing site and whips up a cloud of red dust.