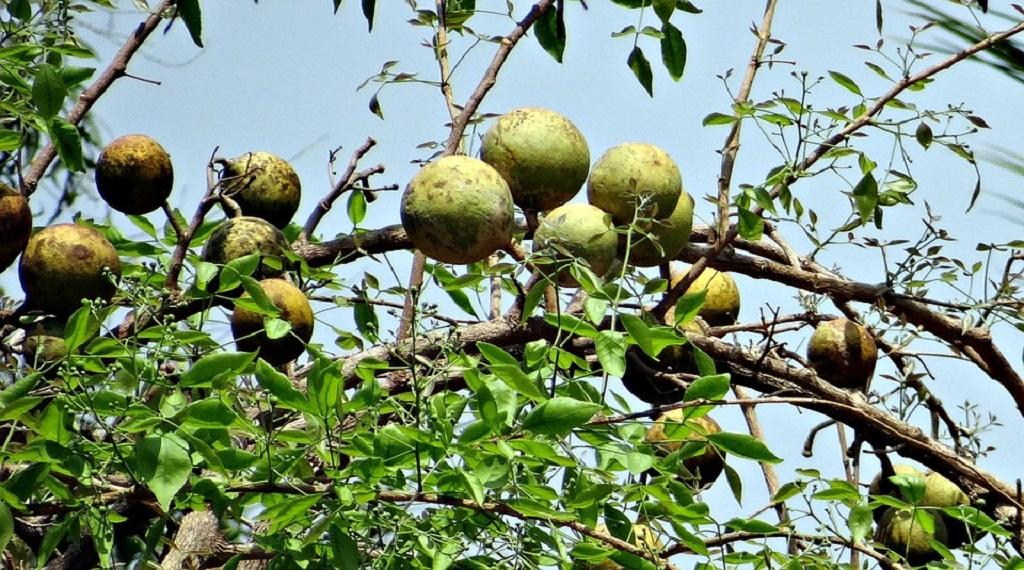 In India, an estimated 50,000 people die of snake bites every year and many don’t even make it to a hospital. In traditional systems of medicine, over 350 plant species have been identified as antidotes to snake venom but there are few scientific studies validating their efficacy and mode of action at molecular level.

The research team found that the extracts inhibited destruction of red blood cells and action of acetylcholinesterase blockers induced by the venom. Acetylcholinesterase blockers prevent muscle contraction of ribs and chest making breathing difficult, a major reason for instantaneous death due to cobra bite. The extracts also reduced abnormal breakdown of proteins by the venom.

Bael, also known as Bengal Quince, can be found throughout Indian subcontinent and south east Asia. Scientists evaluated extracts of leaves, bark and roots of the tree in laboratory and then used computer-based studies to identify molecules in these extracts that attach to venom proteins and can aid detoxification.

“Snake venom consists of innumerable biologically active molecules. Its individual constituents, quality and quantity are unstable and unpredictable. Similarly, the plant extract contains a plethora of chemical constituents which are not always stable but their synergistic effect can neutralize multi toxicity,” explained Dr S Sreekumar, a member of the research team while talking to India Science Wire.

The results of interaction between 81 phytochemicals from Bael and each of the 14 venom proteins revealed that the plant contains potential molecules for detoxification of all cobra venom proteins. However, of the 12 selected molecules, three failed the drug likeness test.

“This is a good beginning but the study is in vitro. They have to prove its efficacy through tests in human beings and then arrive at exact amount of plant extract that will serve the purpose. It is a very tedious process,” commented Dr H S Bawaskar, an expert on snake and scorpion bites at Maharashtra-based Bawaskar Hospital and Research Centre, who is not connected with the study.

The research team is planning to take up this challenge in the next phase and develop a formulation that can be effective against four common venomous snake species of India. “We have already screened 60 plant species used in traditional medicine of which only four were found to effectively neutralize all toxic venom components. Bael is one of them. Once the screening process is complete, we will develop a standard formulation that not only works for all venoms but also leads to fewer or no side effects,” said Sreekumar.

In modern medicine, use of anti-venom serum is the only method to treat snake bites but it comes with risk of various complications, including anaphylactic shock, pyrogen reaction and serum sickness. The serum is manufactured by injecting horses with safe levels of venoms. The antibodies they produce to fight off the venom are extracted from their blood and developed into the serum.

A big issue with this method is variation in amount of venom in a snake from region to region. An anti-venom prepared from a snake at one location loses its effectiveness when used at another site. “We need to decentralise anti-venom production to overcome geographical variation in snake venom,” said Bavaskar. Some efforts are on to collect snake venoms from different regions to develop an antidote that can work pan India.

Besides Sreekumar, the research team included N C Nisha, D A Evans and C K Biju. The study has been published in journal Current Science.