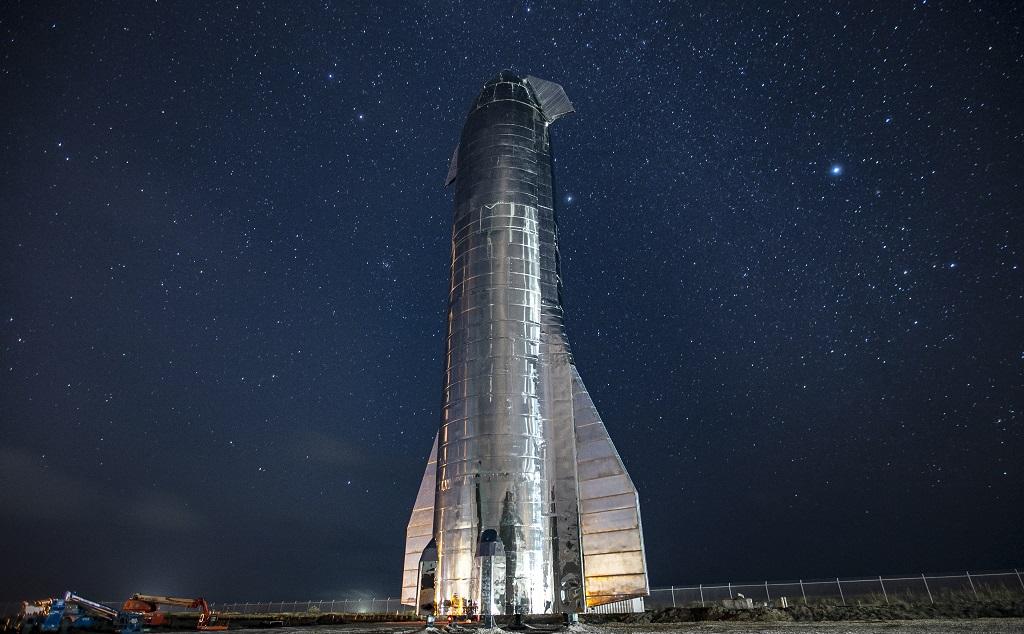 SpaceX’s Starship rocket, designed to take humans to Moon, Mars and beyond, will conduct its first orbital flight within six months and could be ferrying passengers next year, Chief Executive Elon Musk said as he unveiled its reusable launch system, according to the MIT Technology Review.

The Starship rocket MK1, being developed in Texas, features three Raptor engines powered by cryogenic methane and liquid oxygen. It is 50 metre tall and weighs about 1,400 tonnes, Musk said.

He unveiled the rocket at SpaceX’s facility in Boca Chica, Texas, on September 29, 2019, while marking the 11th anniversary of the SpaceX reaching the orbit for the first time.

With the company’s Super Heavy booster, Starship will be the largest and most powerful rocket ever made, MIT said.

A three-legged prototype of the rocket named Starhopper had in July launched two low-altitude flights, or ‘hops’ (152 metres) with a single Raptor engine, the CNET reported. The triple-engine prototype Mk1 aims to fly upto an altitude of about 20 kilometres.

The Starship rocket will also deliver more than 100 metric tonnes of mass to the surface of the Moon or Mars, SpaceX said in a tweet.

Starship will use in-space propellant transfer to enable the delivery of over 100t of useful mass to the surface of the Moon or Mars pic.twitter.com/pzCUebidZg

SpaceX, which has till date completed 78 launches, is assembling the second prototype, MK2, at its facility in Cape Canaveral, Florida, while work on the third prototype, MK3, would begin construction at Boca Chica “about a month”.

The rocket will be tested in “one to two months” and carry its first passengers at some point next year, Musk claimed.

It will carry as many as 100 people on long-duration, interplanetary flights, SpaceX said in a tweet.

SpaceX is one of the two main contractors on the programme (the other is Boeing), and is developing its Crew Dragon module for Nasa's astronauts to travel to the International Space Station and beyond.

“I am looking forward to the SpaceX announcement tomorrow. In the meantime, Commercial Crew is years behind schedule,” wrote Bridenstine on Twitter.